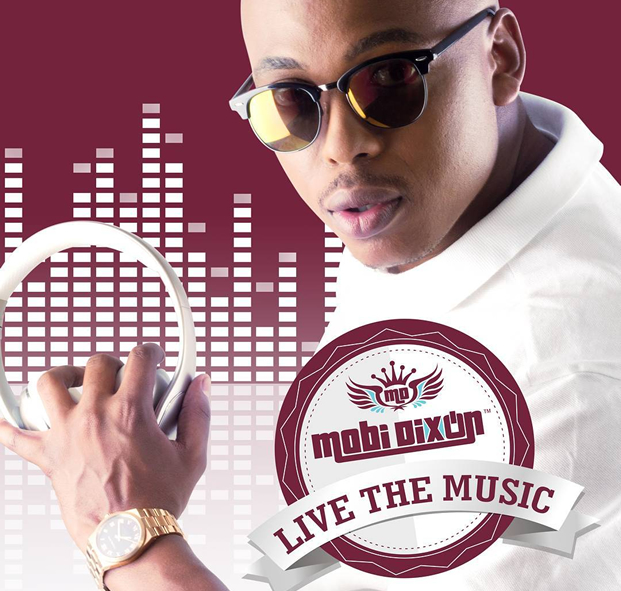 With his second offering aptly titled Live The Music, Mobi Dixon is well on his pursuit to showcase his craftsmanship and his unique blend of house as he lives well into his sixteenth year as a musician. Mobi Dixon shares an innerview of his latest studio project with us.

@Houseonmag: How would you best describe the past sixteen years you have invested in the music industry (taking into consideration this is your second offering)?

@Mobi_Dixon: It’s been quite a journey that has moulded my skills and my level of understanding of the music industry.

@Houseonmag: Which of the featured collaborations really stretched your envelope as an artist and why?

@Mobi_Dixon: It has to be with Monique Bingham, she is arguably the best female House vocalist in the world and she is based on the other side of the world – in the USA, so you can imagine what it took to make this collaboration happen.

Dixon brings to the fold a special vocal performer in Inga Hina whose harmonic ability places her contentedly between the late South African sweethearts Brenda Fassie and Lebo Mathosa, Mobi captures her powerfully on the well-attuned ‘Trigger’ which culminates into a passionate blend of ethnic percussive grooves and acoustic instrumentation. Inga’s vocal prowess delivers distinctive elements of home-grown soul as musical talents ‘Shoxx’ who plays the bass, ‘Fatso’ through lead guitar and ‘Siseko Pame’ on violin accompany her with jazzy sediments.

Our collaborators got behind the scenes perspectives of his Johannesburg leg of the music video shoot for ‘Trigger’, which Mobi reveals was shot in four effervescent cities. The video depicts him as a traveller experiencing the unique vibe of each – while capturing picturesque views of our nation.

Testament of Dixon’s tuneful ability to reach far and wide across our vast musical landscape, something he showcased on his first studio project ‘Tribal Soul’ on which he collaborated with the likes of Msaki and Mque while earning dance ritual mixes of ‘City Rains’ from house music stalwart Louie Vega among various award nominations.

@Houseonmag: What personal benchmark have you set for this project as a measure of its success?

@Mobi_Dixon: Initially it was platinum until we found out that Tribal Soul has gone platinum, so now we have to raise the bar and push for double platinum.

Dixon makes mention of a musical interpretation of the timeless contribution ‘Hello My Baby’ by world renowned vocal group Lady Smith Black Mambazo as one of his personal favourites coming from the album.

@Houseonmag: How has this project contributed to your overall growth as an artist?

@Mobi_Dixon: I’m the kind of producer who always tries to improve with each and every song I do, so I feel this album is a notch better than the previous album and I believe it will place me at a better level as an artist.

@Houseonmag: How have you built this project to set not only you but itself apart in the House music scene?

@Mobi_Dixon: It still resonates my unique signature sound Tribal Soul, which in itself sets me apart. Furthermore it offers a variety of sounds and well chosen feature artists.

Collaborators Note: Already acknowledged as one of the fastest growing locally brewed offerings of 2016, the official music video for ‘Trigger’ is sited to drop in latter stages of the month of August. Which will swiftly be followed up by the release of the complete musical venture on the 02 September 2016. ‘Till then enjoy the scenes and live the music.