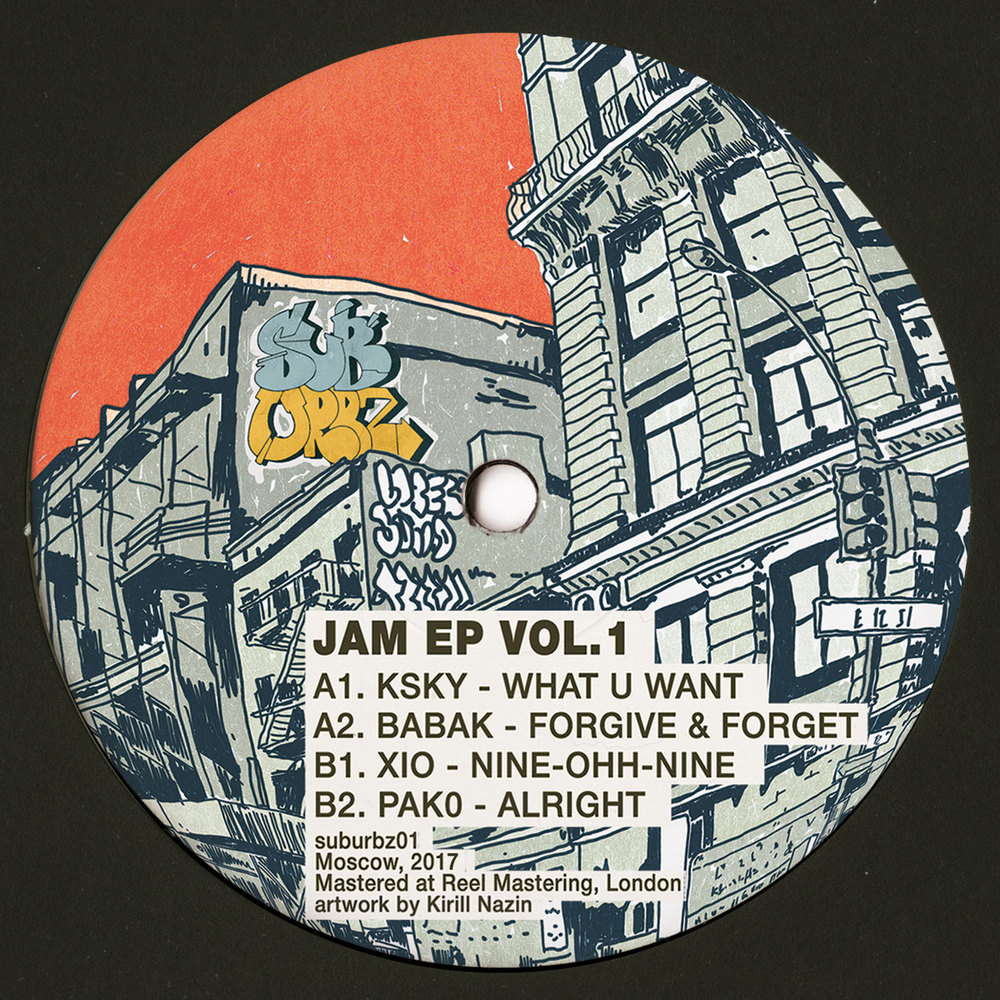 Saint Petersburg is home to electronic house music project KSKY. Willing in most instances to use nothing more than a westernized Christian name – Paul – this performer brands his italo- and nu-disco output with an “astral” phrasing to match that of other stargazing DJs. KSKY refers to himself as a “‘chordy’ maniac… a cosmo-romantic from a deep city.” It’s worth noting that his surname can be discovered with a little effort: Korzhensky.

SubUrbz entrusts Grigory Babak another Saint Petersburg native with the inner most groove of side A on the record. Regarded as the ‘black horse’ of the Russian house music scene and at the same time as one of its main hopes, Babak offers us a stand out percussive and mildly psychedelic groove titled ‘Forgive and Forget’.

Collaborators Note: Based on its various moods and music styles, this record would definitely become a secret weapon in your vinyl bag. Whatever you prefer – stringy melodic house, dark disco, breakbeat or classic house, you will find something to jam to on JAM EP VOLUME 1.