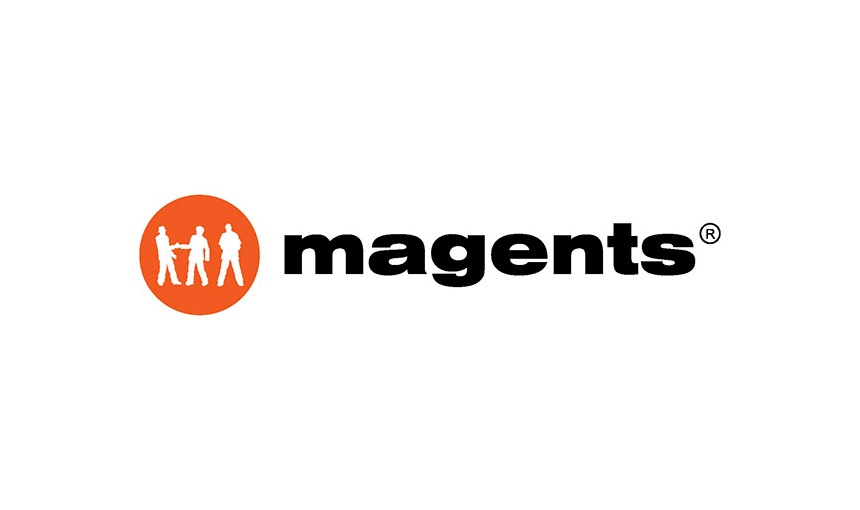 “If music is the heart of Africa, you might say apparel, from traditional to modern, is its skin?” One African apparel brand making waves at home and abroad is Magents, which started out with an authentically modest shop in Johannesburg, Gauteng. We recently crossed paths with Magents creative founders Didier and Thei at the Turbine Hall in Newtown, Johannesburg – where Ballentines recently hosted the Beat of Africa starring local beat-bangers Black Motion. 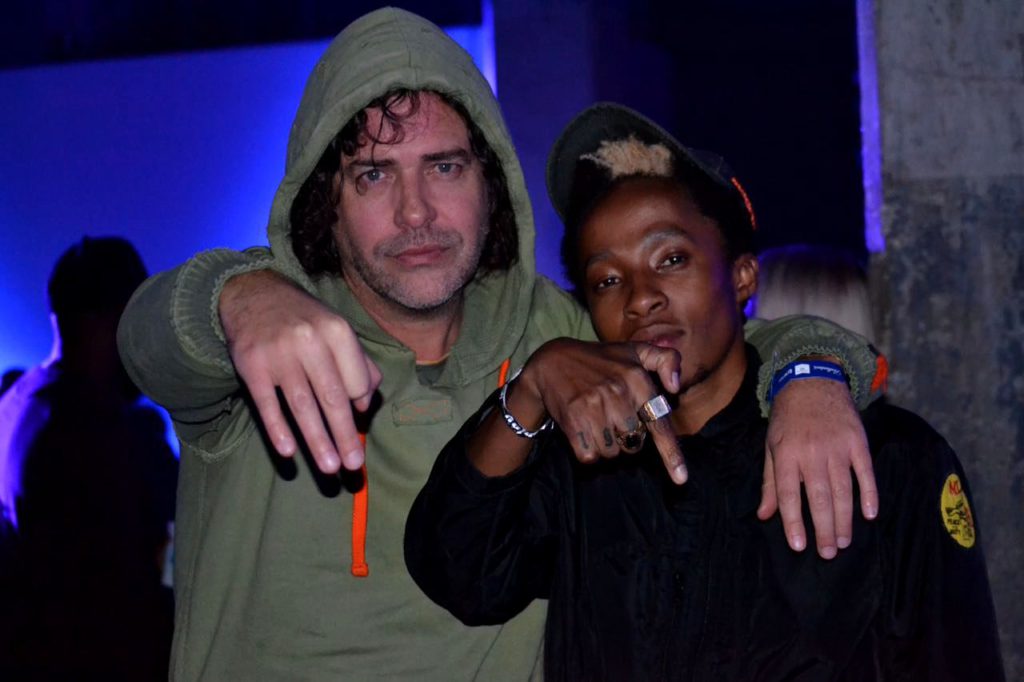 Magents Lifestyle Apparel has been endorsed and sported by the likes of Kwaito legends TKZee, House Music production duo Revolution and local house mainstay Glen Lewis [as way back as Castle Loud Live on SABC 1]. Now-a-days it has found resonance with J’Something of Mi Casa and most recently Hip Hop artist Reason HD.

Didier and Thei offered us their unique perspectives on the local fashion industry, sharing some insights on the history of Magents Lifestyle Apparel and their personal experiences as lifestyle entrepreneurs in post liberation, South Africa. They highlighted some of the milestones and challenges they have encountered over their 25 year journey, learning in practice about the world of fashion while threading through the hustle. A local lifestyle apparel brand which was established at the brink of dawn of South Africa’s democracy in 1992. Magents Lifestyle Apparel has since been part of our local aesthetic and culture, an understated yet influential apparel brand that proudly narrates our culturally rich and politically influenced kasi street style…

@Houseonmag: What was the point of inception – prior to establishing the brand in 1992, what inspired this move?

@Magents: The idea started among a group of guys from different backgrounds and cultures. The idea was to have a clothing store that would house everything, particularly apparel and sneakers all under one roof called Magents. We all had to wear a certain brand and style, drink a certain beer, etc. This dream then developed into a brand called Magents. This all happened in the Apartheid era which is where the new consciousness started to take shape. Yes, the struggle was there but the rising started to manifest itself within a small group of people.

@Houseonmag: How did this period of time influence the creative trajectory and narrative of the clothing designs and textures?

@Magents: There were a few elements that were hanging so thick in the air. We might not have recognized it then but looking back now, we were soaked in it;

@Houseonmag: The name of the brand suggests that you specialize in designing and manufacturing male lifestyle apparel – is there something in-store for the ladies?

@Magents: No doubt, in the past the ladies collections overtook the men’s collections at times. We came back to Afrika with a men’s only collection for a period of 12 months and then started to do our ladies collections again. The term “magents” was not used as referring to men only, but rather in today’s terms something like “the Squad”. For instance, in English we say “bye guys” and this might include girls. 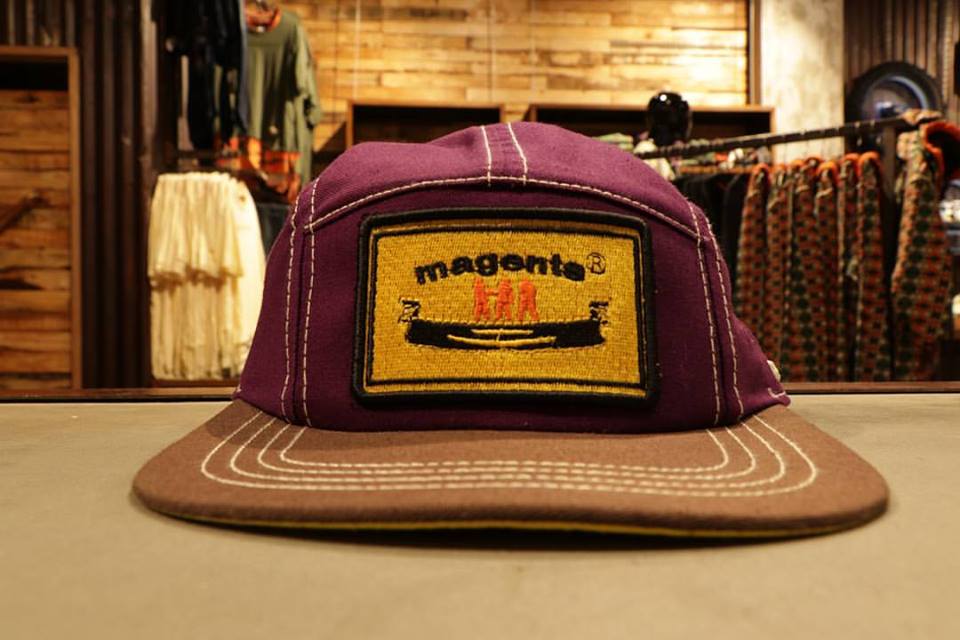 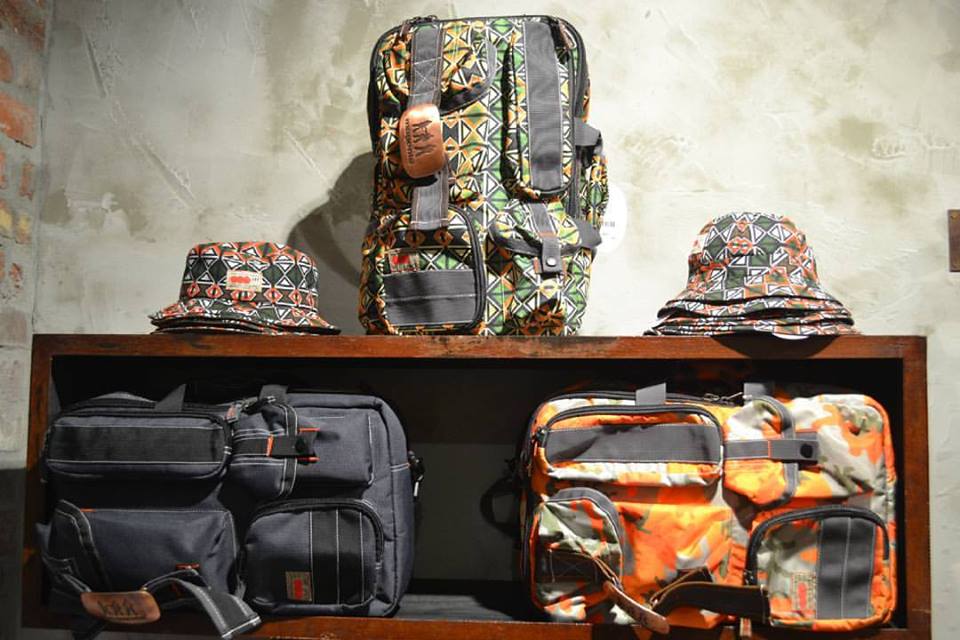 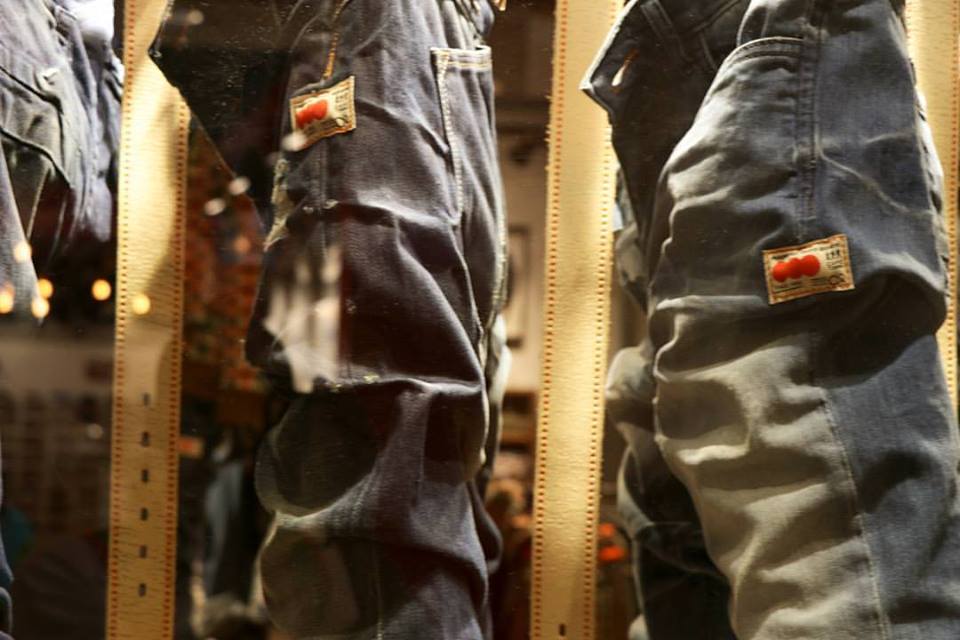 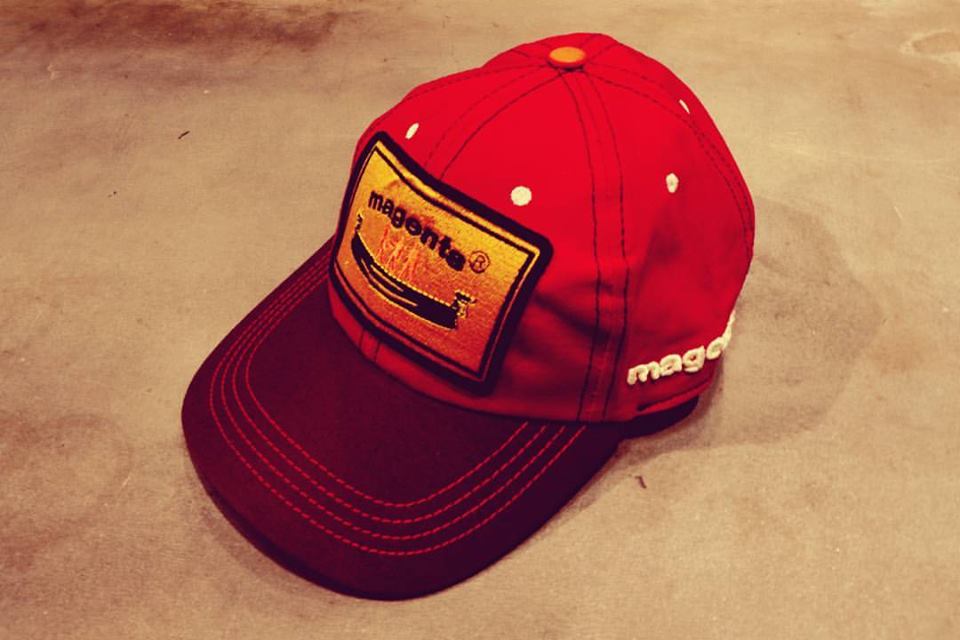 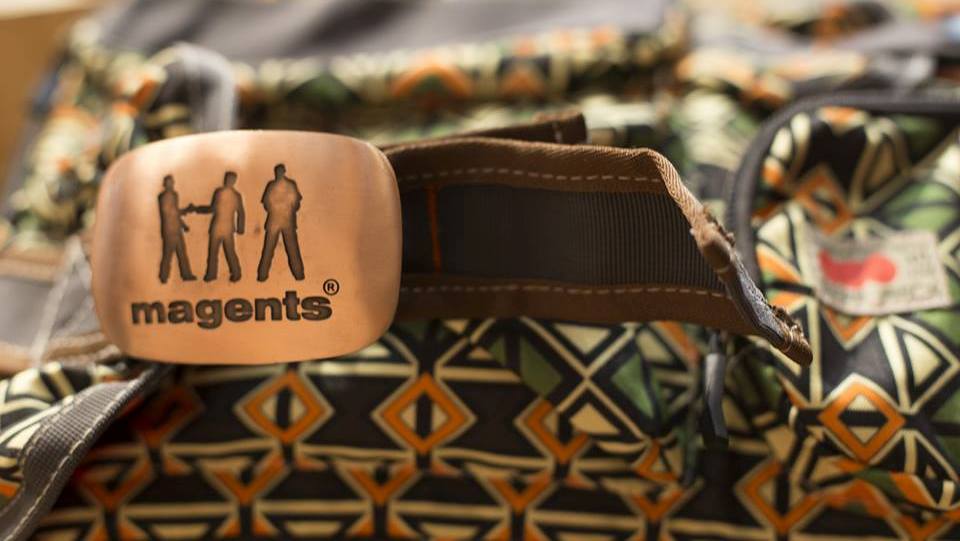 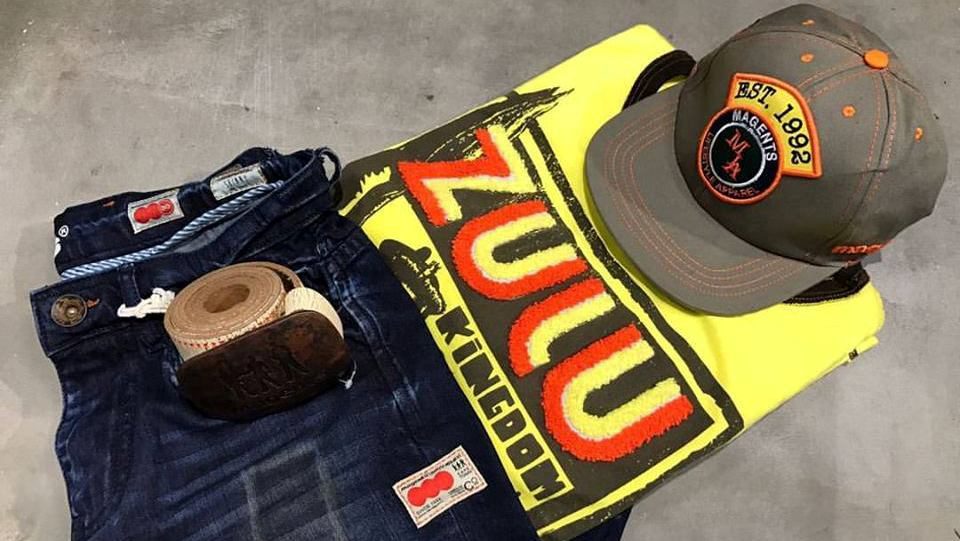 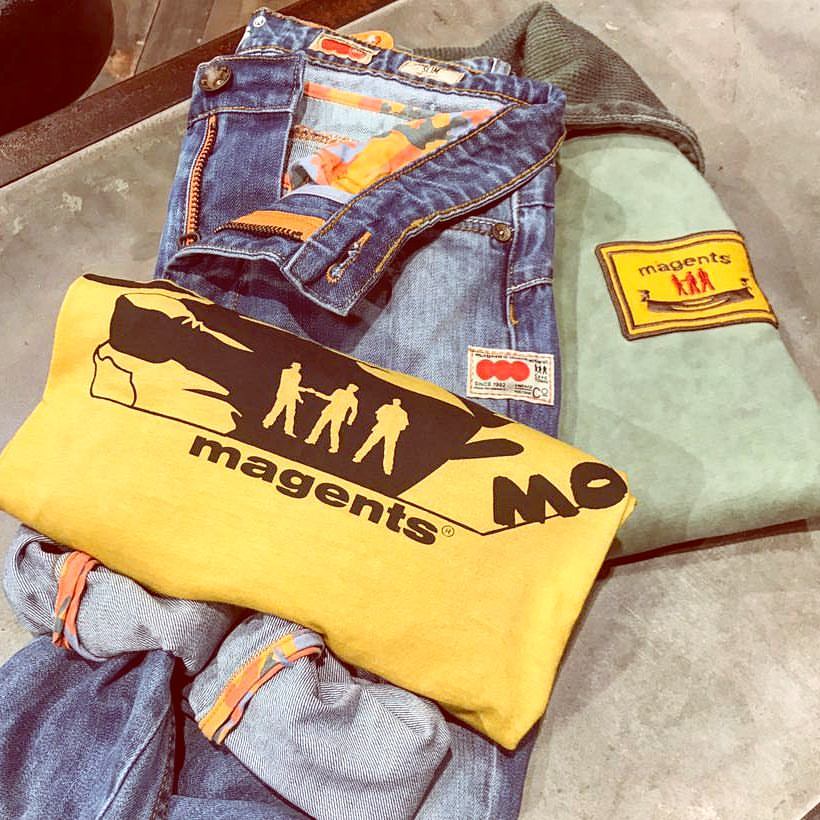 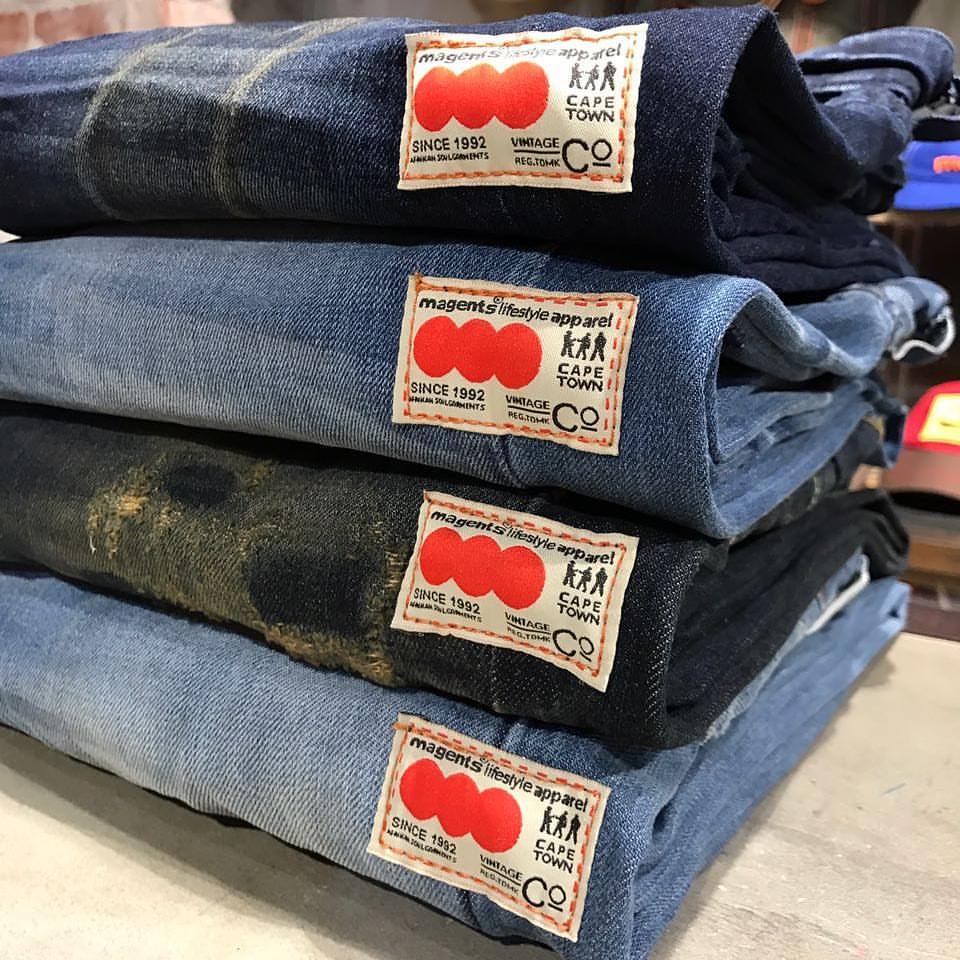 @Houseonmag: I can’t help but notice the passion you speak with when you mention, that the manufacturing of the Magents clothing is now taking place on African soil, what does this mean for the brand and what are its true benefits to the African community economically and otherwise?

@Magents: Right from  the beginning no one believed in the concept of an Afrikan brand. Then there was the name “Magents”, which made people laugh and some frown. Sharing our vision with local factories was equally as difficult. It’s that thing we do as Afrikans, not believing in ourselves. This against the backdrop of the most amazing place on earth. Its so disheartening to see that deadness in the eyes, that victim mentality, that “I have lost already” stare. BUT and that’s a big but, things are changing fast. You might see only sad stories on the news but here on the ground people are rising to a point where you want to run to the mountain tops and shout for joy! AFRIKA IS RISING! We live in the most amazing period of our history and this is not only in Southern Afrika but right through to the top of Afrika. Our people are starting to run through the valleys again, stopping to smell the roses and in general starting to realize the amazing-ness of our fellow sons and daughters of the soil.

“Magents is Afro Vintage; African in origin but inspired by the climate, the geography, the music, and the spirit of South Africa. The signature Magents t-shirt reflects the exploding talent of a new country, and the eagerness of South Africans to take risks and reinvent themselves. The brand reflects youth and sophistication. It is urban, street, edgy, but it also has the natural wildness of South Africa’s coastline and mountains in mind. It embraces the many cultures in South Africa, the country’s adventure lifestyle, its global savvy, and its spirit of independence.” – Magents

Yes, we are solidly committed to Afrika! At our international peak, we were approached by big fashion houses. This took us by surprise as we really didn’t know that we were doing something unique. We were basically just doing and being ourselves. We were manufacturing in Vietnam since SA didn’t have the skills nor the will at that stage, to produce premium apparel. We made a massive call to move our head quarters from Paris to Johannesburg and then later to Cape Town. This with the aim to start working alongside Afrikan factories to eventually supply our international distribution channels. This process took serious commitment, as it is a huge task to turn the ship around. The mindset, the will, the time it takes to acquire the skills. We are now 99,9% Afrikan as far as production goes. It is such a heartwarming experience to see your own realizing they can make top end garments. Their very own hands produced fabulous apparel.

There is a unity that blows rationale, this as a combination of strong and beautiful individuality. It is chaotic yet controlled. There is a line you can not see but all of this lends itself to streams of creativity that bursts out of many a soul. Indeed, we are proud to be called, Afrikans.

We are now focusing on our stand alone concept stores. This first on Afrikan soil and then going to the other continents. We will be in the most prominent cities and this determined by where the global travelers most frequent. Our links to selected distributors in countries like Germany, USA and Japan are also rekindled for a 2018/19 roll out.

@Houseonmag: Can you tell us more about the BIKOnscious range, what is its inspiration?

@Magents: Viva!! Brother Bantu Stephen Biko is our o so favorite. Our hearts pump when we talk about him. We had an awesome yet strange experience when we visited his grave. This just strengthened our bond with him and what he stood for. Since one of our pillars is “Konsciousness” paired with our favorite forefather BIKO, it made sense to do the “BIKOnscious” range. We are the only appointed apparel brand to design and manufacture the Biko collections, proudly so. They are the most vibrant and real foundation. The people are true to his spirit and legacy. They are extremely careful to choose who touches his writings which is his vision, which is his spirit. Our brother is STILL with us. Write what YOU like!