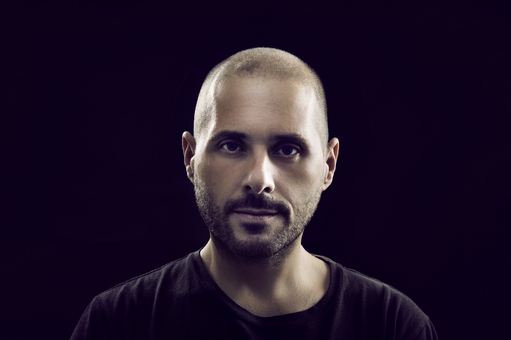 One of the quality attributes that really set DJ/Producer Jonathan Meyer apart from the rest is his ability to create ‘atmospheric fine distinctions’ in his music. Every track seems to be a building block to help him construct a sincere feel that weaves into an aurally exquisite bigger picture.

His mixing style is also refreshing, often using key elements in the tunes to draw your attention to more pivotal moments in the mix making it elegant, sexy and downright rocking. We managed to get in touch with him following the release of his EP titled ‘Breathe’ featuring Los Angeles songstress Billie Jean.

Your career spans for almost ten years with successful releases along the way. To what would you attribute your staying power?

The first element of course is the music passion. In the 10 years I don’t know how many hours and days I’ve spent in the studio, trying to find the right sounds to give to the people that listen to my music.

I always say that every one of us has a gift; a particular gift that brings you closer to where you want to be. Mine has brought me to do this (music) for many years.

Out of your collaborations with other artists, which one would you say gave you a new perspective or a different appreciation of House music as a whole?

Every evolution of my sounds has been natural and I build it myself release after release. There’s no particular one that gave me a new perspective; but every collaboration inspires me.

I think some of that inspiration changed my sounds with “Mambito” released on Tony Records. With that release I found something new to transmit with my music.

From what you’ve heard and possibly experienced; what do you think of the South African House scene?

I think the South African House scene is most prolific in the world at the moment. I see a lot of people there that love the real House Music. The last release I did for Kerri Chandler’s label (MadHouse Records) received a lot of good feedback from South Africa and I think it is still played by many radio stations.

From that release I began to feel the South African enthusiasm and I hope to come there to play; so I can feel the vibe of the country in person.

On your EP ‘Breathe’ featuring Billie Jean, was there a particular essence you wanted to capture by featuring her?

When I met Billie Jean for first time I felt something particular in her voice. I immediately thought of composing a vocal song that will unleash a lot of energy without screaming vocals.

I also wanted to build an atmospheric Deep song with a perfect balance between soul and dance floor and with her voice in particular, I managed to reach that goal.

DJ Vivona’s EP featuring Miss D ‘To another Day’ is a very exciting release! How do you go about picking artists to release through the label….is there a principle that you follow?

Thanks for the feedback on Vivona’s EP by the way! DJ Vivona is my label partner. I can’t perfectly describe the criteria I follow, but the songs I look to release in ‘Super Soul Music’ need to have a quality sound first and foremost.

I want listen to something special that will surprise me. It can be a musically soulful single, an aggressive Deep Tech EP or a special Disco flavoured song. Even if it’s the original or reworked; I need to feel something from the artist that proposes it to me.

Which musician/artist do you hold in high regard?

One of my favourite artists is without a doubt Michael Jackson. He composed the best songs I’ve ever heard in my life. There is always originality in his music from full Soul songs to Rock singles. His music videos are just as original as his songs. He was also meticulous and precise in his live shows.

I follow the same steps when I do official music videos for every Super Soul Music release. I also follow the same pattern when I prepare for a live drum set. I check everything to do a great live session.

A lot of musicians/DJ’s struggle to pin point exactly who their audience is – the type of followers who’ll always support their sound no matter what. Do you know who your audience is?

I don’t think I focus on a particular kind of follower but I think my follower could be someone who likes quality Soulful House Music, without losing the right energy to dance in the club. They would also need to have a particular inclination for the drums.

I would say to them there’s new fresh stuff for their soul coming. They should also look out for a new release coming out soon titled “Come on Over” with the colourful and powerful voice by Miss D. Many other things for 2013 are already in the pipeline.