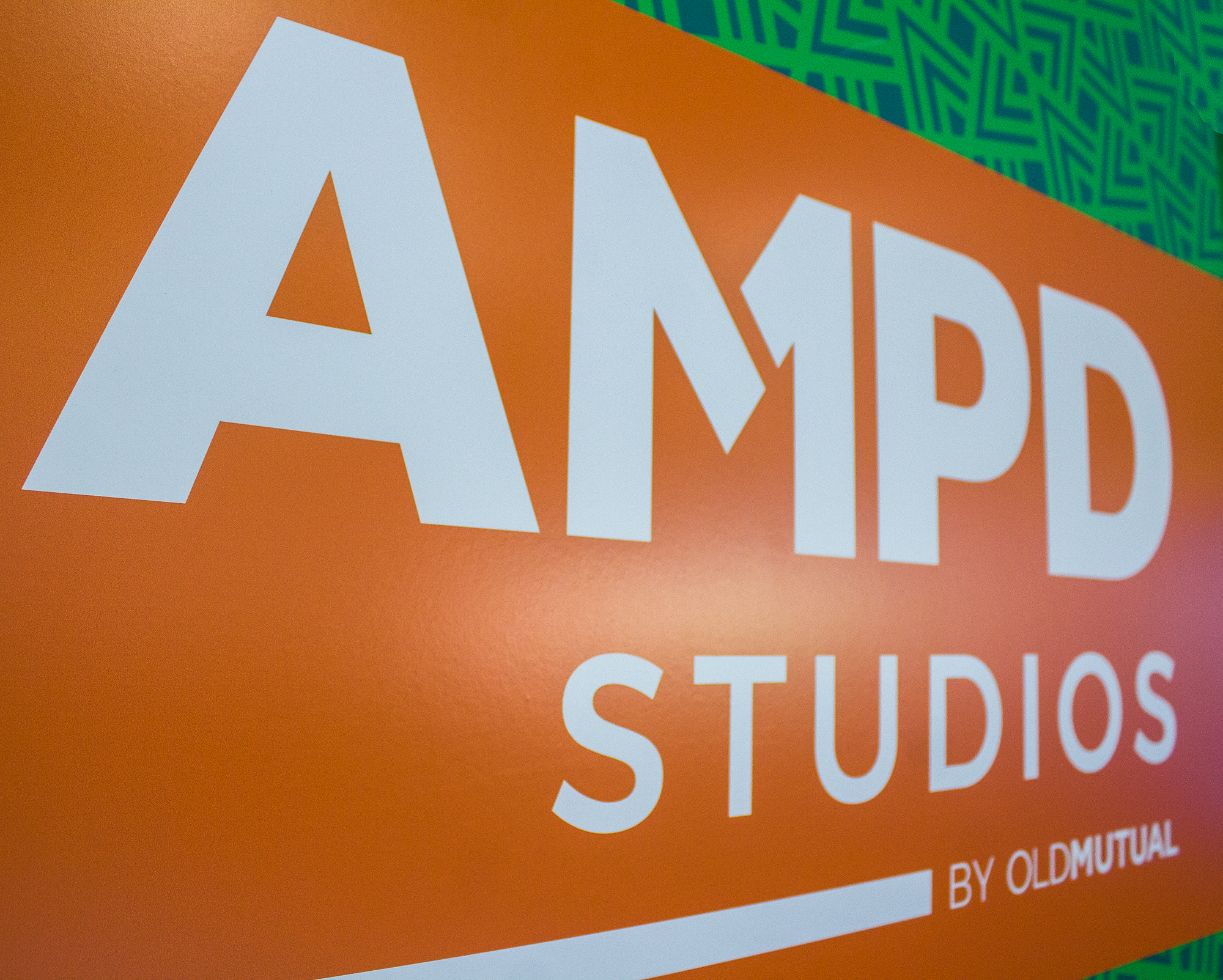 ON THE AMPD STUDIOS BULLETIN

What a time to be alive – if you are a working creative. Thanks to Old Mutual, gone is the old narrative that as a talented and hard-working artist, you should worry about lack of resource, mentoring, financial readiness or exploitation as either a bearer to entry or stumbling block to navigating this ever-challenging creative industry.

With the 4th industrial revolution disrupting almost every industry, this is arguably the best time to invest in our creative juices and in May, Old Mutual launched AMPD Studios in Johannesburg – Newtown. Specifically geared to empowering aspiring artists and help steer them through the tough obstacle course that the creative industry can be, there is no better time than the present for the creative industry in South Africa to level up. Old Mutual Sponsorship and Events Manager Bandile Mgoma switches us on…

Who better to shed light than the industry torchbearers? Old Mutual’s AMPD Studios has initiated Masterclasses that serve to improve the lives of upcoming creatives by providing them with world-class resources, tried and tested methods to improving one’s craft, as well as tips on remaining consistent in the industry. Each Masterclass offers life lessons from some of South Africa’s most successful artists engaging with live audiences; and for those of you who cannot make it to the AMPD Studios, there is the option of live streaming. 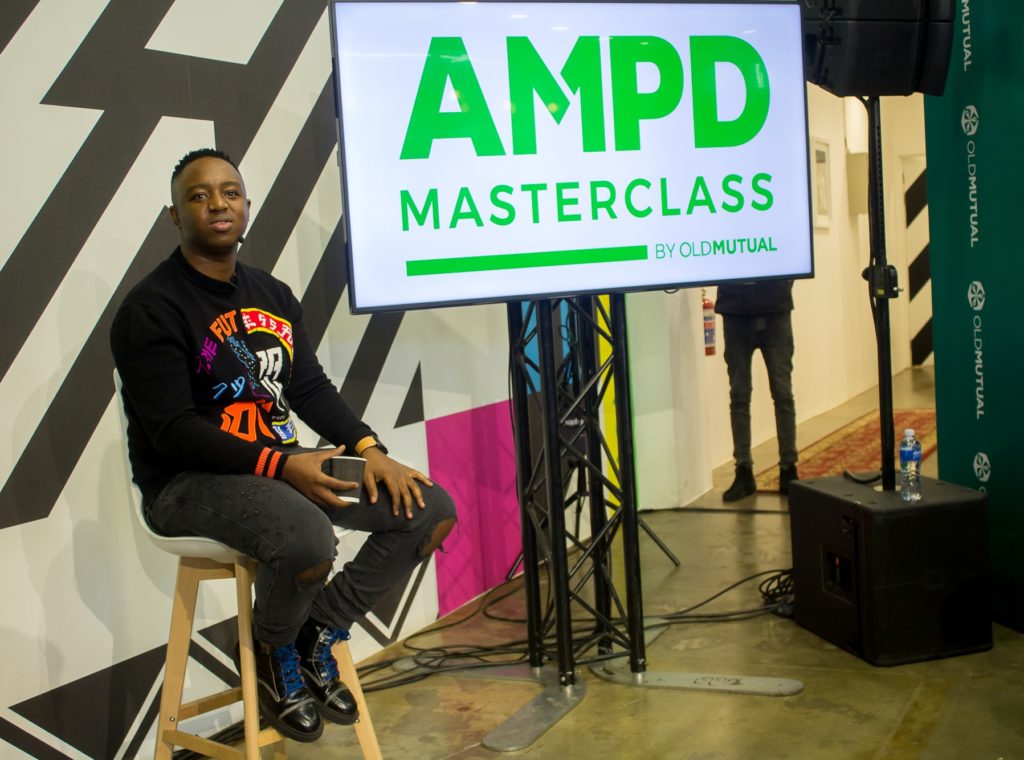 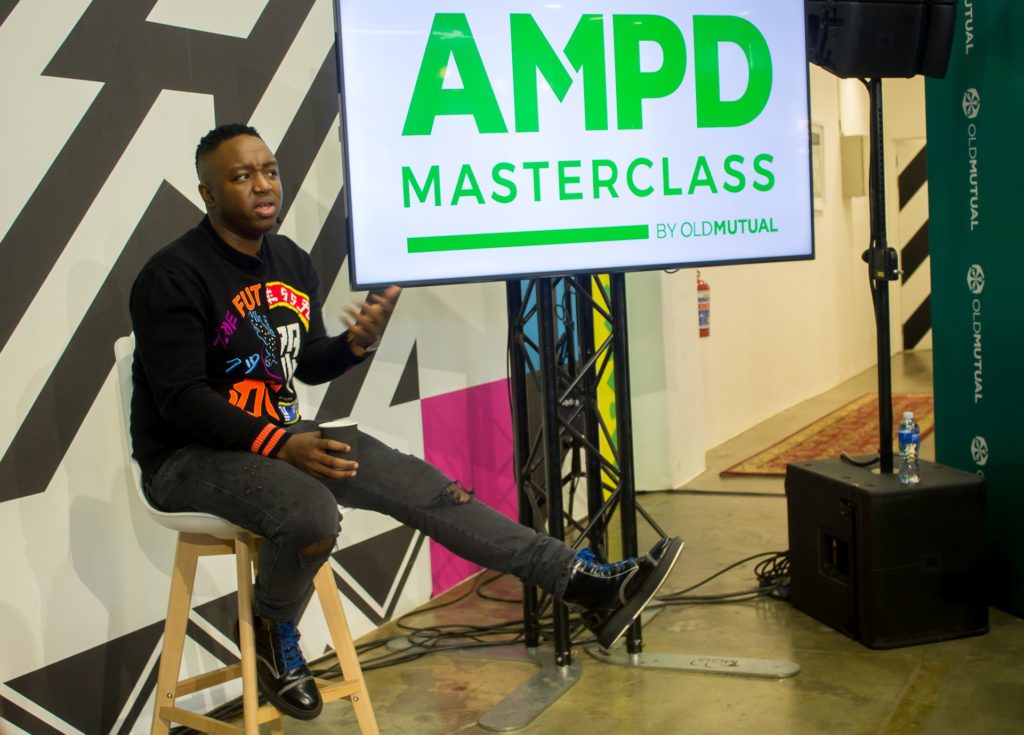 Tembisa’s very own Ashley “Shimza” Raphala headlined the July edition of the AMPD Masterclasses, sharing of his lived experiences and answering some frequently asked questions about the music industry. Having started playing in stokvels from the tender age of 14 to becoming the well established and internationally touring DJ he is today, Shimza gave valuable insights to the aspiring creatives and influencers. 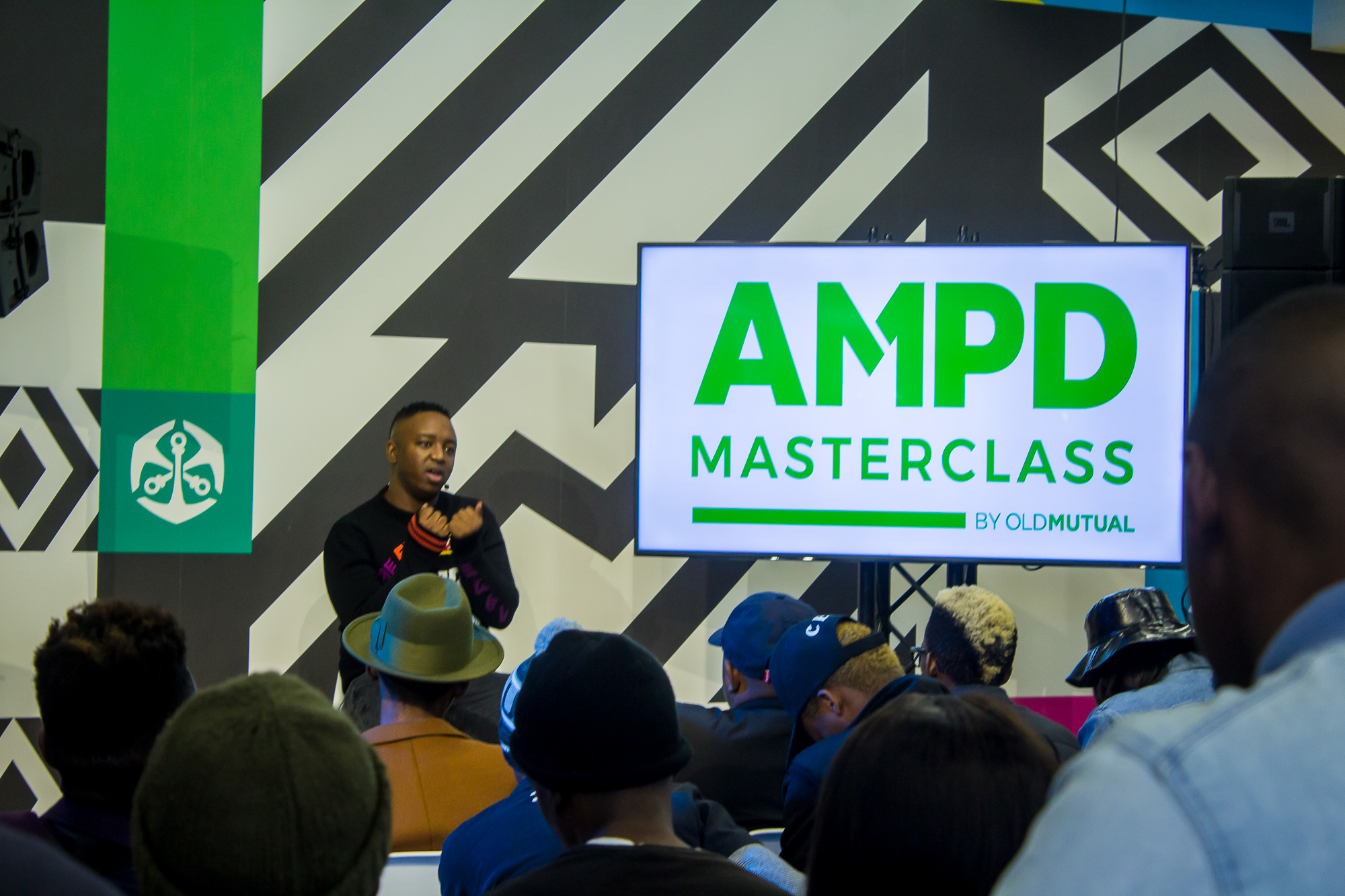 Head of Brand at Old Mutual Thobile Tshabalala says “AMPD Studios is more than just a music studio and stage. It’s also a platform for amplifying creativity and talent and provides networking opportunities and a professional working space (with free WiFi) for meetings, events, exhibitions, launches, and other constructive dialogues. “The venue is a space for people to grow and learn and be inspired by the potential out there,” she added. “At the same time, it offers access to practical advice and mentorship on achieving lasting financial success and greatness.”

In line with the monthly AMPD Masterclasses, AMPD Studios also hosts live conversations between current stars and legacy artists. These AMPD ICON Hero Conversations happen once a month and are broadcast live on Metro FM and on Old Mutual’s Facebook page as well as the big public screen in the Newtown Junction. The latest of which was an inspirational and thought-provoking conversation which featured South African Afro-jazz pioneer Vusi Mahlasela and Mi Casa’s J’Something. Other luminaries who have already graced the AMPD Studio platform include Letta Mbuli, Thandiswa Mazwai, Sipho  Hotstix Mabuse and Slikour. Up next on the AMPD ICON Hero conversations is Mama Africa, Yvonne Chaka Chaka. 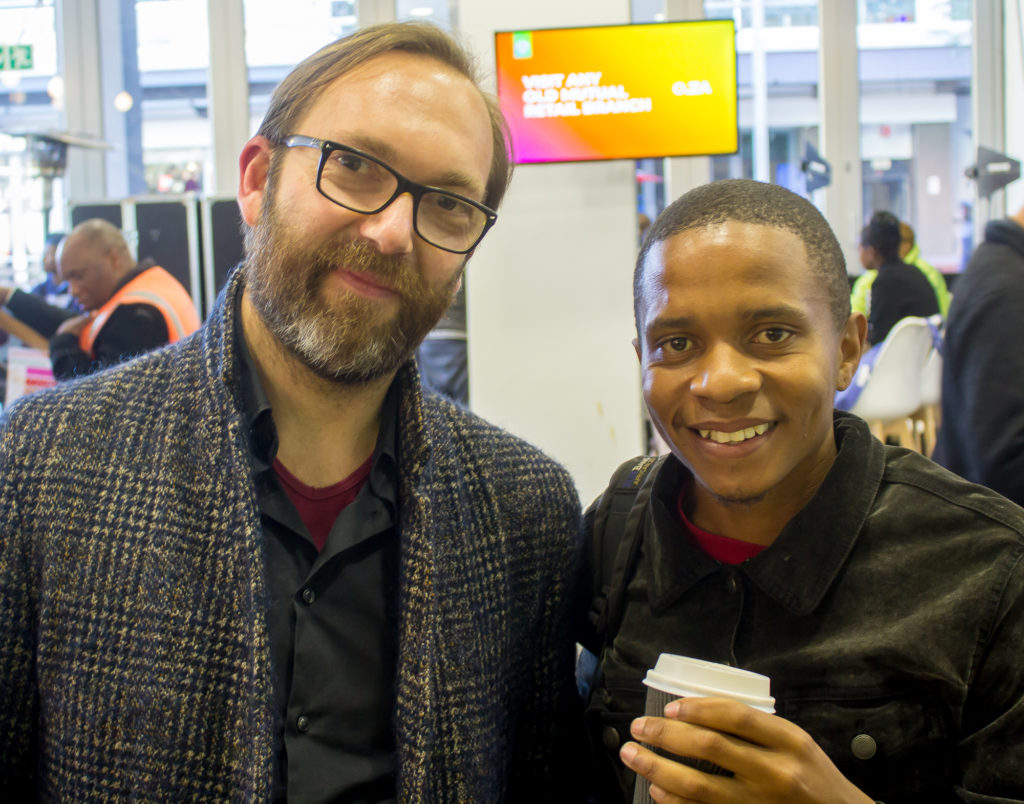 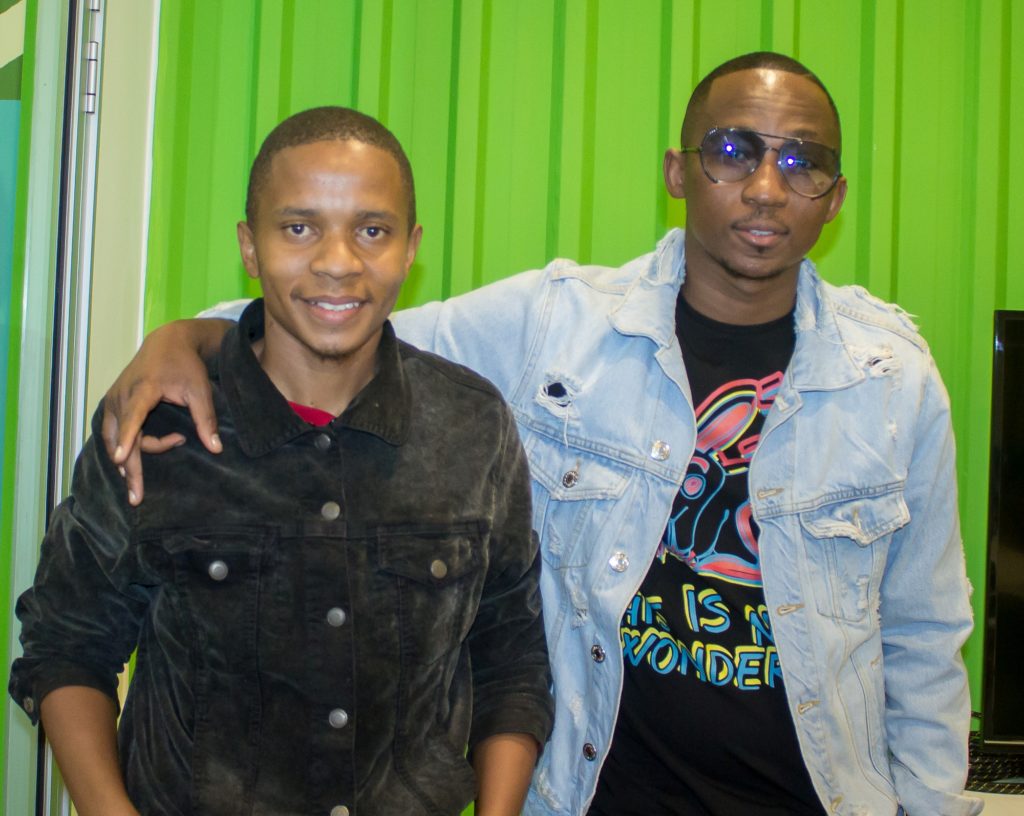 We had a very interesting and insightful conversation with in-house mentor and coach Khuli Chana about his involvement in AMPD Studios. Chana touched base on how important it is to maintain financial standards while you’re still hot in the industry; he quoted the Tswana proverb “Le aramele le santse le tlhabile” which means ‘Busk in the sun while it’s still shining’, with that emphasizing how imperative it is for artist and musicians to actually save up while they’re still making money, make sound investments and get financial education.

Collaborators Note: AMPD Studios is one of the best places to network with a lot of individuals from different fields, thus one learns a lot of things from such influential people. Iconic photographer Siphiwe Mhlambi and Jon Savage of The Eye Radio which broadcasts live from AMPD Studios were among the greats we got to rub shoulders with on the day.