Aktimates for The Bold & Stylish 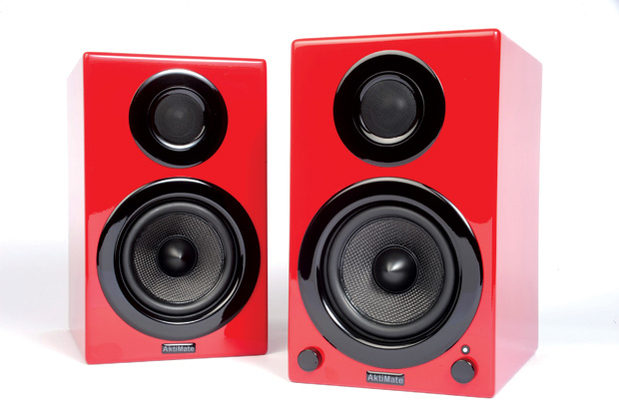 Sound for The Bold & Stylish, AktiMate™ was first introduced in December 2007. Not a year has passed where it has failed to receive an award in some part of the world. There is no doubt this is a product which has truly captured the imagination of music lovers and producers alike. The Akimate collected the Desktop Speaker of the Year Award 2011 – as awarded by Sound & Image, Australia.

Although nicely finished in red, white or black piano gloss, the Aktimate Micros are, at first glance, underwhelming – but from those plain looks come hidden depths and brilliant performance.

The mirco amp is built in: in this case a two-channel, 40W affair. One knob controls volume; the other selects the input you’re using: the iPod dock up top, a 3.5mm jack or the USB input that acts as an external sound card for your computer (and should make anything played through it sound much better than it does through the headphone socket).

Despite their 24cm stature they sound huge and composed, with bags of treble and midrange detail, beat-perfect timing and a clear soundstage. The bass is a little exuberant for monitoring, but fun if you’re playing Battlefield 3. In short, unlike most desktop speakers, these feel like proper hi-fi – which is fitting, as they look like it too.

So whether you a production junky or a simple music enthusiast like our team here at Houseonmag, these will simply style up your sound.

These glossy babies are going for £260 and those inspired by the looks of the AktiMate Micro’s can find them on www.aktimate.com.au