Tribe Q & A with Zepherin Saint 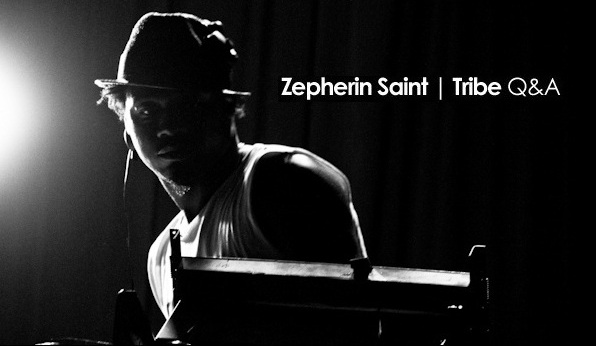 Coming off a solid year of top releases on Traxsource, most recently remixes to the South African banger by Black Motion and Jah Rich – Banane Mavoko and the Top Ten hit First to say Goodbye by DJ Micks. Tribe is on a mission to bring deep house to another level and their latest release “Midnight Mawal” is an example of what Tribe is all about. Here’s what Tribe Records co-founder and producer of “Midnight Mawal” Zepherin Saint had to say about this release and what we can expect from Tribe this year.

For those not familiar with Tribe records tell us what the vision is for Tribe records and how that has manifested itself with your work over the last year?

We are all a musical Tribe and move as one where ever we are on the globe; it is music we use to communicate with each other regardless of language. Tribe as a label personifies this in that we create music for the world. Our Vision is to take the music we love to new audiences around the world and fuse new elements into deep house always keeping it fresh. Our Goal is to bring the artiste back to the forefront which will help our market share as a genre grow. Songs need to be performed again not just played. Musicians need to be playing live not just in the studio.

So how does the Arabic themed house music song Midnight Mawal fit into that vision and what can you tell us about the making of the song?

Midnight Mawal is an Arabic song fusing traditional vocals and instruments with Deep house. This introduces our music to a new market, a territory full of wonderful sounds and passion for music. Arabic music from the Gulf is very old in its form and is very tribal. It holds many rhythms and signatures which I have been studying for 3 years working with musicians in Syria, Egypt, Saudi Arabia and Beirut. I am fascinated by the new instruments I have been introduced to and their scales. Thanks to technology I am able to go on the road with a recording studio and record in hotel rooms and this was how Midnight Mawal started. It was at the end of a late session and the sun was rising which always gives me a second wind to create. The vocalist kawala and Bozuk players were the only members of the band left who I had been producing. I wanted to create something that bridged the gap between Deep house and authentic Arabic music and set about making a beat that was quite techy in its early form. Mohanned then captured the feeling in one take inspiring Ali and Maheerr to play and bring about an authentic feel. They had never tried anything like this before and the creative energy in that room was one I will always remember. I continued to produce the track back home and enlisted Professor Yoel Ben Yehudah to lay down some wonderful Jazz Piano and Oli Savill to record talking drums and percussion creating a melting pot of sounds from across the earth.

From a production standpoint was there anything different about working with the Arabic sounds?

The scales are completely different so your always either tuning to the instruments or vice versa. Apart from that the sounds from Arabia work very well over house music for me as I like mystical music that takes you somewhere. Vocally, like scatting is a jazz technique, Mawal is a vocal technique in Arabic music for improvisation across scales. Parts of the song is Mawal others are lyrical.

What can people expect for remixes?

Jose Marquez is one of my favorite producers right now, you can tell that by the amount of work he is doing for us at this moment. He captures rhythm perfectly for the dance floor without the use of a lot of synths thus creating a raw tribal feeling. His productions are always in my sets and I predict this is a producer to look out for in the near future. It went without saying that he would be the man to remix my single as I knew he would go and find the right components and sounds to fit rather than just giving it the normal house formula. That is not in his makeup. Later in the year we will be doing further remixes as part of a remix project for the Label.

What has the response been to Midnight Mawal from the DJ community?

It’s been incredible. Louie Vega was the first to get it and had been an avid supporter of the track breaking it where ever he has been playing. Joe Claussell and Rocco have also been wonderful early supporters of the song and I cannot thank them and the positive comments we have received from the DJ community on the release as this was not your typical song to break. 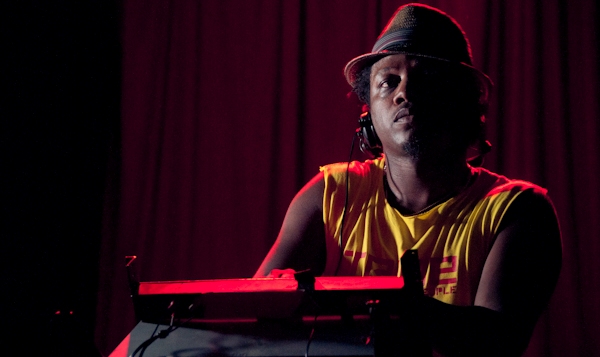 You have just completed the Midnight Mawal North American tour, where did you play? And how has Midnight Mawal been received on the dance floors in each stop?

Deep in LA with Marques Wyatt and Jose Marquez, Bang The Drum with Jihad Muhammad, Roots in New York with Louie Vega, Solstice in Phoenix with Rani G, Soulistic Music Tour in Toronto with Black Coffee and Stereo in Montreal with Jojo Flores and Quentin Harris. The reactions to Midnight Mawal were fantastic and what I would have hoped for. It proved again that music transcends language and the feeling touched people even though the words could not be understood.

What can you tell us about the upcoming releases from Tribe records who are you working with?

We have a single from Liquid Deep with new mixes by Dj Spen and myself, New mixes of At The Club coming from DJ Mbuso, Da capo and Rocco.

As a producer what are some of the recent tracks you have worked on with other labels?

How can new and old fans connect with Zepherin Saint and Tribe Records?

People can check me out at…