House music didn’t just appear overnight. There are mavericks that have been charting the way with tunes that would become influential that their resonance is still being felt even today.

Baker Street Recordings has marked itself as one of most reliable Deep/Tech House imprints for the past 5 years. Without any fancy titles or clever marketing angles, they’ve carved a unique niche in the House music fraternity.

Their 5-year celebratory release [mixed by label boss Paul Hardy and McKai] personifies the Baker Street Recordings ethos perfectly. We chatted to Paul about his personal DJ career and running a successful label.

You are a fan of several styles of music from Indie, Drum and Bass to Hip Hop. What made you gravitate towards the House sound to make such an imprint in the genre?

I grew up around a Northern Town Called Burnley, It was well known for its House clubs. One club in particular was Angles. From a very young age me and my mates used to sneak into all the bars and clubs and just be amazed at the music, lights atmosphere, we were hooked from them early days.

You cite 2020 boss Ralph Lawson as a huge influence and inspiration on you music career. What is it that you think he did/said that you would not have found anywhere else and what made it profound?

A lot of my music industry knowledge came from Ralph, Andy Whittaker, Tristan Da Cunha and all the 2020 Crew. The team’s efforts and dedication to the scene as a whole is incredible. It wasn’t just about 2020 the label it was about the awareness of House and making that the focus, trying to create wealth for the genre. You also can’t buy that kind of A&R on your own productions.

While lot DJ’s like to constantly be in the media with all sorts of marketing and PR gimmicks; you don’t seem to subscribe to the idea. How then do you maintain relevancy to your audience?

I’ve never liked the limelight, although I accept there is a need for this now. I try to allow the label and my productions to convey what’s going on.

Your record label Baker Street Recordings has grown into one of the UK’s leading and reliable Deep/Tech House labels appearing consistently in the sets of DJ’s like Laurent Garnier, Inland Knights etc.

How do you find people to release on the label; who approaches who and what do you look for in the music you release?

We generally like to pick unknown artists and then add a well known remixer. One of the most exciting elements of running a label is that discovery of a new talent that you can help grow.

In the years that you’ve been in the game DJ’ing and running a record label; do you think that there’s been any real inventions/improvements in the Deep/Tech sound or is it just the case of ‘the more things change, the more they stay the same’?

The inventions of Tracktor/ Serato have been a massive issue. There have been some great arguments between some of the major DJs over the SYNC button. The only way to really improve the genre is to go back to vinyl, more A&R and less music. Digital has given people more opportunity but it’s an opportunity into an over saturated market. Quality not quantity. 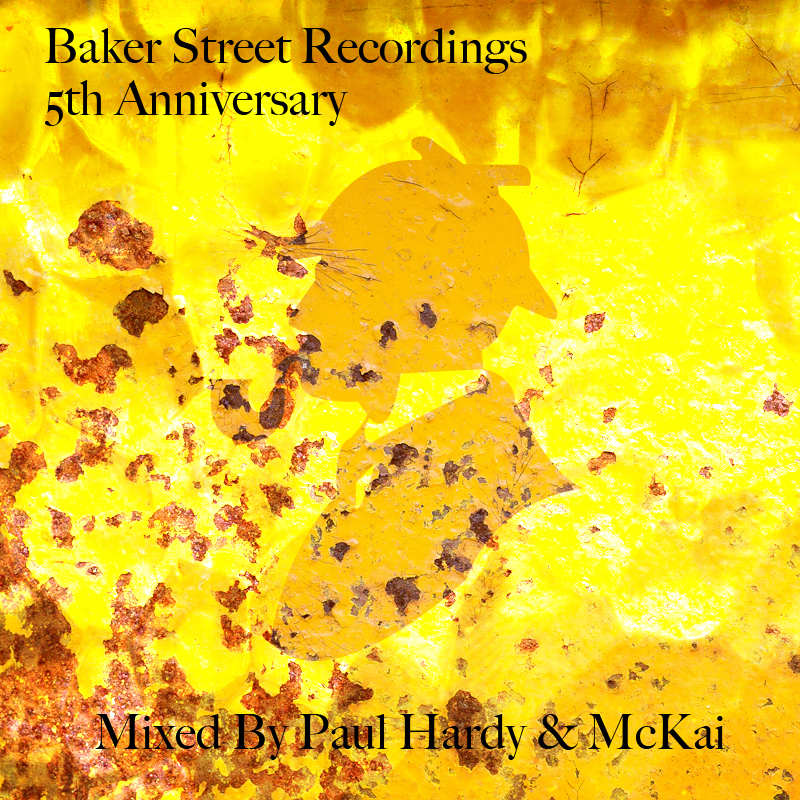 What have you heard of the South African Deep/Tech House scene?

We have released a lot of music from Matt Prehn who is one the purveyors for the scene in South Africa. We talk to him a lot about promo and gigs. He is really starting to get a great name for himself and promoting the music.

Let’s suppose you were made president of the House nation, what will be the first thing you change or improve on. Why?

Stop Piracy. This is killing the music industry.

If you had the night off and you could check out any DJ of your choice at any venue in the world, who and where would that be?

It would have to be Carl Craig at Sonar.

A lot of DJ’s (and to a certain extend record labels) struggle to pin point the characteristics of who exactly their audiences are – the type of followers who’ll always support their sound no matter what.

Do you know who yours [as a DJ] are and also for Baker Street Recording [as a label]?

I’m not too sure as a DJ because my sets change so much but for the label its pure House heads, DJs and aspiring producers that like late nights and early days.

The release also comes with a mixed version by label boss Paul Hardy and sidekick McKai, which is FREE TO DOWNLOAD: