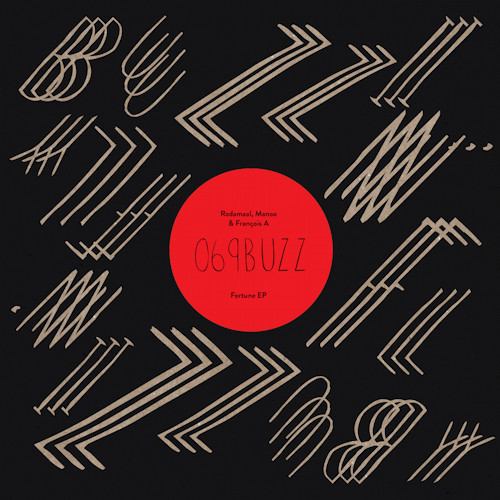 It is no secret that Ben Watt has chosen to close his acclaimed label Buzzin’ Fly after ten great years as one of the UK’s leading independent dance stable. The label however has chosen to go out in a bang with one final single.

They have unearthed from the infamous vaults two perfect swansongs from cornerstone artists, Rodamaal and Manoo & Francios A.

The legendary Franco-Portuguese trio comprising of DJ Rocco, Darkmountaingroup’s Alex Santos and Manoo have produced a stark but emotionally-charged deep-techno masterpiece, that deserves its place alongside the musketeers other classics for the label, ‘Musica Feliz’ and ‘Insomnia’.

Rodamaal’s ‘Fortune’ was originally completed back in 2007 but scheduling problems prevented it from being released by the label at the time. On the flip-side, and originally produced in 2005, is ‘Other Places’ a long-lost offering by Manoo and Francois A.

Full of summer shimmer and heavy bass tones, it was produced by the duo during their heyday at the label, and was a secret favourite of label boss, Ben Watt.

Fortune EP is available to purchase through the Buzzin’fly website.