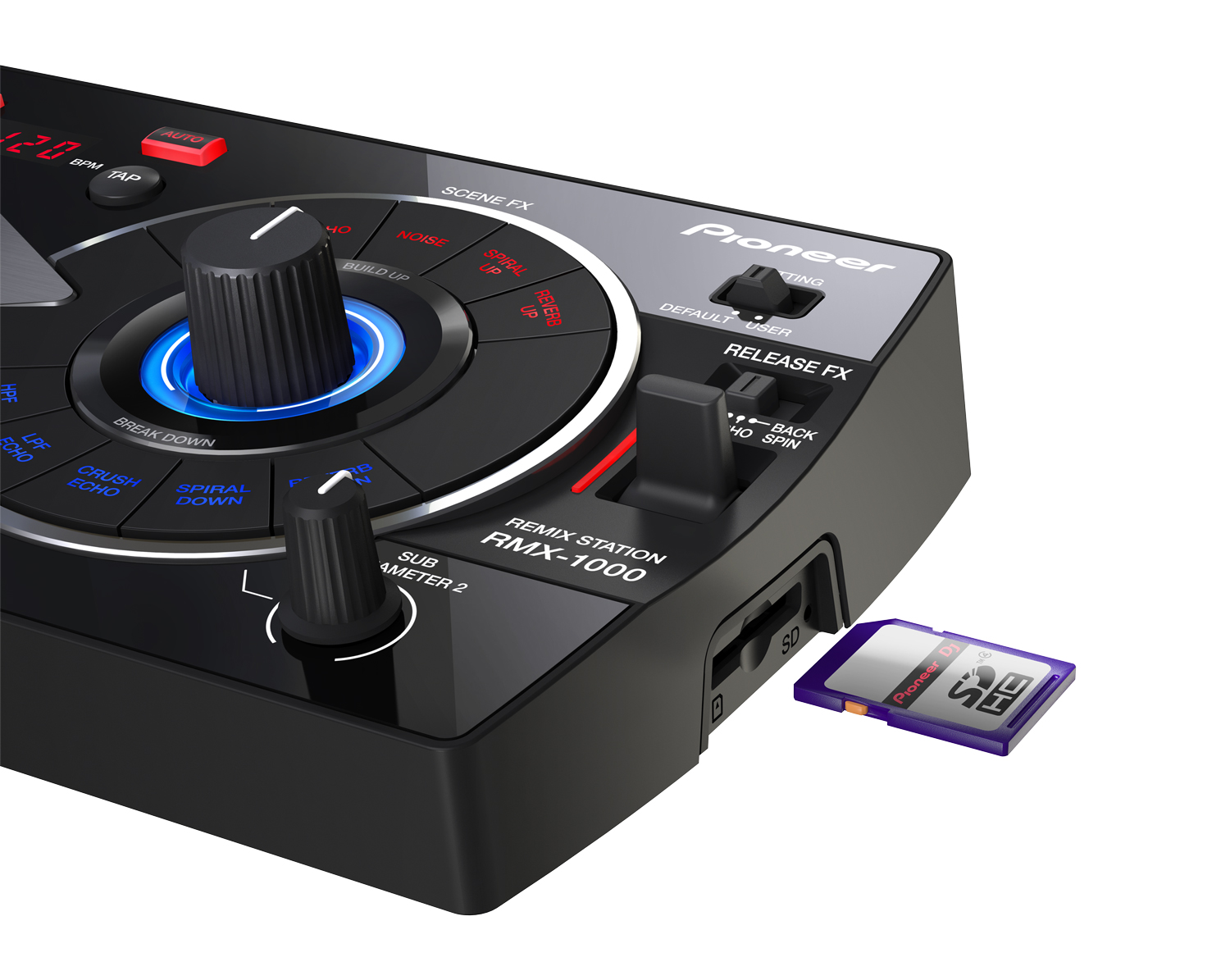 Pioneer Electronics (USA) Inc. Professional Sound and Visual Division launched the RMX-1000 Remix Station on 16 March 2012. An innovative technologically advanced device for enhancing DJ performances with its ability to create and add a variety of new and unique remix  effects, as well as rhythmic sampling capabilities.  The RMX-1000 incorporates four remixing functions: Isolate FX, Scene FX, X-Pad FX and Release FX for simple musical arrangements with intuitive control, all accessible at the user’s fingertips.  The device includes Pioneer’s Remixbox™ editing software to enable users to customize almost every function and feature of the unit.  The system can also act as a USB controller when used with the included VST/AU RMX-1000 Plug-in software. 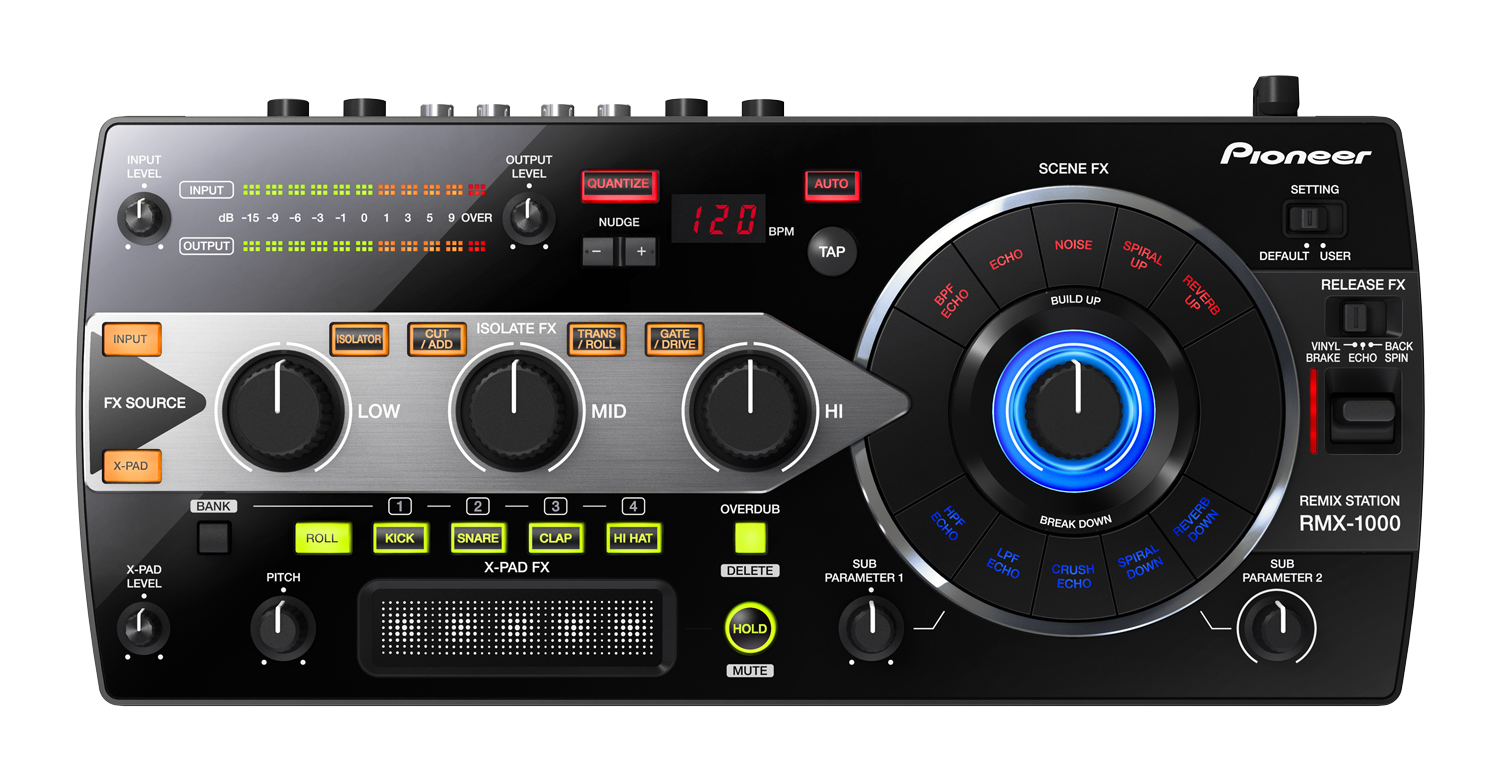 “The RMX-1000 isn’t your typical effector or sampler.  It allows you to mix in multiple unique remix effects that can be manipulated with whatever music is playing,” said David Arevalo, senior marketing manager, Professional Sound and Visual Division for Pioneer Electronics (USA) Inc.  “By adding multiple beat-synced effects and original rhythmic samples, the only limitation is your own creativity to unleash the ultimate remix on the fly in real-time.”

The compact and portable RMX-1000 allows users free control of musical developments with intuitive operation.  Four sections of the device are arranged with easy-to-control knobs and buttons that control multiple effect parameters. By combining the effects from each section, wider arrangements with greater individuality can be performed with ease.

According to the Pioneer DJ Forum the Rmx 1000 will be available in the US from June 2012. Proaudio SA represtenatives, say the RMX 1000 can be expected in South Africa in about 6 months time after its offical launch date in the US. This toy will be launching at $999 U.S dollars which exchanges to about +/- 7600 odd rands.