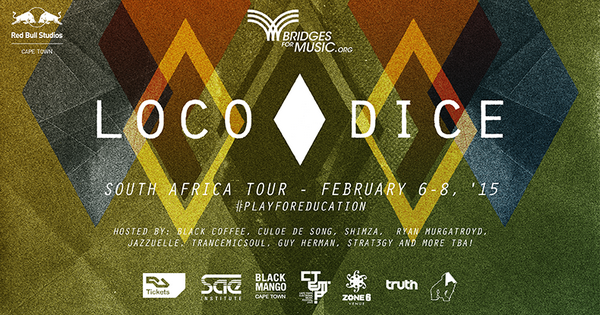 Loco Dice’s tour forms part of Bridges for Music’s fundraising initiatives for educational projects like its music and multimedia school in Langa and various scholarship programmes that have already helped underprivileged South African artists to perform on global stages like Tomorrowlandor Glastonbury.

The tour will consist of two fundraising shows in Johannesburg.

Get your tickets for the Truth Show from RA – Resident Advisor

Get your tickets for the Zone 6 (Soweto) show from Computicket.

If you can´t come to the shows but you still want to support, donations can be made via crowd funding platform created for this tour.

All of the proceeds from the fundraising shows will go directly to Bridges for Music, thanks to support from Red Bull Studios in Cape Town, who are covering all expenses of the tour and Loco Dice who is committing his time to support this cause.

ARE YOU KEEN TO PERFORM AT ONE OF THE SHOWS?

Send a letter of motivation and Soundcloud links of your music. 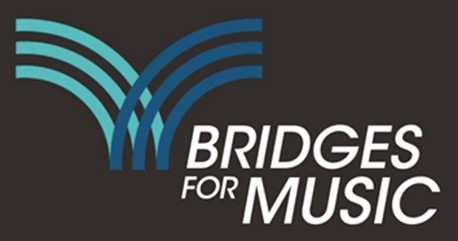 Bridges for Music have been raising money to build a music and multimedia school in the township of Langa, Cape Town with the goal of empowering the community through music.

Through various fundraising initiatives BFM has already raised over R2-million in funds, which covers the initial build of the school.

Check out the Bridges for Music website for more information on the organisation’s previous charity events and their main goals for 2015.

Some of the fundraising events that have been planned for 2015 include the Tale of Us tour and The Breathe Sunshine Unity Jam Festival. Further details will be announced closer to the time.

The aim of the workshops is to create a cultural exchange between an international artist and the local producers. There will be inspirational talks about life, music, career and more to inspire the youth in those communities. The workshop in Kliptown will be followed by a small braai and jam session with local producers

To book a seat at the workshops please email or reach out via Bridges for Music’s website.