Legendary Larry Heard In The Mix For Defected 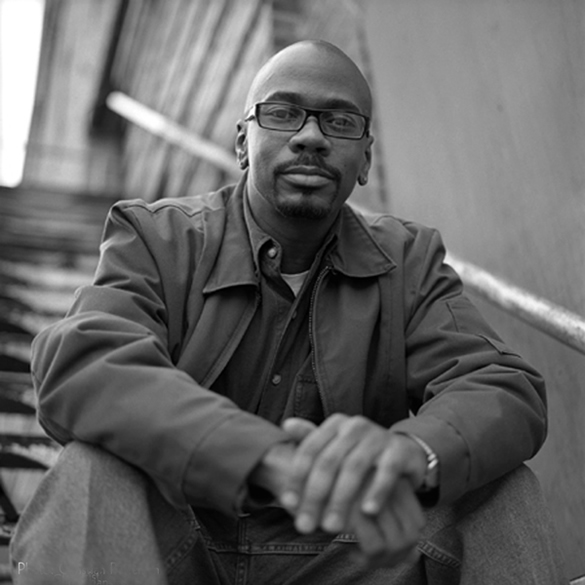 There’s not much left to say about a man who has been at the very centre of house music for over two decades. Larry Heard is without question one of the most influential producers ever to lay down a 4/4 beat; a legend, a peerless talent and a true gent, here he dons his Mr Fingers cap for a vibrant and eclectic mix.

What are some of your fondest memories from last year? On balance was it an enjoyable one?

The year was more normal than any years for me since around the beginning of the scene. Being off the road was different; it’s been a long time since I wasn’t always trying to squeeze life and chores in between trips in and out of town.

All of the traveling had taken its physical toll on me as well, which had to be addressed, but the results from some recent physicals were very positive, so that’s a great thing.

A lot of your earlier releases are notable for their ‘raw’ qualities, down to the gear you used…do you think that’s something lacking in a lot of electronic music these days?

I stumbled across lots of good releases during the year, so I wouldn’t say there was anything lacking in the selections I chose to purchase. I tried to get what I could in mix programs during the year too.

I definitely noticed a lot of very nice things come out of South Africa during the year, so that was pretty exciting to see and reminded me of our own experience in Chicago when we started to have a voice and people paying attention to what was going on.

The biggest challenge for me still seems to be sorting through the sheer amount of music that’s being released, but I guess I’ve been getting a little lucky when I visit various sites I go to and still have many selections in my crates or hold-bins on some sites.

We don’t have any stores here in Memphis that sell any non-mainstream physical product, so I have been buying downloads. I can get more selections for the cost too, so it’s not the worst scenario in the world.

How and where was the mix recorded?

The mix was recorded in my studio at home. It was done live and then the ID’s put in while I reviewed it to see if it was OK enough to share with the public. I do a pretty much straightforward mixing style – it’s more about presenting the selections than presenting myself or my technical skills (or lack thereof!) So there are no real special effects; just some basic delays and flange FX here and there.

Still pretty much in the tradition of all of the guys like Frankie Knuckles, Ron Hardy, Wayne Williams, Brett Wilcots, Lou Devito and many others who presented for us back in the day.

Any particular records on there you’d like to highlight?

It’s very different putting a presentation together in privacy – I actually get to freely play what I want. Sometimes all of the activity that’s occurring in a club setting distracts you from doing that and you resort to playing things that are easiest to play as a result. I was very happy to be able to sneak some older selections in that never appeared in my programs over the years, like: Mystery Of Love by Dream 2 Science and DX Days by Legowelt.

There were also some really nice new discoveries like Hairline from Nick Curly, which I discovered just finding out more about Nick to figure out how to approach the remix for him. I came across Lynx May 1988 a little while back and had been intending to play it, so I’m glad I got that one in there.

I was blown away by Midnight Mawal (Jose Marquez dub) by Zepherin Saint in 2011 and hadn’t gotten it in a program and Silicon Drift (Roman Flugel Remix) which I’d played out a lot that year and I was blown away by Swing Home by San Proper and happily got that one in the program right at the end.

You recently completed a number of remixes on Nick Curly’s Wake Me Up… why did there end up being so many versions?

There are three feels at the core of all the versions. I just did some mixes utilizing various elements from those feels to make up the mixes.

You must be inundated with remix requests… how do you decide which records to do?

The ones that are proposed that spark an internal idea when I hear them are the easiest ones to take a stab at. I also tend to more easily relate to the selections with vocals as I am pretty accustomed to working with and building around vocal elements. Instrumentals are a bit more of a challenge for me but I did take on a couple during the year.

If you don’t really have an idea come to you with regard to doing a remix, you don’t want to hold up the plans of the label or artist, so you have no choice but to decline as opposed to having them wait an undetermined amount of time, when you still may not come up with anything after the wait.

What’s the difference between a Larry Heard record and a Mr Fingers record?

Larry Heard and Mr. Fingers are actually the closest in feel to each other. I just opted to use my own name instead of the Mr. Fingers moniker on later releases. The Gherkin Jerks and Housefactors monikers are more reserved for more radical or experimental concepts.

There’s not a lot to report as of right now. Just trying to keep active to whatever degree I can and remix projects help with that a lot, so thanks for the opportunity with the Nick Curly song!