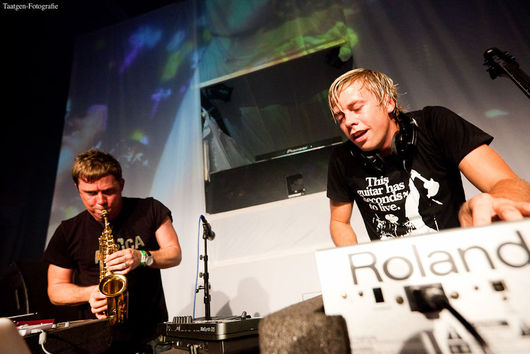 Local dance duo Goldfish recently inked an agreement with EMI Music Netherlands. The deal, signed during the massive 2011 Amsterdam Dance Event (ADE), will showcase the duo’s music across the Netherlands, Germany, Brazil, and the United States.

EMI Music Benelux Chairman, Erwin Goegebeur said “It has been obvious for some time that Goldfish is a very special act. The exciting mixture of dance combined with live instruments and jazz influences induced several successful shows and hundreds of enthusiastic fans this ADE. “With David Guetta, Swedish House Mafia and Deadmau5 in the roster, EMI confirms its prominent position within a contemporary and popular genre. This signing is very special, because Goldfish holds the potential to instantly explode worldwide. An exceptional high number of our foreign EMI colleagues share our enthusiasm.”

The Capetown based duo will, however, continue their relationship with Sony Music in South Africa and other Southern African territories.