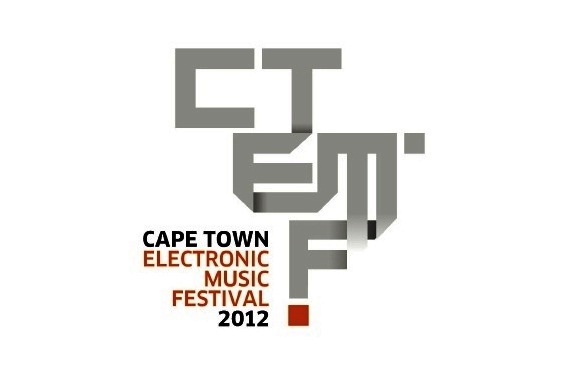 For over 15 years South Africa’s Electronic music scene has lived in the shadow of its counterpart, the greater global scene at large. That is until now. From a genuinely ‘underground’ scene devoid of industry and support, it has been slowly growing and has finally caught up with the rest of the world to the point of being taken seriously Internationally and by more mainstream channels on a local level (even if still not entirely understood).

The Cape Town Electronic Music Festival (CTEMF) is the celebration of a scene coming of age. It marks the point at which the Electronic Music Scene in South Africa has been recognized by itself and beyond as an industry that has reached the state of being self‐sustainable. The CTEMF is not about how many feet pass through the door, its not about booking the biggest acts to ensure radio play or getting as many ‘likes’ on facebook as possible. It’s about communicating the ethos, passion and musical creativity that has driven the scene from its early days to its current position as a global stakeholder in the world of electronic music.

It doesn’t take much to see the exponential growth Music Festivals have seen over the past 10 years across the globe. They have become one of the most powerful mechanisms for social and brand interaction available today. There is something unique about the environment that is created within this space that differentiates it from all other forms of Music, Social & Brand interaction.

South African is no stranger to Music Festivals, in fact we boast a wide range of great Musical gatherings across the country for most of the year. These festivals cover many avenues & elements of South African & Global culture. There is however one sector where we feel we do fall short. This is a dedicated Electronic Music Festival held in an Urban Environment, ie: not a trance party on a wine farm (there are more than enough great examples of these and have been for awhile).

Till sometime back, music tourism would have only featured Graceland or maybe Elvis Presley’s Mansion in Memphis. Today it includes within its scope, the musical genres of almost all nations spanning across the globe. From Techno in Detroit to Flavela Funk in Rio, Dubstep in London and Afro House in Soweto. A multitude of events around the world have created actual circuits that annually see an ever‐increasing number of people traveling to exotic and far away destinations for Musically Cultural reasons.

The plan is to position Cape Town within the current global electronic music festival circuit. Annually this festival circuit route must generate millions in revenue for the cities and venue’s that play host. They happen from LA to New York, London to Paris, Serbia to Ibizia, Tokyo to Sydney & Detroit to Barcelona. The world is catching on…and it’s about time we follow suit.

It was such an integral part of the initial CTEMF concept was that the venue be positioned in clear view of the landmark that defines Cape Town, Table Mountain. It is so important to this that the crux of the festival is seated in its physical location in the urban environment of Cape Town. With V&A recognizing the vision of CTEMF, and coming on board as an official partner, we could not have found a better location for this than the 360 breath taking views of Cape Town from the roof of The Breakwater Parking area at V&A Waterfront.

As mentioned above, from 27 – 29 March, the CTEMF in association with Red Bull Studio will be hosting a series of info‐sessions & workshops building up to the actual festival weekend. These will focus on the business & knowledge sharing aspects of Electronic music. Each weeknight will see the CTEMF plug into various venues and events in an effort to connect the dots across our vibrant and diverse electronic music scene.

So enough of the fluff, lets get to the content… Currently the CTEMF boasts a 100% local line up. It will host a selection of South Africa’s greatest reputable electronic artists alongside some of the countries freshest faces making waves across SA and the world.