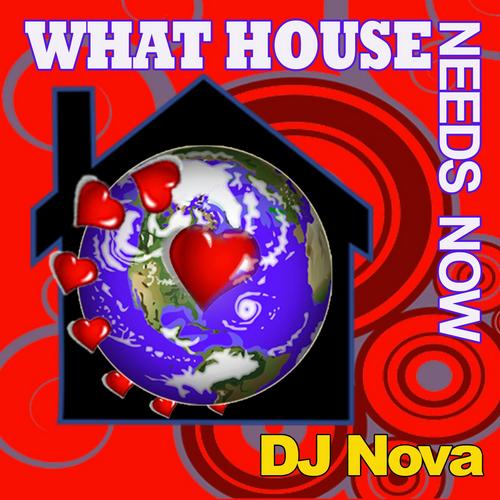 Broken Records proudly presents What House Needs Now by DJ Nova,  a compilation from one of the most respected DJs in the world. DJ Nova Planet has been breaking, programming, featuring and reviewing HOUSE MUSIC on his Radio Show Nova Planet out of Greece for quite awhile.

It’s the best of Broken Records (one of his favorite labels), which he wanted to present in the form of a compilation.

Featured on the compilation and mix is ‘Body Heat’ by Seria, first released in 2008, this floor-burner features vocals that are steamy and hot while keeping your ass shakin’ on the dance-floor!

Up next is ‘Breath Of Life’ (Dope Mix) by Funky Groover, also released in 2008, this track from Italy features an amazing song written by the incomparable Inaya Day. Need we say more..

The third track is ‘Check It Out‘ by Czech born DJ/Producer Marcello Totti. Always a staple in the top DJs repertoire, this track send your mind to the heavens while keeping a groove in your soul.

Up next, is the sensual sounds of DJ Spin with ‘Deep Colors‘. This track will take you on a journey to depths of deep, sensual, feelings…

The 5th track is ‘Endless Groove‘ by K-Dub, a Tech-House track diving into the more electronic side of the label.

Rounding out the first half of the compilation is ‘Fuego Sexual‘ by producer extraordinaire Didier Vanelli; a Tribal feeling track with a tinge of Tech-ism!

The second half of the album begins with ‘Gotta Have House’ by Black Whited! This track blew up the charts and is another staple of the top DJs repertoire!

Up next is ‘Music Is The Place To Be‘ by Igor Garnier, a Serbian producer that has made a name for himself in the last couple of years with some of the label’s top releases. This one was his biggest!

The eighth track is ‘Ivory White‘ from Alexis & Axel, a Dubby, Deep Tech-House track that invades your senses and never lets go.

‘Let It Blow’ by Shane D out of South Africa was the House Music anthem of 2010/2011! Featuring Kurtis Blow, this track is relentless on the dance-floor and is another staple of the top DJs repertoire.

Up next is the beautiful and superbly written ‘Pure Love’ by Scott Langley. This song is sent from heaven and will have you singing along endlessly!

And last, but certainly not least, is the Originator of House Music, Jesse Saunders with the classic ‘What’s This FX’.