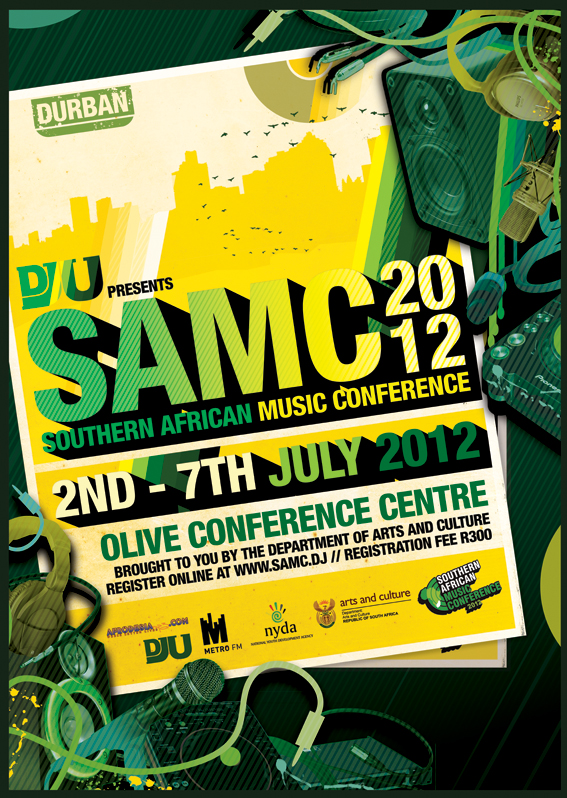 South African Dance music has arguably infected the whole world with a number of local names making international charts week in and  week out. Dance floor’s internationally seem to  move in unison to the South African beat.

A month doesn’t go by without international dance names such as Louie Vega, Rocco, Franck Roger, Ralf Gum and many more appearing at a number of South African local events. Artists like Harrison Crump now basically live in SA.

With that in mind, it comes with great excitement that DJU once again hosts the annual Southern African Music Conference (SAMC), from 02-05 July, at Durban’s Olive Convention centre.

“SABC1 is proud to announce its association with this year’s Southern African Music Conference as media partner,” says Dichaba Phalatse – SABC1 Portfolio Marketing Manager: Entertainment. “The Channel remains committed to playing a positive role in support of the development of the local music industry.”

“METRO FM as a radio station plays a major role in the development of South African Music. The young artists, who’ll attend the music conference, are METRO FM Listeners and they use the station as an example to set the standard of the music that they make” says METRO FM’s Marketing manager Kina Nhlengethwa.

This year’s event will concentrate a bit more on developing music practitioners through smaller groups through “a lot of breakaway rooms to address the delegates in smaller groups”.

This is a new element in the SAMC’s program that will see delegates expected to present on what they will be taking out of the conference in order to measure how relevant the information was for them and what they would like to see in the following year.

Christos (DJU Member),  says the reason they are concentrating on the business aspect of music is because “DJU”s view is we have enough guys producing and Djing but how are they making their money”, hence the look into available business opportunities will play a big role in the 2012 conference.

“The other major focal point is the vocal part in music. “We have most producers focusing on instrumental tracks and this is not getting airplay, so we will conduct major workshops on the importance of lyrics at SAMC 2012”, comments Christos.

“The Next Generation” from all over South Africa  is making huge inroads into the international scene. A lot of them are signing up deals with labels out there on their own without relevant knowledge. We want to make them aware of  how those deals are structured, hence The Business focus of things,” adds Vinny Da Vinci. 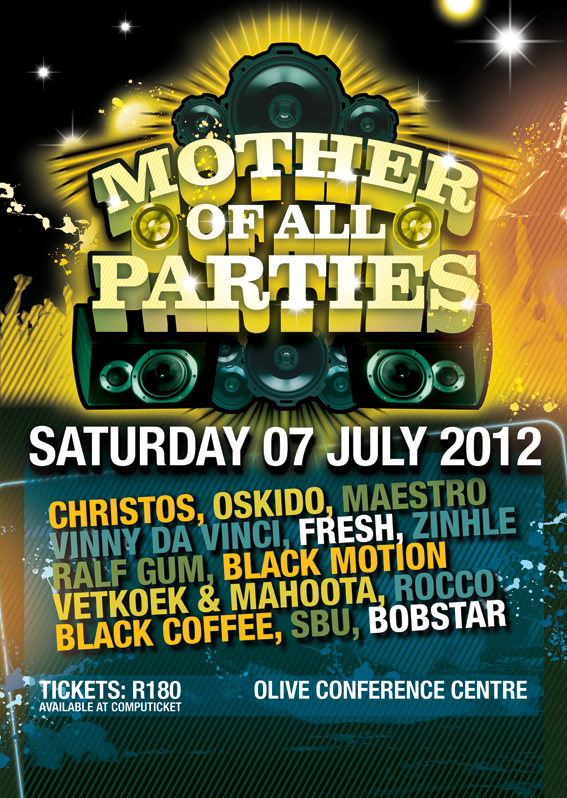 Mother of All Parties

Of course the event closes off on a high with the star-studded Mother of All Parties on 07 July at Durban’s Ice Rink. The show features Black Coffee, DJU (Fresh, Oskido, The Maestro, Vinny, Christos), Vetkuk vs Mahoota, Bobsta, Ralf Gum, Rocco and many more DJs.

To participate at this year’s conference,  go to www.samc.dj for more information on how to register.  Entry is once again R300.