The Magic Session 2 by Christos 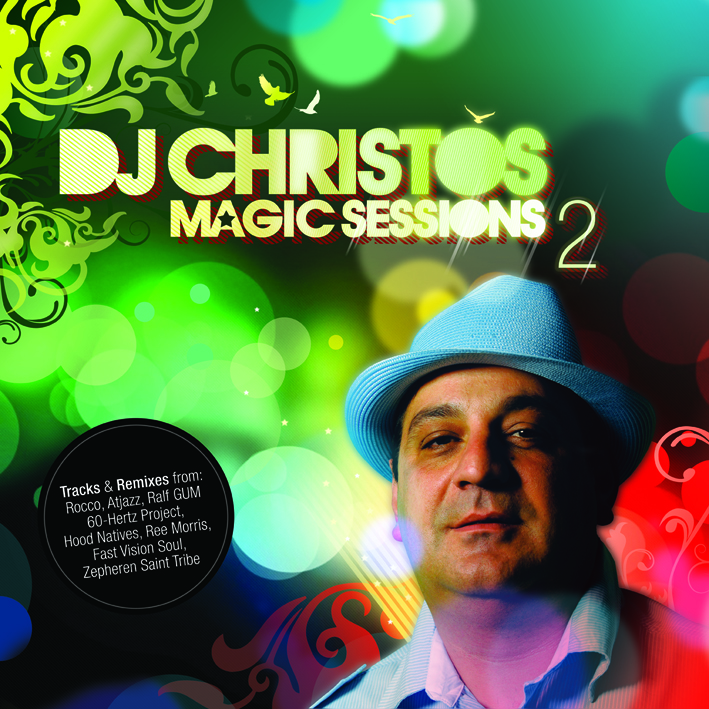 DJ Christos returns to the House Afrika stable with ‘Magic Sessions’, a mix that collects together the kinds of the sounds that have characterised his intimate nightlife interventions over the past few years and works them into a coherent, body-moving statement. It’s a collection that tops almost everything this mover and shaker has done in his career – and if you know anything about the history of house music in South Africa, this is a substantial statement.

Christos is a local deep house legend and a bona fide South African pioneer of the style. Since the 80s, Christos has been linking up house-hungry communities from across the spectrum – black and white; local and international – via events and key DJ sets that have showcased his fluid and funk-tional belief in soulful house. Alongside his brother in rhythm, Vinny Da Vinci – also his partner in the SAMA-winning DJs At Work duo – he’s been the boldest ambassador for uncompromising and undeniably deep house music in SA, and he’s often done it in tandem with international producers who are firmly aligned with the sounds of the South.

As a DJ, Christos has spread his unadulterated, Afro-centric groove far and wide, from ‘Maritzburg to Miami, while as a mentor he’s let his skills spin down to a new generation through ventures like the annual SA Music Conference. But it’s arguably as a promoter that Christos has done more than anyone in advancing deep house’s cause across the country. Via his Magic Sessions events, which have been frequented by head-strong house-heads for the last five years, and his involvement in the setting up of other landmark ventures (like the massive Vodacom Unlimited Festival), Christos has consistently linked up overseas beat experts like Rocco, Ralf GUM, Manoo and more with like-minded counterparts in Soweto, Swaziland and other Southern African strongholds.

Named after these loud and lustrous parties, the ‘Magic Sessions’ collection celebrates Christos’ clubland accomplishments in the most fitting way: with a grab-bag of brilliants beats that represent the impact his cross-continental parties have had – particularly on Mzansi’s up-and-coming producers. ‘Magic Sessions’ includes five tracks from an international contingent that includes Rocco, AtJazz and Anane, and eight inclusions created in South Africa, which is currently the globe’s hottest cauldron for deep house music. Many of these master-stroke tracks have smashed their way to the top of charts on specialist download sites like Traxsource, including spell-blinding efforts from Hood Natives and 60-Hertz Project (both released on Ralf GUM’s GOGO Music label), along with AtJazz refixes of C.9ine and (the virtually locally adopted) Rocco.

Christos’ selection also contains a world exclusive that he has executed: a thrilling 2011 update of Brenda Fassie’s township disco classic, “Weekend Special”. It sums up just how special ‘Magic Sessions’ is: this song’s ecstatic nostalgia links up neatly with where Christos is at all these years later: still top of pile and cue-ing up the most current floor-burners: never failing to rock the house.