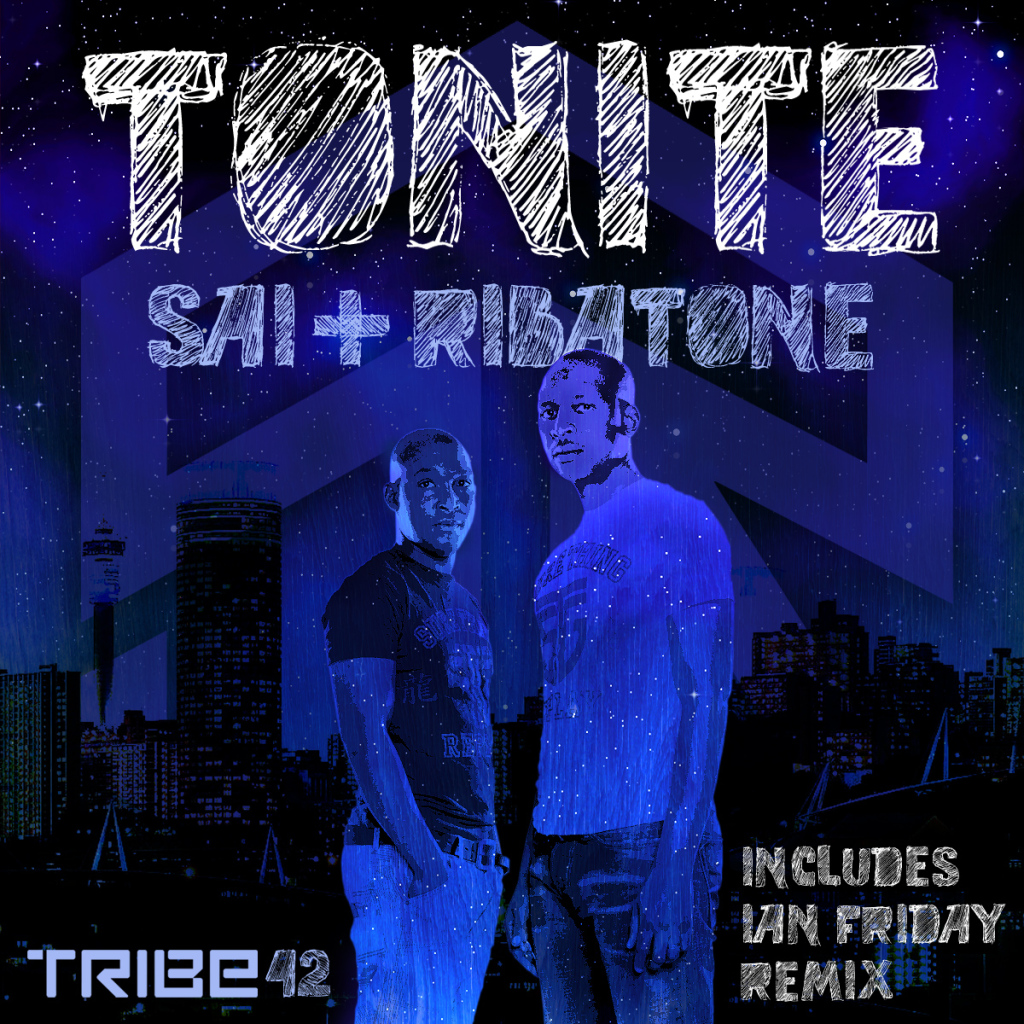 “Tonite” is a release that can be best describes as a Soulful-Jazzy vocal house title, that has many a house reveler singing along to its infectious Stevie Wonder-like chorus…. “Tonite Is My Night”.

The original mix of “Tonite” featured as the first single to be taken off the duo’s debut studio album – “Here & Now”, which was released in 2012 by Missed Out Music in collaboration with Black Coffee’s Soulistic Music.

As Sai explains it, “Tonite, is about the greatest night out that you’ve ever had with your friends that includes a celebration after working hard!”

It’s a good-time track that builds up slowly with a beautiful soulful vocal and soft, jazzy keyboard riffs and organ swirls, multi-layered harmonising and sophisticated arrangements of Ribatone’s chorus and freestyle singing, so that this cleverly-camouflaged party track gradually becomes a bustling, uplifting party bumper.

The second is a strict Instrumental Mix which showcases the beautiful melody’s that this production put forward. The package has received great feedback from internationally renowned DJ’s & Producers including Louie Vega, Phil Asher, Rocco & Jihad Muhammad to name but only a few.