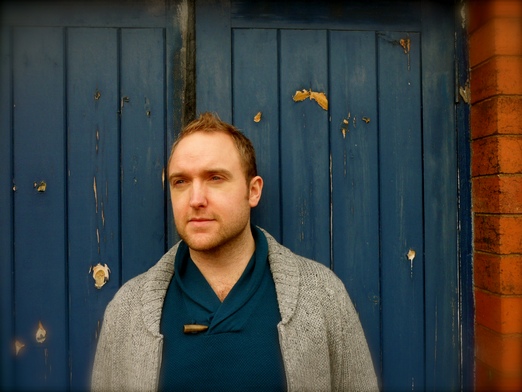 Yorkshire (England) based DJ/Producer Tom Taylor a rising star of the underground scene in Leeds, drops a stellar package on Fina Records to usher in the 2013 properly with the deep groove-laden, ‘These Things EP’.

First up is ‘Don’t Give Up’, which comes at you with a slower tempo and soulful vocals, setting the platform with a solid disco sound and hypnotic bass line groove that showcases Taylor’s undoubted musical craft, whilst providing a darker emotive atmosphere.

Next, is the ‘ace in the pack’ [so to speak], ‘This World’, a piano driven track which marries the soulful genius of the Marvin Gaye vocal samples with a groove-infused beat.

It had me bobbing my head at first listen. The beautiful progression of sounds is definitely one to keep bodies glued to the dance floor. It’s a classy production, which I expect to make big waves across dance floors and deep house sets everywhere.

The duo of Clive Henry and Rui Da Silva strip down the track on their ‘Dischords’ mix, replacing the piano keys with an equally groovy digital sound and whisper-like vocals.

The tempo is dropped on this mix but does not deviate from the auditory appeal of the track with a more European sound for a darker early-hour set kind of sound.

‘Twilight’ has a smooth, melodic atmosphere set up by its evolution of beats throughout the track, from the minimal vocals, breaks and ‘old-school’ sounding disco drums; it’s a testament to the skilful craft and musical intelligence Taylor possesses in abundance.

Jack Dixon’s reworking of ‘Twilight’ on his mix gives us a stripped down sound, less melodic than the original but still with a slamming drum beat to keep hips moving with the late night atmosphere it provides.

Altogether, the ‘These Things EP’ is an intelligently crafted production with solid remixes, which should mark Taylor’s rise in the UK underground scene.