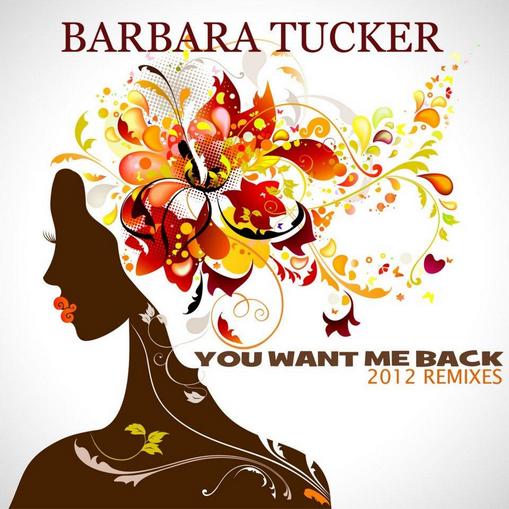 Renowned diva Barbara Tucker’s 2005 release, ‘You Want Me Back’ gets a makeover with the 2012 remixes of her track. Italian House pioneer Steve Paradise teams up with fellow countryman, Paolo Zampetti, to bring masterful production work of Tucker’s classic.

Their ‘Soulful Club Mix’ is a throwback to the days of yesteryear with a classic House sound, reminiscent of the Steve ‘Silk’ Hurley heydays of the early 90’s. Tucker’s lyrical talents are shine through to compliment the superb musical sounds. The piano keys lead all the way and surely will keep those old school House lovers firmly on the dance floor.

The duo’s ‘Club Mix’ is a deep percussive take on the track – a stripped sound that is both hypnotizing and insanely groovy. As much as the beat is a gem of it doesn’t overshadow Tucker’s outstanding vocals.

Now for all you Deep House heads out there – the Italian Maestros conjure up an excellent Deep House rendition of the track. Paradise’s influence is evident here, his strong focus on the instrumentals favouring the piano keys again and staying true to the old school rich musical sound.

This joint drops the tempo and oozes class and sophistication in abundance. This is a personal favourite and I wouldn’t be surprised to see this making it onto forthcoming Deep House compilations.

Zampetti is not to be outdone though ‘The Zampetti Essential Mix’ is also another taste of old school of the track but it’s his ‘In House Remix’ where he got me excited. It’s somewhat an ‘electro’ influenced sound.

The ‘Pagany Soulful Dub’ and ‘Soulful Vocal’ mixes also deserve a mention. They are high quality productions focussing on the soulful content of the track and providing a solid musical package to compliment the legendary voice of Tucker. The former may yet prove to the underrated gems of this offering.