Ralf GUM feat Portia Monique ‘Free (Is All I Wanna Be)’ 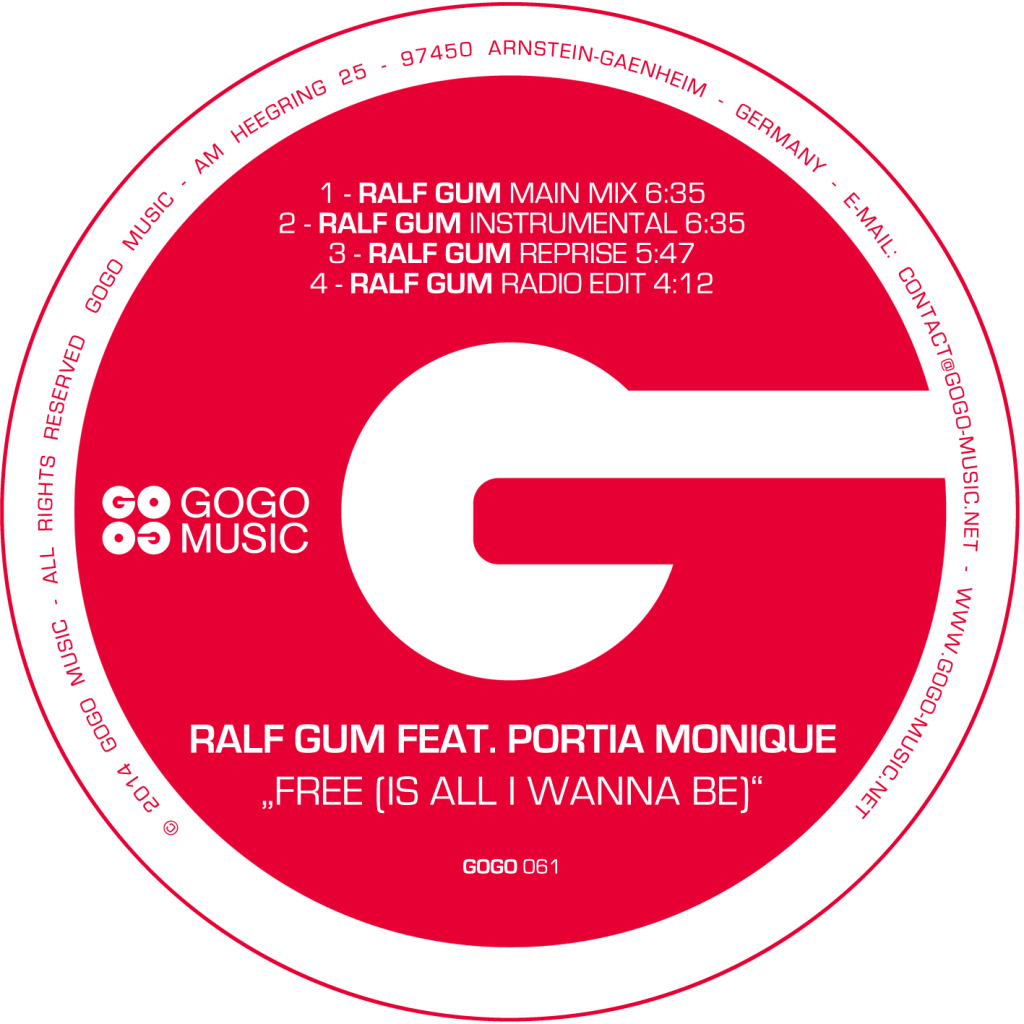 It has been almost two years since Ralf GUMs ever green, bestselling and gold-awarded ‘Never Leaves You’ studio album.

Word from GOGO is that Ralf is just about to drop his next full length record and if this – the latest single by Mr GUM is anything to go-by, then South Africa’s Deep and Soulful House massives can only wait in baited breath for the official release of his forthcoming album “In My City”.

Here an infectious soulful house gem titled “Free (Is All I Wanna Be)” is the first single to be captured from the German tastemakers’ upcoming project, which features Seattle based soul sensation Portia Monique.

On this release the pair [Ralf and Portia] manage to deliver on an emphatic summer anthem which creatively blends Portia’s velvety vocals with GUM’s epic production abilities. The single release includes a main mix, instrumental, radio edit and reprise version of the song and is available for download on Traxsource.

Much like the GOGO Music label head, Portia Monique needs no introduction – her insatiable and melodic voice comes highly regarded among many house heads both locally and internationally.

She first set the scene alight with her studio collaboration “Do Better” with the UK astro-house duo the Layabouts, which she effortlessly followed up with another soulful house jewel in “Tell Me Now”. The Seattle songstress has also featured on numerous house anthems alongside soulful house producers Reel People.

Editor’s Sidenote: Sounds like the GOGO Music family have secured yet another soulful summer gem for the discrning Soulful House aficionados…