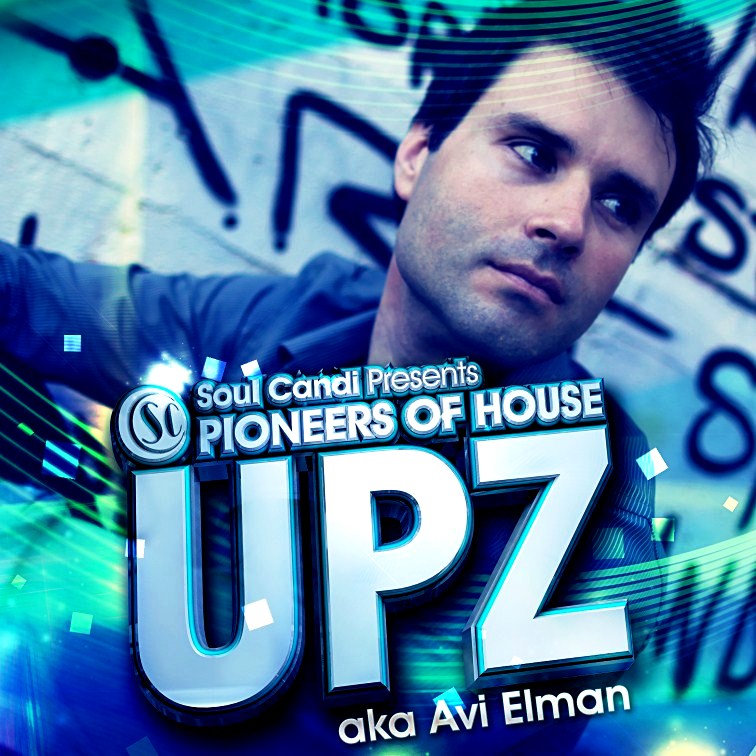 Soul Candi Records announced that UPZ will assume the spotlight in the latest installment of The Pioneers of House series. Globally recognized for its inspired fusion of House, Soul, Latin, Afro-Carib, Urban and Nu Disco sounds—the UPZ Project has found a firm following in South Africa.

In 2009, UPZ had a massive hit in ‘Pure Surprise’, which dominated the charts and airwaves becoming one the biggest anthems of the year. He kept the momentum with his remix of DJ Qness’s ‘Uzongilinda’ in 2010 and followed that up with ‘Believing’ featuring Kafele in 2011.

The man behind the UPZ moniker is Avi Elman, a Tel Aviv-based producer and DJ.  The double-disc release will showcase Elman’s most noteworthy material over his production career.

Disc One  is a DJ mix with an interesting twist— Elman has structured the music to resemble the ebb and flow of a relationship. The second disc is a DJ-friendly collection which features several exclusives and remixes of his hits.

Although he was born in Israel, Elman has deep ties to Africa. He spent his childhood in Kenya and South Africa—where he developed a passion for Jazz, African and soulful grooves as well as being active in various live music acts.

Upon his return to Israel, Avi set up a recording studio and independent record label, soWHAT Records. His distinctive style as a DJ has placed him behind the controls in top clubs in Tel-Aviv and overseas. As a producer his tracks and remixes have been signed by some of the industry’s most respected  imprints.

Elman’s connection with South Africa remains strong as he continues to collaborate with local artists (such as DJ Qness, Black Coffee, Mr. Cee, Black Motion and Lulo Cafe) and visits our shores.

Pioneers of House UPZ  hit the stores last weekend and is available country-wide and Avi Elman will be touring South Africa later this month.