On The Bridge with DJ Rocco (Rodamaal) 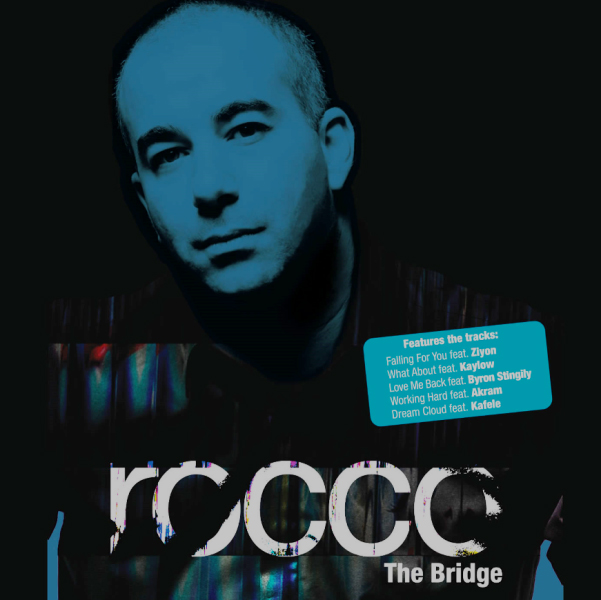 One uniting album that offers eleven luscious Deep House vibes created in collaboration with some of the most revered House music vocalists from the epicenter of modern Dance music.

Ziyon of the famed House music duo Liquideep is featured on the opening title of the long play, Ziyon gently caresses the music with beautiful lyrics that tell the story of a thankful lover.

Rocco also calls upon the sensational vocalist Khensy who takes the center-stage on the heated collaboration with the French musical maestro, on a song titled ‘Still Waters’. She serenades the music with her delactable voice while Rocco’s mysterious chords, pleasantly shrilling crashes and deep riding bass-lines make it a solid offering.

Urban House vocalist Kaylow also appears on a title called ‘What About’ a story of a love and memories loved shared.

The alluring vocals of his fellow countryman Akram Sedkaour  leads a retro Gospel take of the timeless classic ‘Working Hard’. Sedkaour takes it to church with his commanding vocal prowess, while the funky drum rhythms and shape-shifting bassline make this another solid title by Rocco.

The album boasts of an array of collaborators Rocco refers to as ‘Golden’, these include Alex Finkin, Anthony Mayzil, Sebastien Grand and the Torre Bros

Rocco’s good relations with musicians from around the globe have enabled him to musically bridge the gap between European, USA and South African scenes for the ultimate House reveler.

The album also sees one of South Africa’s favourite House sons Kafele  – renowned for his vocal and instrumental abilities – he appear on a ‘Dream Cloud’.

Rocco says,  he is blessed to have a living legend in Byron Stingily (arguably the most famous falsettos in House music and a former lead singer of Ten City) on this release: “It was an honour working with Byron” on ‘Love Me Back”.

Sony Music and House Afrika Records have given us 5 copies of Rocco’s latest studio album.

What is the name of Rocco’s latest album under House Afrika Records?