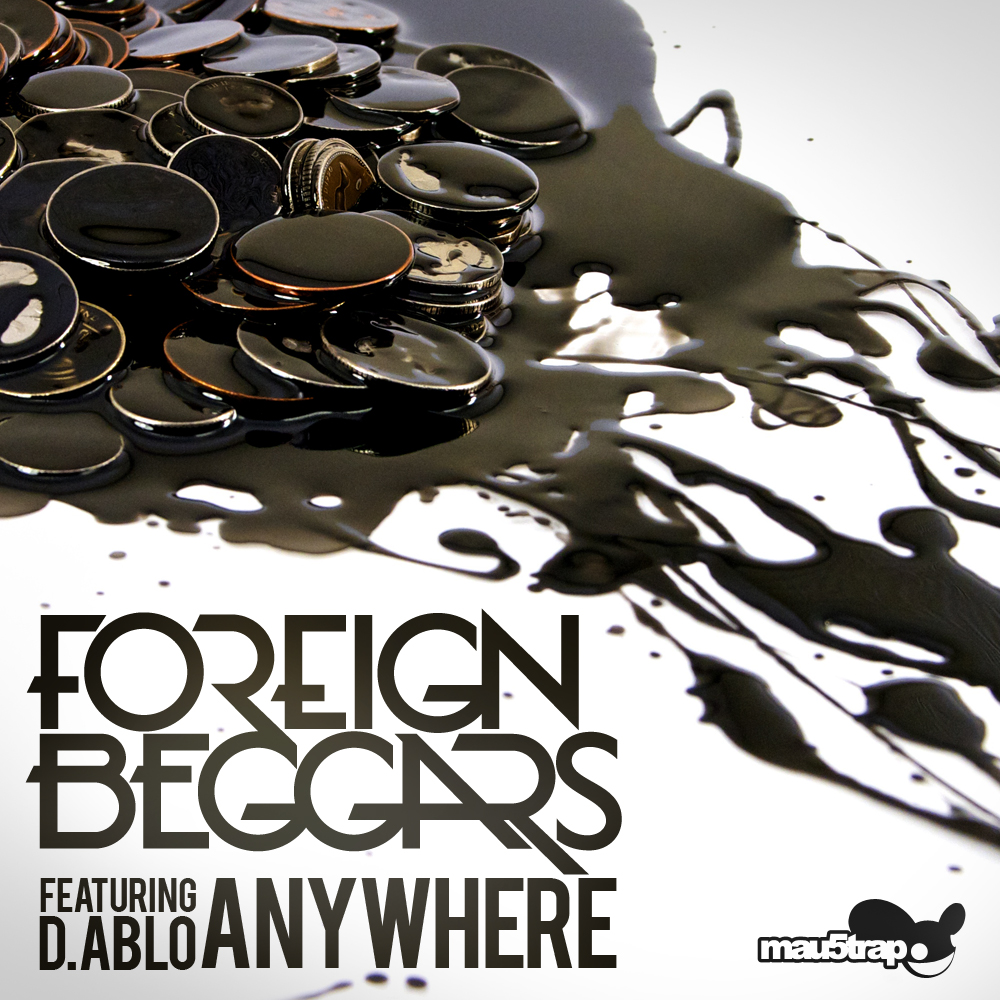 Having built a revered reputation over the last decade for their versatility, prolific creativity and high-octane live shows, FOREIGN BEGGARS continue to push the envelope with THE UPRISING, progressing from their roots in Underground Hip-Hop to an eclectic and visceral fusion with electronic music that has seen them go from strength to strength.

THE UPRISING marks the latest chapter in their continuous evolution.

Comprised of 12 tracks, THE UPRISING gives FOREIGN BEGGARS the broadest canvas yet to flex their creative muscles, teaming up with a broad lineup of electronic producers and continuing to surge forward with their genre-defying blend of sounds.

They switched things up once again as they call upon Eddie Jeffrys to take the reigns on production duties on ‘Anywhere’. Switching between Deep Dub-laced swagger and searing bass-fuelled force.

Jeffrys delivers a rowdy instrumental allowing the band to take charge as they go full throttle. London-based vocalist D.ablo joins on the track’s hook, which provides a more meditative counterpoint to the chaos that ensues.

In support of the album, FOREIGN BEGGARS will launch a U.K. tour featuring a newly expanded live production that promises to be spectacular, including support from a host of like-minded musicians and contemporaries.