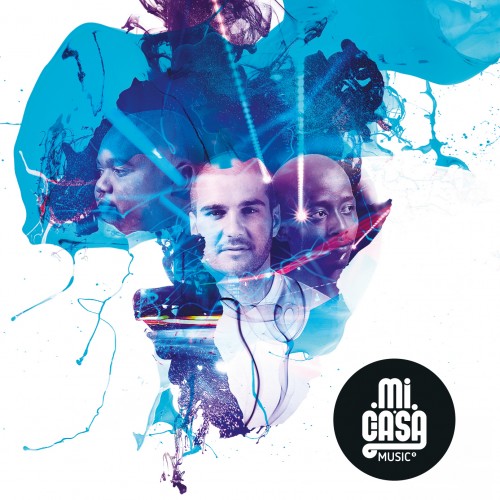 It’s been a while since I for one have heard house music produced with such conviction and dedication, one can feel the heart and soul this extremely talented trio have put into their debut release. For those who don’t know, Mi Casa is Soul Candi’s first live music act, made up by house music production master Dr Duda, the revered trumpeter Mo-T and vocal sensation J’Something. The soulful house trio’s compositions are based primarily on incorporating live music elements including vocals, trumpet, guitar and keyboards with the fundermental four-on-the-floor rhythm pattern. On this offering the trio have worked with guitarist Divine and percussionist Jason Ward who have also enriched this urban Mi Casa sound with their expertise.

Their long awaited self titled debut album hit the shelves in the last week of July 2011 and this prime offering kicks off with their inspirational debut single “These Street”. We’ve featured the music video to their hit single on Houseonmag TV – for your enjoyment check it out here:  Mi Casa ‘These Streets

Mi Casa further transcend us on a spiritual journey with their gospel inclined track titled “All The Glory”, they also showcase their ability to appeal to the international house market with their Portuguese vibe “La Vida”. I’m personally not a fan of cover versions but Mi Casa’s remake of Sade’s ‘Smooth Operator’ has to be lauded, the trio has personalized this timeless classic giving it that unmistakable Mi Casa edge and they’ve done it with absolute class. The second single taken off the trio’s debut album is the beautifully sang “Heavenly Sent” also be sure to keep an ear out for ‘I’ll Be There For You’ these two gems might just be the sing-along tracks this summer. ‘Changing My Life’, Give You Love’ and Fly Away will also definitely be apart of our playlists.

Overall, Mi Casa Music is packed with 14 unmixed gems for your listening pleasure, be sure to get your vocal chord in-check because one is bound to get caught singing along to theses dope tunes. I just have to add not only does the trio put up a live steller performance, their studio work is – for a lack of a better word … AMAZING!!!