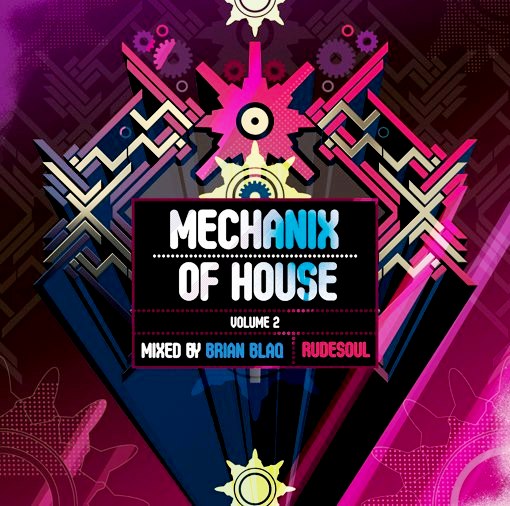 Brian Blaq and RudeSoul make their debut at Do It Now Recordings with a second chapter of the ‘Mechanix of House’ brand – a two disc compilation capturing the sounds of various local and international musicians that form part of DO IT NOW Recordings.

The compilation is laden with a wealth of experience and versatility of Brian Blaq whose love for music led him to be a delightful co-host personality on various Gauteng radio stations. RudeSoul on the other hand, a duo of distinction comprising of SoulAGENDA & RudeDisko bring forth the soul into the entire offering.

Brian sets things off with ‘Secrets of Life’ by fellow Do It Now Recordings artist Nastee Nev featuring Tantra Zawadi & Dana A Byrd of Collective Spirit. The solid bass line and chords, together with the great vocals merge for a great music journey of soulfulness with a Sunday afternoon chill-session feel to it.

Unfortunately, that’s about all that can be said for his section of the compilation. I think he played it safe and tried to appeal to a much wider audience and in the process neglected the real ‘mechanix of house’ and why we’ve come to like his style in the first place.

Although the mixing is on point, the majority of the songs towards the end sound similar. It makes it hard to listen without skipping tracks and unfortunately it’s not enough to make for the poor track selection.

RudeSoul’s selection of tracks on the other hand are arranged to elicit very different moods. ‘Rainy Day’ by Liquideep would have been a great intro if it wasn’t that long; but with that said the compilation is well rounded with a bit of everything from Soul to Deep/Tech.

Nastee Nev’s ‘I’m so hung up on you’ by Nastee Nev featuring Donald Sheffey is also thrown in for good measure.

All in all it is an above average compilation with lots of potential to do well in the market.