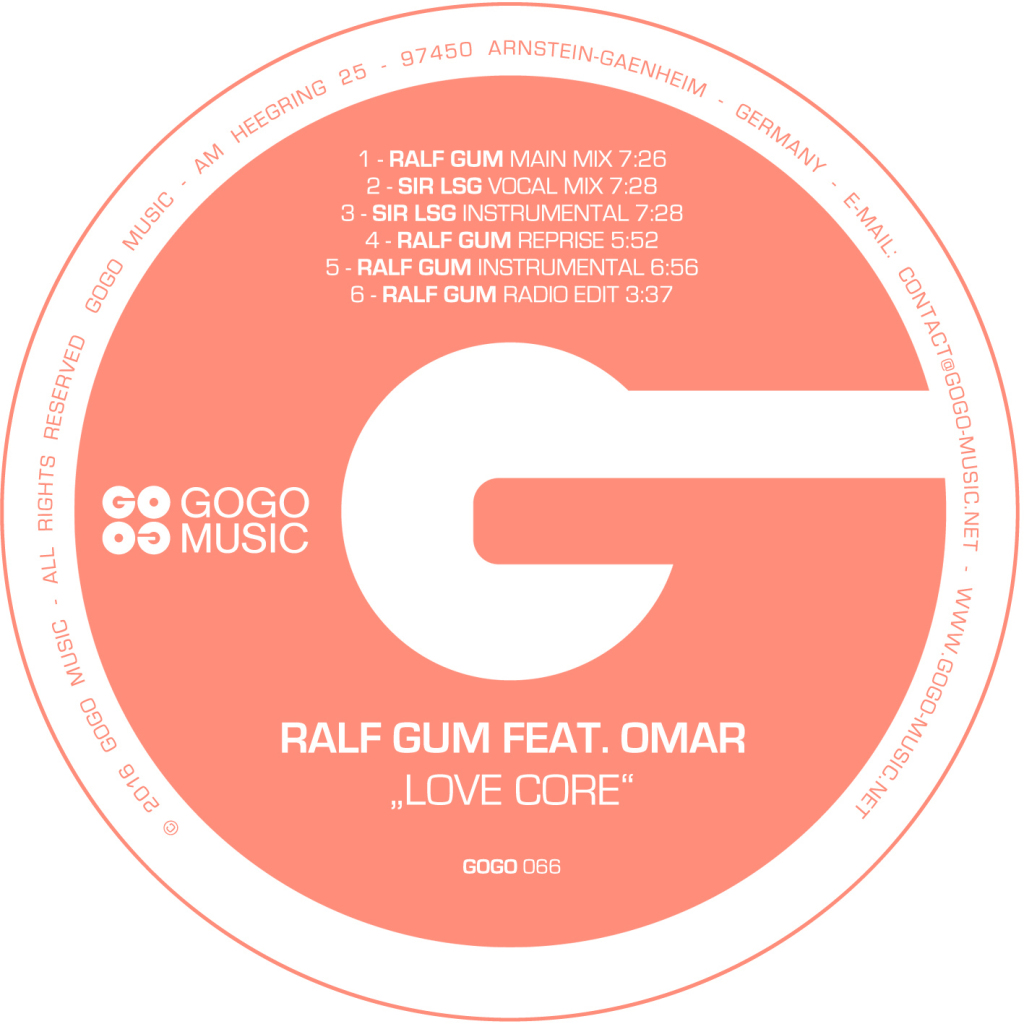 On the backdrop of the month of love, the internationally renowned GOGO Music label releases the “Love Core” EP. Produced by label head Ralf GUM this title features United Kingdom soul-don Omar. “Love Core” is the 5th single to be taken off of the German tastemaker’s classic 2014 long-player ‘In My City’ – Awarded Best Dance Album 2014 by iTunes, South Africa. The music label views, ‘Love Core’ as an outing that will stand the test of time and which same time proofs how much meat Ralf GUM’s album ‘In My City’ contains.

Thanks to unique musical taste and a flawlessly consistent output, Ralf GUM became one of the world’s most popular house artists with a back catalogue that stands up against any of his peers. Due to consistent high quality Ralf has been nominated number one Afro House Artist mid of 2015 by Traxsource and can be found in their Top 20 listing of Soulful House Music Artists, too. This accolade confirmed once more Ralf’s standing within the House Music industry, just as his releases and DJ sets do.

Omar broke through to worldwide renown all the way back in 1991 with his first releases on the seminal Talkin’ Loud label, and since going on to work with all manner of musical legends including a certain Stevie Wonder, Erykah Badu, Angie Stone, Syreeta Wright, Common, and Carleen Anderson. A former principal percussionist of the Kent Youth Orchestra and later graduate of the Guildhall School Of Music in London, Omar has now been making music for more than 25 years and is still just embarking on a new phase of his career, one that’s designed to bring him directly to a wider public than ever before.

The release includes remixes by soulful house producer Sir LSG who took time off recording his debut album to deliver a true rework of ‘Love Core’, which already let’s you get an idea what you can expect from his first long-player. He definitely is a talent with a real feel for a real song. Backed up with great trumpet work by Kafele, his mix takes you on a soulful journey letting the vocals shine as they should. The release dropped on the 19th of February 2016 and is available for purchase on Traxsource.