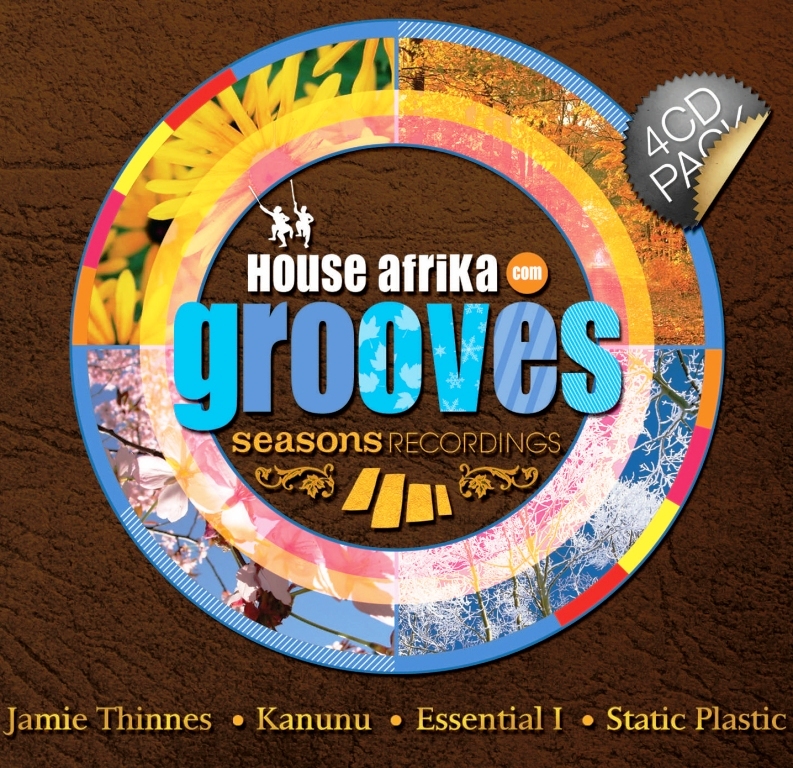 Seasons Recordings is an essential deep house and garage label based in the USA and run by Jamie Thinnes, and it’s been making a serious impact in South Africa for a number of years. Now it’s set to explode with the release of the second instalment in the ‘House Afrika Grooves’ series: four CDs devoted to the finest output from this class stable.

Seasons and its sister label Seasons Ltd. have hosted some of the most highly-rated house acts on the planet: floor-fillers like Franck Roger, DJ Spinna, JT Donaldson, Boddhi Satva, Chez Damier and Charles Webster. And lately it’s become increasingly Afrocentric, with Thinnes teaming up with Halo to put together ‘Platform 2’, a selection of some devastating African dance music cuts.

Seasons have also recently enlisted the SA skills of acts like Black Coffee, Trancemicsoul and Tshwane’s Magic Soul (who’ve just remixed Distant People ft. Rainy Payne) to jack up their catalogue, so this release feels like a natural next step, and it’ll certainly seal their status down South.

It features a quartet of quality explorations into the Seasons back-catalogue segued by label boss Thinnes, local scene stalwarts Static Plastic and Kanunu and scorching newcomer Essential I. All four mixes embody the Seasons ethos: “consistent, quality house music based on an unshakeable foundation of musicality, soulful delivery and infectious grooves.”

Jamie Thinnes needs little introduction, having been at the helm of Seasons and its sub-label (and over 100 titles) over the past 15 years. Kanunu is one of House Afrika’s most revered representatives, having helped seal the “Tshwane Sound” in local dancefloor lore and pioneering the midtempo movement at the start of the millennium. Static Plastic is a legendary DJ and producer responsible for mastering a vast chunk of the greatest SA grooves of the past couple of decades.

The new and exciting face on the block is Essential I, who’s been establishing himself with partner Mindlo for a while, but who’s hit stratospheric house heights lately since reworking Black Coffee and Zakes Bantwini’s massive “Juju” and 60 Hertz’s “Capricorn”. The latter was licensed to Ralf GUM’s GOGO Music (and appeared with remixes by GUM himself and QB Smith) and is fast becoming one of the funk phenomena of 2012, slipping into the bags of Rocco, Christos and Vinny Da Vinci – and remaining there.

In the face of so much throwaway thump, all four of these mixes (Winter, Spring, Summer and Fall, if you like) capture the jazzy, soulful and heads-down, late-night ethic of a label that’s stuck to its guns – and stuck to a doctrine of deep.