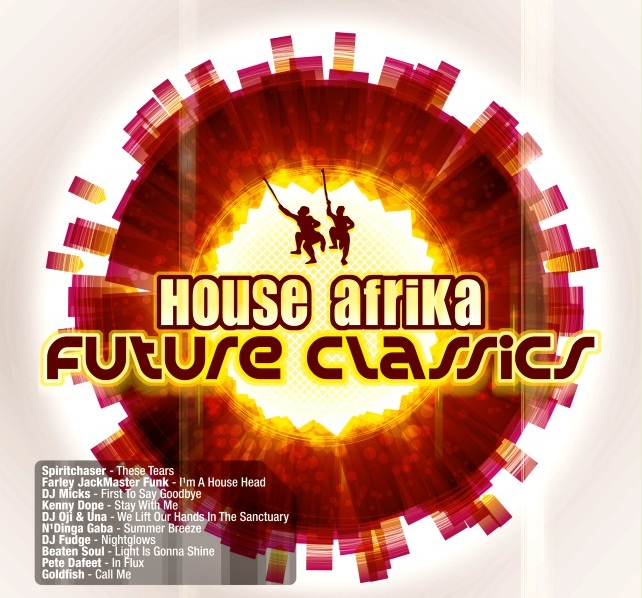 During their long and rich history, House Afrika have constantly charted the future of funk, inevitably including tracks on their compilations that go on to rule dancefloors in the coming months (and even years). Now they have their eye set firmly on the future with an aptly-titled collection that includes over a dozen cuts bound to dominate South Africa’s dancefloors for the rest of 2011 and beyond.

The collection starts with a remix of a track that, with the help of House Afrika (who included on the last installment of Vinny da Vinci’s ‘Deep House Sounds’ series), has already bossed 2011: Spiritchaser’s ‘These Tears’. Undoubtedly THE biggest speaker-buster of the year, the label has unearthed the equally amazing “EST8 Piano Mix” of the track, and it kick-starts this collection. It’s a tough act to follow, but one that’s handled with aplomb as the tracklist weaves through a selection of ultra-modern and headstrong house grooves.

Surprisingly, some of the ‘future classics’ are updates of timeless standards or are the product of well-established producers who are still at the top of their game. In the former category, DJ Oji and Una’s seminal tribute to nightclub catharsis, “We Lift Our Hands in the Sanctuary”, gets a re-rub from The MuthaFunkaz, and Dennis Ferrer’s “Hey Hey” is future-dated by Atjazz. The legendary Martin “Atjazz” Iveson is responsible for updating a couple of other choice tunes here, including ones from Pete Dafeet and N’Dinga Gaba featuring Sahffi. Other recognized talents lending choice sub-bass weight to the ‘Future Classics’ collection include Jon Cutler (who also has a couple of entries), Rocco, Kenny Dope with Blaze’s Josh Milan, Tom Middleton (remixed by fast-rising production prospect Maya Jane Coles) and Culoe de Song, who turns in an excellent remix of Goldfish. There’s also another special cut here that, more than any other, sums up the collision of “future” and “classic”.

It’s a new track by one of the godfathers of house, Farley Jackmaster (of “Love Can’t Turn Around” fame) alongside Billy Monroe, remixed by another of the genre’s elder statesmen, Chicago’s Mike Dunn. It sums up what this mix is all about: firmly fixed in a long lineage of proper house music but with an eye resolutely set on what’s coming next…