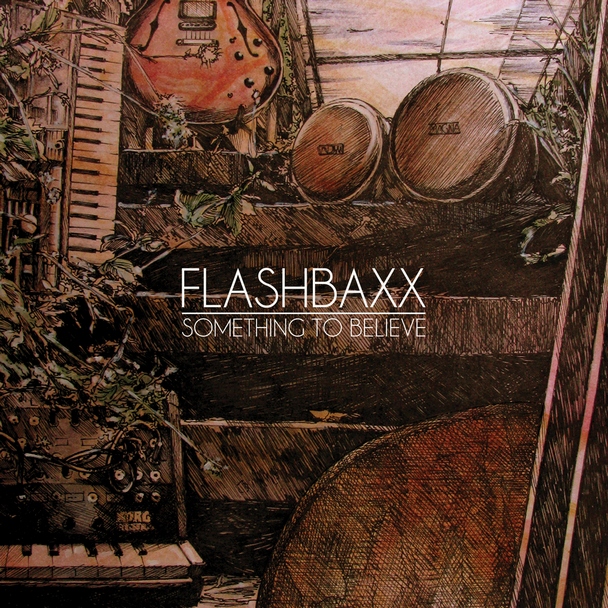 Since Flashbaxx released his critically acclaimed EP titled ‘The Changing Tides’,  Flashbaxx (aka Daniel Stenge) immediately began working on an album to follow the EP in 2008. Inspiration at that time however was fleeting, music making was difficult and he was not satisfied with his early drafts.

He decided to take a break from Flashbaxx and devote himself to other projects.

Not that Daniel was resting … rather, he was restless. He expanded his record label BaxxBeatMusic, produced and recorded other bands and artists, composed music for commercials, and frequently performed as DJ.

From time to time a Flashbaxx loop appeared on his sequencer, but he still was not able to complete the puzzle. But after a few years of all this activity and exposure to the music of others (in the clubs as well as the studios) Daniel’s inspiration returned and he was finally ready to push the Flashbaxx musical vision into action.

The album takes a trip down the coast of Latin America while grooving through Disco and Deep House-influenced club tracks.

Following his passion for Funk and Jazz he has given a lot of attention to the organic details, combining this with more loop oriented songs, settling for a sound somewhere between the couch and the dance floor.

It’s a bit ‘old school,’ but far away from being frumpy … sometimes laid back, sometimes demanding body motion.

Editor’s Sidenotes: Flashbaxx hasn’t reinvented the wheel with this album, but the truck now has some cool new slippers! Flashbaxx is back … and he’ll make you a believer.