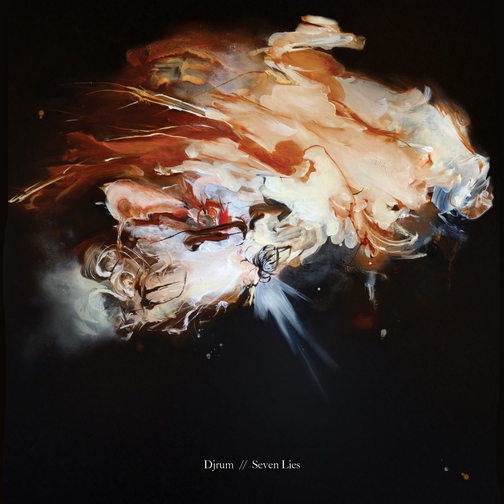 Felix Manuel aka Djrum (pronounced “Drum”) drops what has been an achingly anticipated debut album titled ‘Seven Lies’. [Editor’s Notes: I for one; had been patiently waiting for this one].

I must also say ‘2nd Drop Records’ were actually lucky to pick up on Felix’s concealed talent. They’ve since drafted him (and this will hopefully jolt your memory to remember who Djrum is) to remix the wonderful lament titled ‘Explode’ by LV and Message To Bears featuring Zaki Ibrahim, to widespread acclaim.

This time however, it is spread over a bigger, more luxurious canvas that dips like an undulating terrain of sound; Techno troughs, bumpy Hip Hop breaks, euphoric Drum and Bass, all filtered through the Djrum joint.

Felix made his production debut as Djrum with 12” singles on the ‘On the Edge’ and ‘Smokin Sessions’ labels. This ultimately provided him with a perfect platform for his own hybrid sound.

A sound that instead of reflecting the brash energy of his DJ style, turned inwards, almost ingesting and metabolising those sounds to create an introspective, sensitive and perceptible crossbreed.