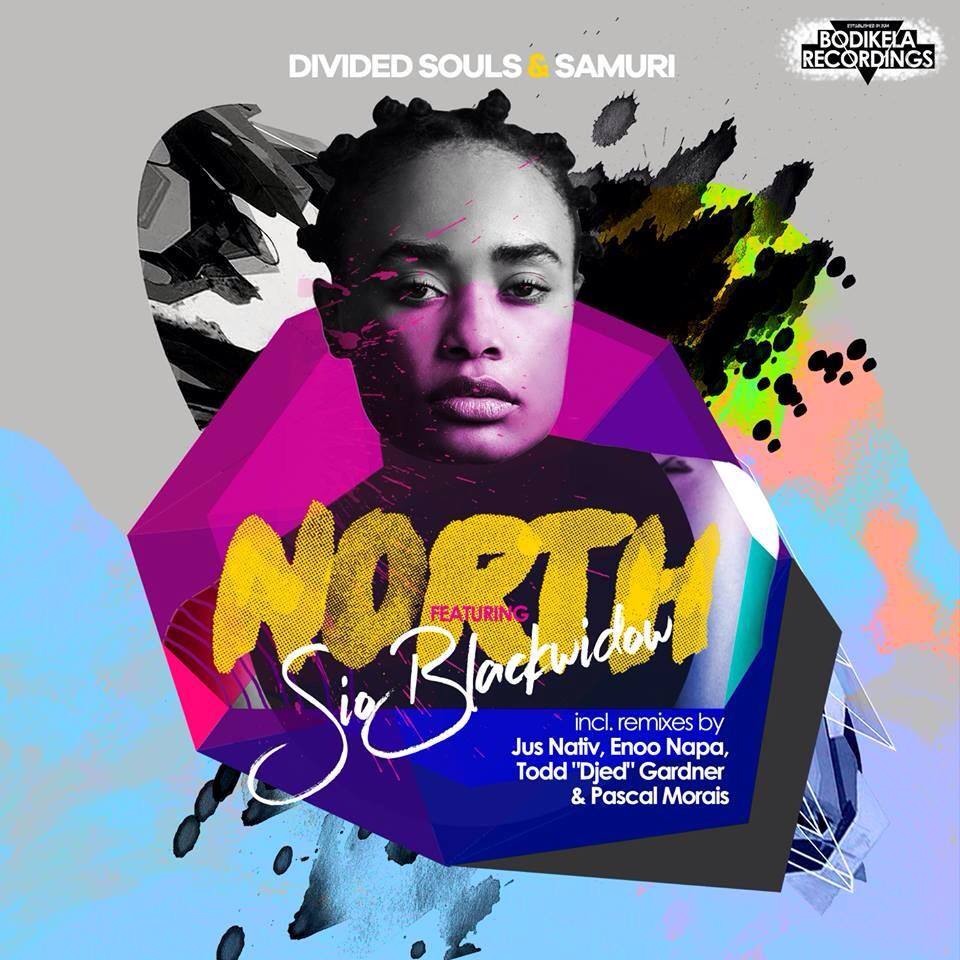 It’s not the first time the pair (Divided Souls & Samuri) come together for a Bodikela release, 2015 saw them put out an Afro House gem titled ‘Life Is Not Easy’ featuring Somalian singer and songwriter JAMA, while some of their earlier works date back to 2012 and include titles likes ‘Joy’ together with Gina Dunn and Le Alen on Map Dance Records, ‘Violino da Venezia’ through White Lotus Club and ‘Escucha Me’ via the La Santa Negra Art Agency.

The original mix of ‘North’ is by Divided Souls and Samuri and it features the abstract vocal tones of Sio Blackwidow. The vocalists emotive lyrics gently meet dark piano stabs that echo into the abyss supported by an underlining bassline and broken-down chords.

Jus Nativ takes it back-to-basics with his well arranged afro deep rendition of North – presenting a vibe that has all the right ingredients for the dance floor. A deep bass kick drives us into airy pads that linger over a progressive drum build up, as the song crashes into break with ease. Nativ works in warm chords while he strikes the hypnotic bars of the xylophone in repetitive strokes, he builds the arrangement back into song infusing shakers and distinct percussive elements to complete his percussive journey.

Durban (KwaZulu-Natal) based Enoo Napa offers us The Travellers Remix, the groundbreaking music producer offers an edgy aesthetic as he leans on a afro tech house sentiment. A grungy mid-low bubbles under while he filters in vocal dubs of Sio Blackwidow as a relentless and driven drum line drives us north.

The sound only gets deeper with Todd Djed Gardners’ minimalist reconstruction of North, while Amsterdam based Pascal Morais adds to the remix package with a loungy rendition that is carried by a reggae inspired bassline.

This release package includes five stand out interpretations by some of the finest deep and afro house exports on offer from different avenues of the globe. The melody in the music is somewhat infections and the more you listen to this joint the more you get to delight in each ones musical perceptive.

Collaborators Note: Join the Bodikela Crew at TM Lounge in Alexandra, Johannesburg on 29 April 2016 for the North Release Launch Tour. The event will see a live performance by Sio Blackwidow and DJ sets by label mates, moreover the crew also plan to premier the ‘North’ music video on the night.