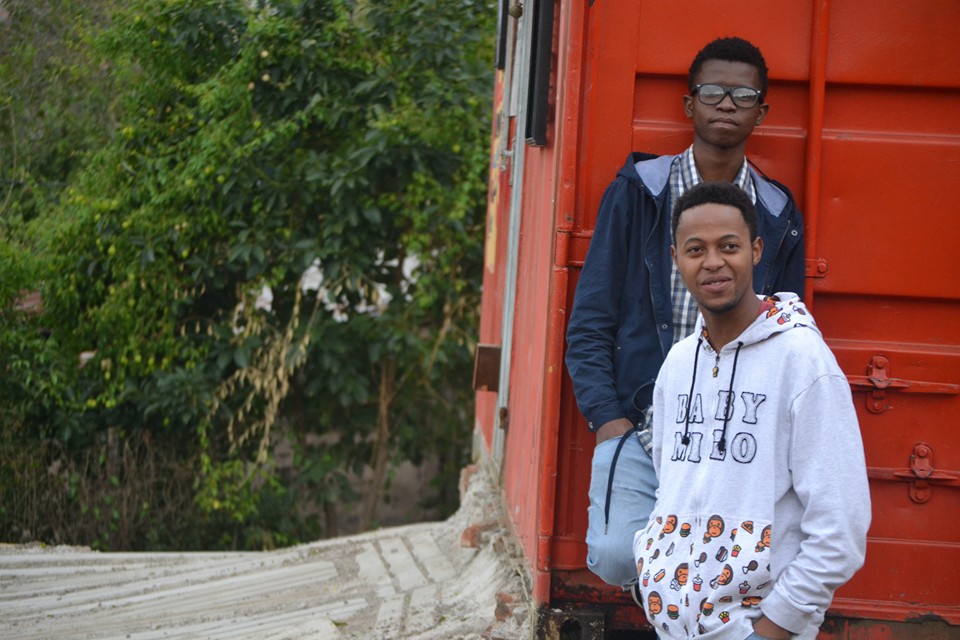 C-Major SA have been pushing the boundaries of the Afro and minimal house scene for a few years now, with previous releases on the well established Atal imprint dating back to 2013. The progression of their distinctive sound is well documented in their discography and has garnered critical acclaim from the likes of Laurent Garnier, Damian Lazarus and Roger Sanchez.

We catch up with the music duo to chat about their rooted beginnings to what’s arguably their most accomplished work to date their debut album, ‘The Link’…

@Houseonmag: Who are the members of C-Major (SA) and which parts of KZN are you from?

@C-Major (SA): Mlungisi Zuma (DJ MP) from Estcourt and Phiwokuhle Madondo (DJ Qiuo), we are both based in Durban now for music commitments.

@Houseonmag: What does each member bring to this unique musical collaboration?

@C-Major (SA): We both produce and deejay, stay together in our home studio. We make music almost every day, we start beats together, sometimes do them individually and swap files later on. DJ Qiuo is the one who records vocals, recordings and mixing, DJ MP is good at directing our music, networking and pointing our musical brand in the right direction in the country.

@C-Major (SA): About 3 years ago when Nqobile Ntlabathi (CueBee) and Jiyane a.k.a Sgqoko parted ways with Room 806, they then formed C-Major (SA). DJ Qiuo later joined the group, he was known as ‘Maestro So High’ back then. The 1st EP we released was titled ‘Amazing’ which featured Cebo. After sometime DJ MP also joined the group. However, due to geographic locations and other commitments from the other members, only DJs’ MP & Qiuo are left in the group now.

@Houseonmag: C-Major (SA) has been releasing music for sometime on Atal Music, how did this relationship come about?

@Houseonmag: How would you best describe the style of music you produce?

@C-Major (SA): Our music is a fusion of different genres of house music compiled around the world. ‘Atmospheric yet soulful’ best describes our music.

@Houseonmag: The opening song on the album is titled ‘Nat Nakasa’. Why is this so, is this a tribute to the late South African born Journalist Nat Nakasa?

‘Freesyle’ is a minimal and dubbed out affair, built from the ground up with crisp off kilter snares and sub-low kicks alongside a soothing synth narrative which captivates from the get-go. ‘Big Fish’ is up next, a slow building sultry adventure formed of panning percussive hits, an entrancing lead melody and C-Major (SA) signature atmospherics.

@Houseonmag: ‘Andingowenu’ features the unmistakable vocal talents of Toshi, what is the meaning and inspiration behind this song?

@C-Major (SA): Toshi wrote this track. The story line is about the one who started to love God at a young age. Andingowenu states that the writer is not owned by the ancestors’, she is owned by the most High.

Glistening synths and meandering arpeggios open the sampler in ‘The Sons’, before irresistible shuffling percussion and organic chords delve deeper.

@Houseonmag: Can you give us some insight on your collaboration with Papi Minoki on ‘Fou De Toi’?

@C-Major (SA): Papi Minoki is a Congolese vocalist with a distinctive voice. We decide to work with him because we liked the energy he brought to the project. This song is a love song, which he dedicated to a loved one. ‘Fou de toi’ means ‘Crazy for you’ in French.

‘FM8’ then slows things down further bringing a subtle natural percussive swing, deep subs and wavering warm pads into the limelight before ‘Location Base’ ups the ante and hones in on an alluring bass line fused with hypnotic vocals and snaking effects. Closing the package is ‘Dubest’, another mellow yet understated cut that utilizes jacking rhythms and is driven forward with crafty acid licks and spatial synths.

@Houseonmag: Can we expect some remixes from your Atal Music label mates or from any local producers?

@C-Major (SA): Yes most definitely, there are already remixes by Alton Miller and Diamond Dealer from Atal Music of ‘Andingowenu’, more are planned…

@Houseonmag: Are there any plans to promote the album by going on tour, visiting other South African cities?

@C-Major (SA): We have already done a few dates. We are in talks with sponsors and venues to do more, details will follow as soon as everything has been confirmed.

Collaborators Note: Stay in touch with C-Major SA by following them on Twitter. Check out their debut album titled ‘The Link’ – out now on Traxsource.com