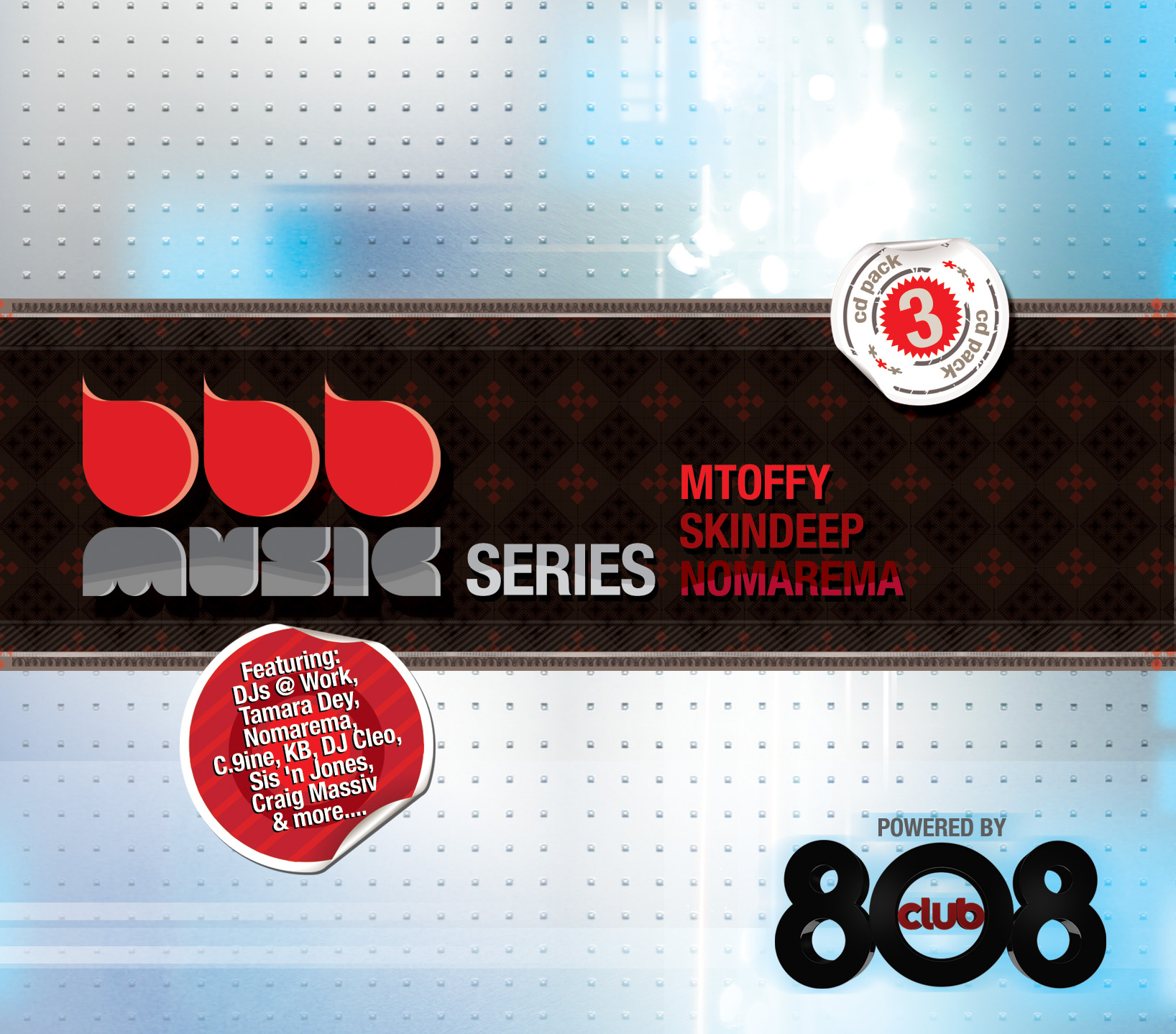 This new release on the chart-busting and trail-blazing label that brought the world Liquideep and C.9ine is a funkalicious triple-pack that’s undoubtedly going to set the house scene on fire. Powered by popular music tv show Club 808 and E-TV!! BBB SERIES will consist of around 4 hour’s worth of essential listening and easy-kicking grooves that cover the spectrum of new and have-to-have classic South African dance beats. The compilation is suavely split up into 3 eclectic yet complimentary disks and this is what they have to offer…

Disc One is titled ‘Deep Soul Grooves’ and is mixed by BBB turntablist Mtoffy. The first beat is that of Jonny Montana’s & Stephanie Cook as they give us a soulful offering titled ‘Love Again’. Internationally renowned production duo Fish Go Deep give us a re-interpretation of C.9ine’s ‘This Is Real’. T-solo makes a great impression as Mtoffy selects 3 jazzy titles by the groundbreaking producer including, ‘Anatomy Of Soul’, ‘Nights In Somerset’ and ‘In Essence’. Former label mates liquideep give C.9ine’s ‘Heaven Is Here’a different take while a Room Service Progressive Mix of Menu’s ‘Grow Again’ also makes the fold. Its all in the name they say… and in this case it’s safe to say that offering by Mtoffy showcases the quality and pedigree producers under its stable as they deliver on really deep soulful grooves.

The second disc meanwhile represents the beginnings of class SA house tunes and it’s blended by a pioneer of an avant-garde sound like no other Skindeep. Perfectly titled ‘Origins’, it presents a selection of classic South African house cuts composed by legendary DJ’s At Work who feature the late Lebo Mathosa on ‘Hey DJ’, Antonio Lyons features with a timeless offering titled ‘Body Poetry’. Skindeep revisits the classic cut Zoe (The Blessing) by DJ Cleo and sees Tim White making an appearance with ‘Sunday Lounging’. He features the 2008 underground club hit ‘No Barriers’ by Sis ‘n Jones includes other titles by SA’s dance music pioneers including the likes of Craig Massive and Static P urban house vocalist KB and Tamara Dey also make an appearance.

The last salvo is tagged “15th Avenue”, is a hotly-anticipated sophomore artist album from the brightest-burning artist on the BBB roster, Nomarema, who’s had liaisons with labels like House Afrika, SoulCandi; DJs like Glen Lewis; underground clubs like 115, also did the soundtrack for popular local soapie Generations. ‘15th Avenue fuses traditional African sounds, Afro-soul, house and acid jazz into a coherent and ultra-funky whole. It all adds up to the most essential round-up of essential, enlightened and ground-breaking beats the country will ever have the privilege of dancing to.