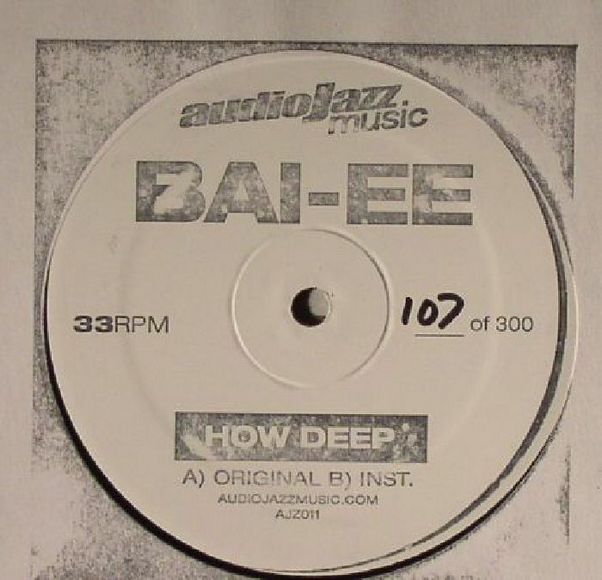 Since his last solo release in 2012 DJ / producer Bai-ee has been working under two notable monikers: Secret Studio where he debuted on SS Records and under his group project audioJazz where he put out three notable 12” releases in 2014 – ‘Summer City Nights & 7 Inch Music Sessions.

He now enters 2015 with his first solo release in three years on the audioJazz Music label with a stripped down House track that gets straight to the essence of deep.

It’s a smooth sounding original with classic elements and one heart throbbing question: “how deep is your love?” and for those not seeking any answers, an instrumental is included.

Joining the release as a remixer, Johnny Fiasco delivers a refreshing, synth soaked update that is modern and wondrously ambient – providing dance floors with House vibes suitable for any time of night.

And for those who appreciate and have a deep love for putting the needle onto the groove – the release comes with a limited vinyl-only 300 presses.

Editors Sidenote: ‘How Deep’ has been released with a 300 copy (limited run) 12’ vinyl single –distributed by Crosstalk International