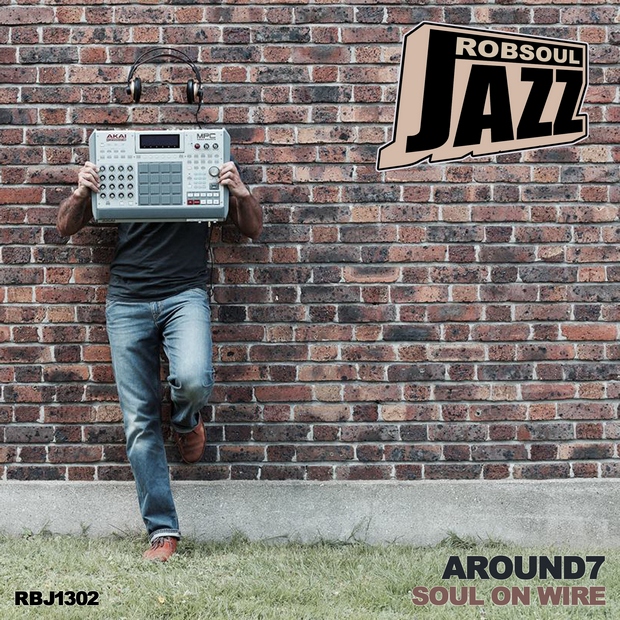 Around7 follows up his 7 track mini-album debut ‘Back To Basics’ from March, with the full length ‘Soul On Wire LP’. The album features 17 tracks of the laid-back Jazz, Hip Hop and Broken Beats that found him so many fans last time around.

Hip Hop influences such as J Dilla and DJ Premier are in heavy evidence, alongside the Jazz of Miles Davis, Bill Evans and the legendary Blue Note Records.

“The aim of the tracks is to sound acoustic through the use of the jazz samples, but underpinned by rough old school hip hop beats. The sample usually forms the starting point for each track. Increasingly, I like to edit the track in a natural feeling – I think this the part that jazz has in my music, improvising with samples like a musician with his instrument.”

Around7’s music career began as a bassist and trumpet player in a jazz/funk band. After learning to play keyboard and discovering the Akai MPC sampler and software such as Cubase, he merged all of his skills together to create his own tracks based around live instrumentation and samples.

‘Soul On Wire LP’ is released as a two part vinyl set, followed by the full digital album.

Editor’s Sidenote: Soul on Wire LP is released on Robsoul Jazz, an offshoot of the well-established Robsoul Recordings house label run by Phil Weeks — these guys treat the art of sampling as their mantra!