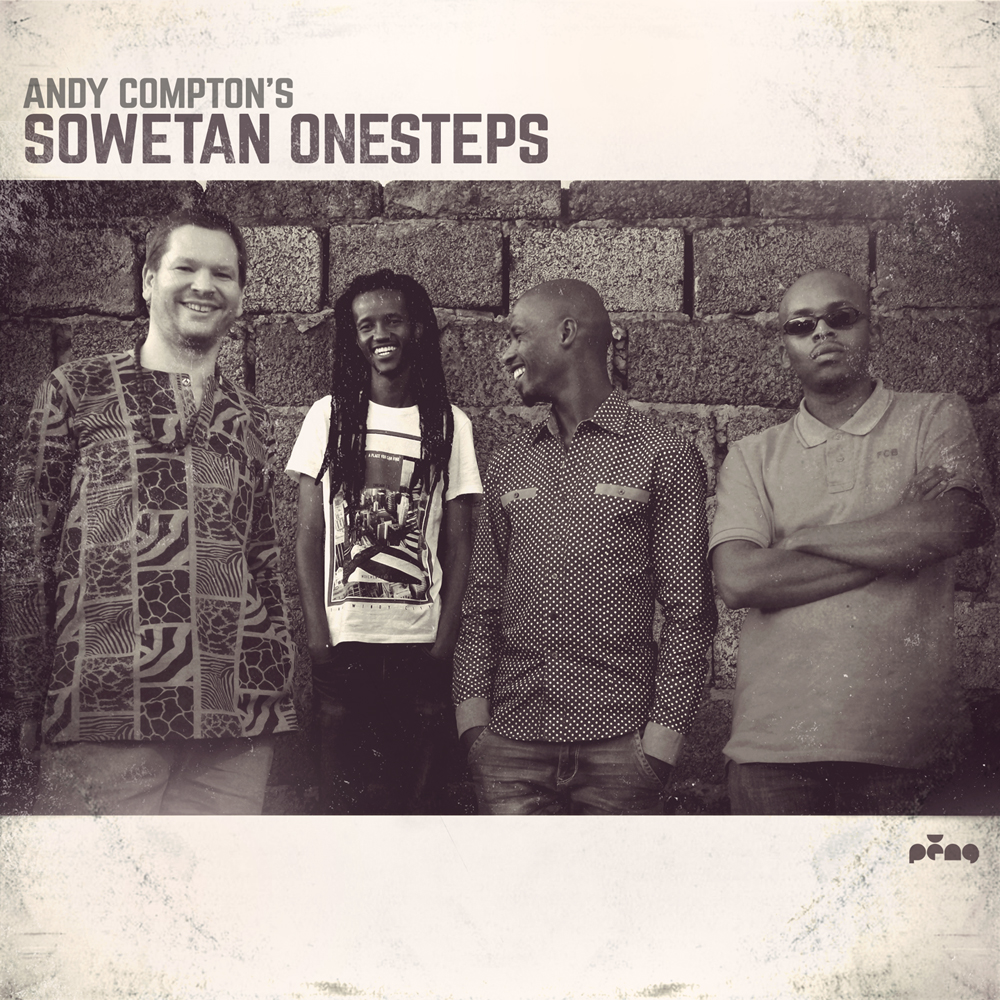 Something unique and special was bound to happen when a couple of free-thinking creatives came together in a small backroom studio in Diepkloof, Soweto. Give them a MacBook, a microphone and a decent sound-card, add some musical instruments to the live mix and the result … many moons later… A world class album which has gone on to attract international collaborations with seasoned house vocalist Ladybird from Paris, Bristol native Celestine as well as Kenyan vocalist Asali.

Andy Comptons’ relationship with South Africa dates back to the mid nineties, where the love for his group ‘The Rurals’ inspired many musical moments – influencing cross-generations with his jazzy and soulful musical vibrations. The Rurals tastemasker has spent a wealth of time over the last 5 years touring the beloved ‘House Music Nation’, mainly playing in the townships, and it has come as no surprise that a Bristol x Soweto collaboration would be born from his new found musical encounters.

Andy met Bongani (a percussionist) and Shamrock (a guitarist) at a local gig hosted by City Soul Addicts, the music event featured resident percussionist Bongani and guitarist Shamrock who are both from Soweto. Impressed with the duos raw energy and talent Andy suggested they hook up and have a jam session the very next day. A day later, in Shamrocks small backroom studio the collective jammed into a song titled ‘Chillin’ In The Ghetto’ which features Mpho Diloro on the spoken word.

Within Comptons’ follow up DJ tours to SA, he worked a plan for day time jam sessions with the guys so they could get enough music together for an album. Sowetan Onesteps is Andy Comptons’ 30th studio album, one he sights as his most challenging project to date but one that truly captures the spirit of Africa.

@AndyCompton:  I met shamrock and Bongani, at the City Soul Addicts gig in Jozi, it’s not often you turn up to a gig that has a resident guitarist and percussionist! The vibe was great, and I ended up jamming some guitar with them as well. I suggested we do something in the studio. The next day we all met at Shamrocks in Soweto with Mpho, and made the song ‘Chillin’ In The Ghetto’ which was the first single.

The name ‘Sowetan Onesteps’ was chosen for the group/project name as it took one step to get to the kitchen, onestep to the lounge and onestep to the studio. – Andy Compton.

@Houseonmag: When did the creative process begin and how has the project taken shape?

@AndyCompton:  It started with ‘Chillin’ In The Ghetto’, then the seed was planted for an idea for an album.

@Houseonmag: Tell us more about the recording process?

@AndyCompton: We would just get a jam going, hit record, then over dub some solo’s if needed. Bongani also plays some jazzy chords as well, and Shamrock sings a bit! it’s all good fun, we just capture the vibe.

@Houseonmag: Where does the Sowetan Onesteps project aim to go?

@AndyCompton:  It’d be great to do some live gigs in the future. The main aim was to record a timeless album!

@Houseonmag: What has the experience taught you?

@AndyCompton:  That with a Macbook and decent soundcard you can record decent music anywhere! It’s been great getting the African flavour in the songs as well, a sound/style that I really love, but could never produce on my own.

“My personal journey with Andy has been a roller coaster. From the time I met Andy when we were trying to do a music and dj workshop in Soweto, through to persuading Andy and organising with Bongani and Shamrock to record, to transporting everyone for those first few recordings. It was only supposed to be for 1 track but…… I will never forget when “Chillin in the Ghetto” was almost complete and Andy said “let’s do another, in fact, let’s make an album guys”. When we met,I was a DJ and artist manager. I’m an aspiring artist and producer today and it’s because of Andy, for that, I will always be greatful! – Mpho Dirolo

Its a dream come true to work with the Legend “Andy Compton” on an album and I’m also honoured to be working with my brothers Mpho and Shamrock. I have learned a lot from everyone, more especially team work. That was the best thing I have learned from recording this album as a young producer. – Bongani Sessionist Mazibuko

@AndyCompton:  There’s some Deep, Jazzy, and Soulful house. We also worked with vocalists Asali, Celestine and Ladybird to give it a more international collaboration feel.