‘Of Good Report’ premiers at the Durban International Film Festival 2013 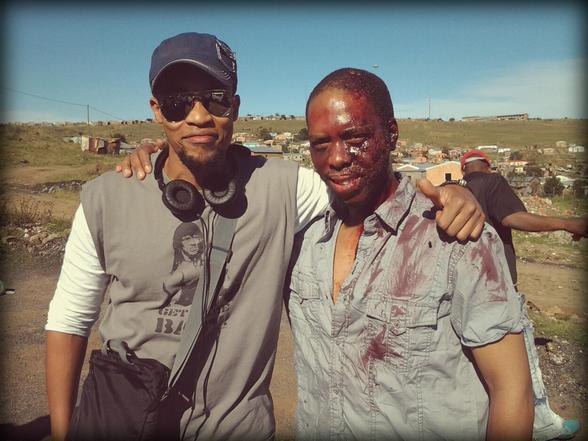 In what is described as a passionate homage to classic film noir, Qubeka’s latest offering tells the sombre tale of a small-town high-school teacher with a penchant for young girls. The director’s third feature is a hypnotically engaging journey into the soul of a mentally troubled man.

The trouble for Parker Sithole (Mothusi Magano) begins when he accepts an invitation to a drinking session at the local tavern. Here, he meets the undeniably gorgeous Nolitha Ngubane (Petronella Tshuma). Captivated by her beauty, Parker experiences an ecstasy he’s never known before and truly feels like a man reborn.

From this mutual attraction, an illicit affair ensues. However, there’s just one problem: the beautiful Nolitha is one of Parker’s pupils and just sixteen years old. Parker quickly spirals into a deep obsession that ultimately turns to a tragedy.

Six months later, the sociopathic Parker has moved on from his previous job. Trudging along the barren landscape, he stumbles upon an opportunity for a fresh start.

According to a caption on an old strewn newspaper, there is a shortage of teachers in Zimbabwe. A qualified educator like him shouldn’t struggle to find a post; after all, he does come of good report.

In Qubeka’s words Of Good Report is a serial killer origins story about how a social misfit turns into an inadequate man hell-bent on satisfying his shameful lust. It is Little Red Riding Hood, told from the wolf’s perspective.

Who is Jahmil XT Qubeka?

Qubeka’s documentary and feature film work has screened at festivals around the world. He has directed ‘Talk to Me’, an hour-long HIV/Aids documentary special with Sesame Street New York, which won the Peabody Award for best Actuality Programming.

He also produced the low budget feature film ‘uMalusi’, which was released by Ster Kinekor in March 2009. His second feature, ‘A Small Town Called Descent’ enjoyed its world premiere at the 31st Durban International Film Festival, and won the Founders’ Award for Narrative Feature at the Pan African Film Festival 2001.

What do others say about ‘Of Good Report’?

“We are extremely happy to be opening DIFF 2013 with Jahmil’s brave and remarkable film. Of Good Report does so much more than simply telling a South African story; the film redefines the local filmmaking landscape and extends the language of African filmmaking while acknowledging the rich history of global cinema”.