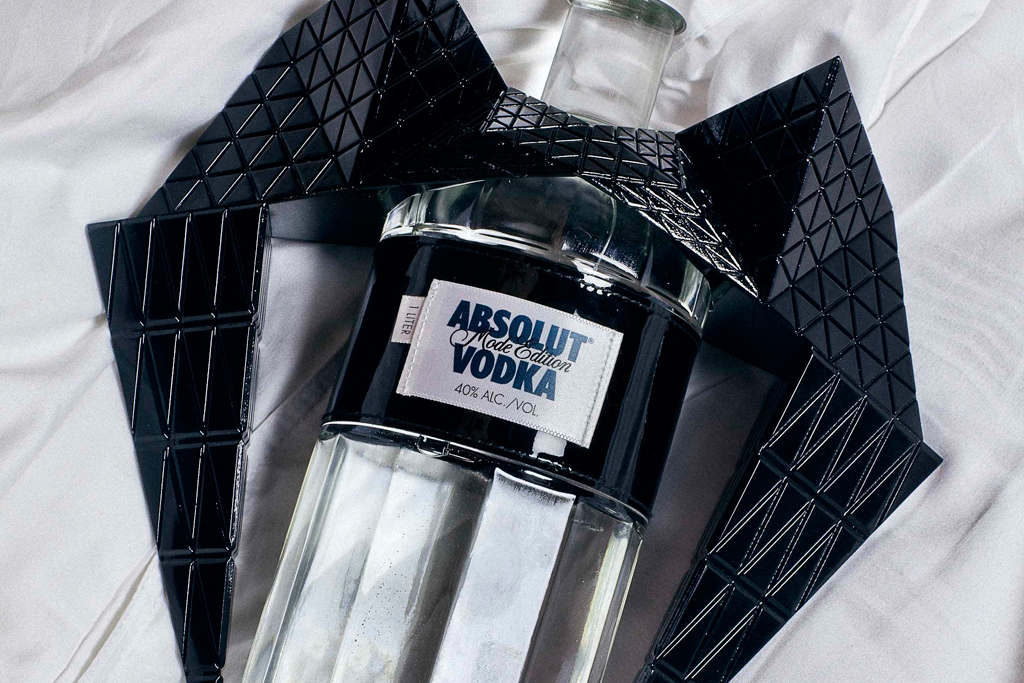 They say you are what you eat, so make sure you wine and dine only the best…

Designer Gareth Pugh has recently teamed up with ABSOLUT MODE EDITION to participate in a redesign of the iconic ABSOLUT bottle. Having served as a blank canvas for the likes of Andy Warhol, Kurt Wenner and Spike Lee, the Swedish brand’s bottle serves doubly as a container and a piece of art, especially when designed as special limited editions.

For Pugh’s turn at the trademark spirit, he chose to evoke the realm of fashion by creating a bottle with twelve facets and wrapping it in a midnight blue silk cloth embroidered band. The distinctive ABSOLUT model is a collector’s item for fashionistas and discerning drinkers alike.

For those of you looking for new cocktail ideas, here are a few named by British goth-chic designer Gareth Pugh.