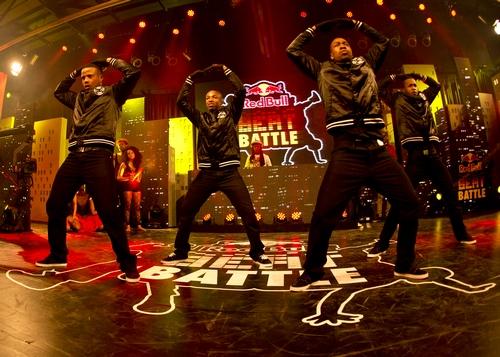 From the chattering hubbub of the industry elites and melodic connoisseurs alike, the buzz on the street is definitely on the 2013 RED BULL BEAT BATTLE.

After a superb trail blaze in 2011/2012, the Red Bull Beat Battle now straddles head to shoulder arguably above the rest unleashing the freshest in South African Street dance talent.

This year’s event is undoubtedly going be a stronger asset, to give a crisp distillation of where the cutting edge emerging street dance talent is currently situated in South Africa.

Whether your group has only just started putting together some dance routines or has been completing perfect geometric break-dance twirls for a while; it really doesn’t matter.

All you need to do now is to register your CREW at the RED BULL WEBSITE to participate in the qualifying stages on the following areas:

DATES FOR THE QUALIFYING STAGES:

You better come raw, uncut, rugged and willing to do battle at any time.

We’ll keep you updated on more information, and if you have a specific question, holler at us and we’ll do our best to hook you up with some info.