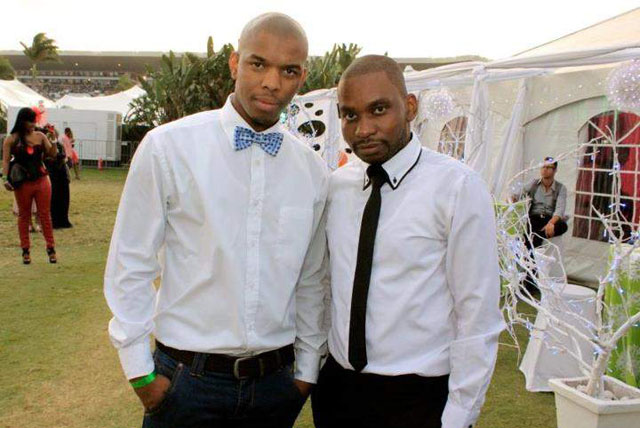 The DJ duo ‘Panache Boyz’ (aka DJ MlaMza & DJ Mzu) have grown to become matured House music connoisseurs; pundits favourably placing them as all-rounder DJs who can play at any time and with an eclectic music palette to please different types of House music audiences. They are fast becoming prominent in South Africa’s club land. Here is their story:

‘Panache Boyz’ is quite a flamboyant name for a DJ outfit. Ordinarily, DJ duos are formed on a certain key principle – as flashy as the name sounds, why does ‘Panache Boyz’ exist?

Panache Boyz exist to offer quality, present-day, garden-fresh entertainment on and outside the dance floor.

You both come from a Radio DJ background. Are there any parallels that you’ve identified between Radio DJ’ing and Live/ Club DJ’ing?

Apparently your DJ sets are ‘enchantingly tasteful’, what makes up these sets?

We have a vast House/Dance music scope and play what works for the current crowd on the dance floor. It varies from relaxing Lounge tunes to full-on party thumping anthems. We play according to the crowd’s tastes.

We’ve honed the presentation of our sets to suit all House music audiences, whether Deep, Soulful, Funky or Grooving and at any time during an event whether a mellow opening set, a thumping midnight set or a captivating closing set.

We treat our task as DJ’s very professionally. We do our research of the place and the crowd prior going to play at any gig and also ensure that communication channels with the promoter or party planner are open and that we perform to the party planner’s requirements and the crowd’s expectations.

We study dance music trends and our music collection is up-to-date.

Which musicians/artists do you hold in high regard?

Black Coffee – he is arguably the number one House Music DJ & Producer. He has done it all; from number one hits on Traxsource to a packed stadium with an orchestra and still has his feet firmly on the ground – living legend.

Do you see growth or stagnation in the current House scene?

The House music scene is most definitely growing, especially in SA. The digitisation of the industry is resulting in a constant inflow of new talented Producers, DJs, managers, agents and promoters.

More and more local DJs and producers are now also showcasing their music on international platforms and doing gigs on international clubs. Feu and Soulistic Music now have annual parties at the Miami Winter Music Conference. Julian Gomes was of the top selling producers with ‘Love Song 28’ on Traxsource in 2012.

The Market for House music is also expanding and diversifying. Mi Casa’s album sales in 2011 & 2012 have proven that not only is the House market big but it also has potential for more diversity in terms of race and age.

How much traction did your single ‘Dreamer’ receive in the marketplace?

Dreamer is our first single featuring Christyle. The song is a bitter-sweet story of a resilient dreamer who is pushing out of a life full of obstacles by hanging onto the dream and carrying on the path of making it come true. It’s a romantic yet inspiring recitation over a thumping House beat.

Dreamer was well received in the market, beyond our expectations especially for an independent group without being signed to a major label it; it was no small feat.

It reached number 10 on the YFM Top 40 Urban Chart, competing with international artists and was the only song from unsigned artists on their charts.

How sustainable has the ‘Panache Thursdays’ concept been?

The ‘Panache Thursday’ concept led to the formation of the duo Panache Boyz and later the establishment of the company Panache Entertainment. It was a great introduction for us to the industry and we have grown because of the strong foundations of that platform.

Which direction will the ‘Panache Boyz’ take in 2013?

Our main focus for 2013 is producing more music, DJing at more events and expanding to places outside Gauteng.

What will it take to get there?