Lemon & Herb – An audio showcase of passion for music 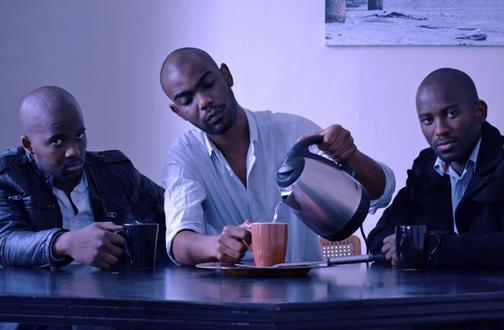 They humbly attribute their success (which has now placed them highly in the SA House Producer’s echelons) to Atjazz, who ran a remix competition a few years ago on his track ‘Love Someone’ featuring Robert Owens. After coming up tops with their ‘Lemon & Herb Uplifting Mix’, they’ve never looked back.

We spoke to them about their impetus in music production and their debut album set to be released during the course of 2013.

You refer to Culoe De Song as an inspiration to your work. What exactly did you learn from him that has been vital in what you are now?

Culoe’s success story is a major source of inspiration to us; above all else. Also being first hand witnesses of his career milestones certainly adds value to our quest.

Technically, we have learnt a great deal from him as far as how to listen critically on a track in the making. We believe it is a vital Producer’s characteristic – to be your own worst critic.

Does this mean you have reached maturity in your productions?

Well, over the years our productions and sound has evolved to what we believe is where we would like it to be. It started off as what you would call an ‘Indigenous African Percussive’ type of sound. As time went on we grew into a particular signature sound that just felt like home to us.

Lemon & Herb was purely a music production collective but over time the DJ’ing aspect of things kicked off, and you know what they say, it’s like driving a car…u can only get better with experience. We feel we’ve grown in that regard as well.

We enjoyed your collaboration with Baba Maqhinga on ‘Thandimali’ (Peng Africa). What sparked the idea for the project?

Well, we are scared of being creatures of habit. Habitual behaviour is pre-installed in the human psyche but we try and flee from this. This also transcends into our music. We try and experiment, change and evolve.

Don was at a gathering where people were chanting a ‘Mbaqanga’ type song and the loop stuck in his head. He went back home and laid down a simple melody and we found Baba Maqhinga’s vocal inflection fitting and we added it.

You are currently working on your debut album, how is it coming along?

The album is coming along very nicely and in fact it is almost complete. We just have two tracks to fine tune and it is off to Carlos Mena (Ocha records). The album really showcases the different dimensions to a more matured Lemon & herb sound and promises to surprise a few.

There are three of you in the group. Are you all producers?

Yes, we all are. The process is quite simple actually. As much as we strive to be in same location for all productions; it is however not possible all the time. Because of this challenge we work on a ‘relay’ like system. One guy starts a project and passes it on to the next guy and so on.

Don is mainly the ‘keys’ guy, so you will find him on the keyboard most of the time. He also heads the mastering and the final arrangements of the product.

Thamz and Skhumbuzo work more with the percussions and all the other bits and pieces involved. All in all we complement one another quite well.

It must be difficult to agree on a concept for a project. Do you work on a criterion that keeps all of you on the same page?

Luckily for us we love more or less the same sound. We listen and play the same music (at gigs, etc.); so agreeing on a project just seems to happen naturally. We also maintain respect and honesty with each other. We believe it is the key to a good working relationship.

We use Fruity Loops a lot. We also sample some sounds from Reason and Cubase but Fruity Loops is our weapon of choice.

If there’s one thing you will like to change in the South African House music scene, what will it be?

Not much really, but one thing we would really appreciate seeing; is a more diverse House music culture which is uniform throughout the country.

An audio manifestation of our passion for music.

We hope to complete and release our album during the course of the year. We wish and hope to see the Lemon & herb brand grow and reach out to more people. Oh, we are also looking forward to some interesting collaborations, be on the lookout for that.