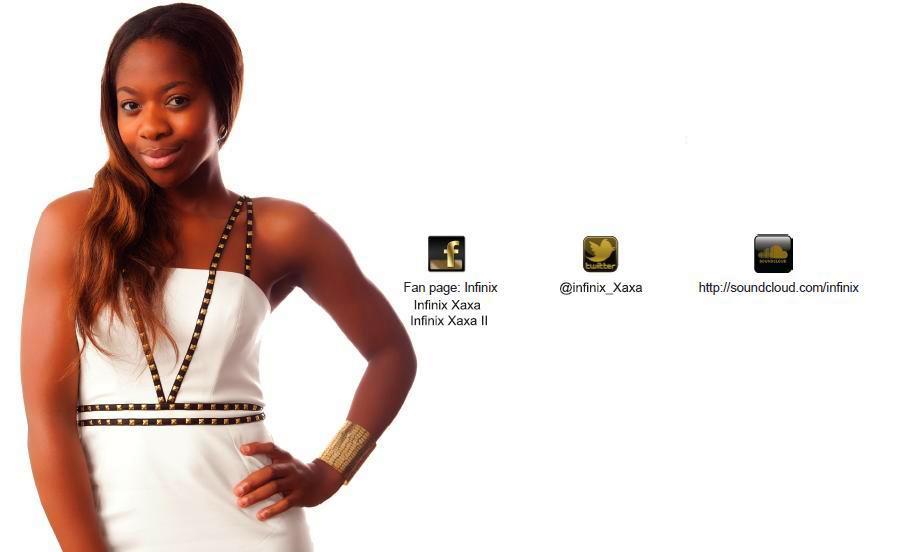 Infinix Xaxa always challenges herself to reach her pinnacle as a DJ; describing her music as a ‘moving art within which people express their authentic feelings’.

She has steadily progressed in her craft exploring many components of the House music scene to great poise. “Music makes my life more colourful than it is, without it I can’t stay content and I find balance in music” she exudes.

Having also put S.A on the map by representing it on a Ghanaian two week tour, Infinix is undoubtedly on a mission to offer something unique.

You began DJ’ing in 2005, since that time what has been you major achievement?

The opportunity to play in Ghana and experience their club scene.

It was one of the most incredible moments of my life. I was booked to play at clubs Afrodesia and Tantra in Accra. I stayed for almost two weeks and the crowd was amazing. I must say West Africa’s club scene is alive!

How do you define your idea of a perfect DJ set?

My idea of a perfect set comprises of perfect beat matching, songs that complement each other and crowd entertainment.

The DJ game is very much a male dominated affair. How do you navigate yourself in the scene to earn respect for what you do and not because you are a female DJ?

I have made it a lifestyle to know my music and read my crowd well. That’s how I have managed to survive the industry and can entertain different kinds of crowds. I have also marketed myself as an entertainment brand not just a lady who DJs.

We hear you have an astounding voice. Do you produce your own music to sing over?

Not as yet, I am still learning the production software and want to release a couple of songs with experienced producers first before I can produce for myself.

Whose productions are you digging right now?

A couple of people actually; Da capo, Keys Snow, Black Coffee, Cueber and Chymamusic just to name a few. I think they all have their own distinct sounds and they all have a unique creative feel in production and remixing, it’s remarkable!

If you had to change on thing in the South African House music scene, what will it be?

Give our vocalists more exposure; there are so many talented vocalists in South Africa but the producers get so much credit and exposure for the tracks they do.

The vocalists on the other hand struggle to get exposure for the contributions they do – some end up disappearing and never grow to become brands in their own right.

Is there a lot of competition amongst female DJ in South Africa?

Not at all; if you don’t have a big record stable or big names behind you, it becomes a struggle for independent female DJ’s to grow and compete in the industry.

Your biography says; “you are on a mission to change the face of House music with respect to female DJ’s”. How do you see yourself doing that?

You don’t really expect me to reveal my plans right? LOL. I can confidently say keep your eyes and ears on the ground on that one.

Alright then, agreed. That’s a valid point. So, what do you hope to accomplish in 2013?

So much, starting with a single and video and the rest will follow.