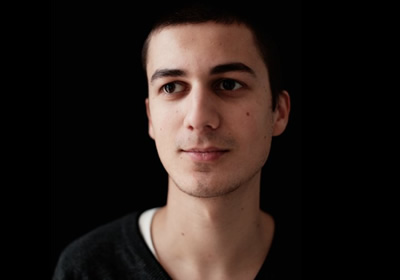 Every once in a while, there comes along someone who manages to turn the House game on its head. Coming out with a new a fresh sound, that makes people look up and take notice. As limited as the House sound is, only a few people have the vision and the audacity to make it into their own sound and create something new entirely.

Bas Amro is one such person who has done just that. This Dutch born, wonder-kid from Enschede has been releasing since 2008 – at the tender age of 16. Impressing crowds and big name producers alike with his wide production range. Bas established a name for himself doing remixes for big producers and renowned music labels. Yet it was only when he started making original works did people really look up and take notice.

Bas Amro took an interest in House music at an early age and got into Dj-ing at the age of 12 but only managed to buy his first set of decks when he turned 14. He then took up an interest in music production. For the next two years Bas started honing his craft, being spurred on by his friends who enjoyed and encouraged him to keep going. At 16 he came into contact with Nils Pronk (aka Dj Prunk le Frunk, from Holland) over a remix that was done just for fun. Nils Pronk was so surprised at what he heard that he actually decided to release it!

It is very clear to hear his influences in his music yet very hard to classify what his actual sound is. The blend between, the old school influences Detroit and Chicago House with the modern day sound of Electronic/Tech House that gives him an edge different from most producers out there. In 2010 Bas Amro released ‘Le Huitieme Arrondissement EP’ (Wolfskuil Ltd), which practically gave him the super stardom status amongst his peers across the Dj’ing and producing board – this also led to a remix by another great Dutch producer Pitto. Later that same year he released two more EP’s: ‘Fast Food EP’ (Save Room Recordings) & ‘African Rodeo EP’ (Neurotraxx Deluxe). 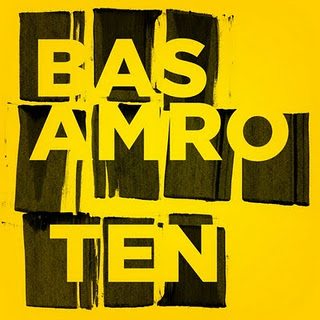 Ultimately this led to him being noticed and appreciated by the likes of Michel de Hey, Jimpster, Gorge, Lauhaus, Deetron, Samuel L Session, Laurent Garnier, Sebo K, Karotte, Thomas Schumacher, Martinez, Varoslav, Radio Slave, John Digweed, Milton Jackson, Osunlade and the list just keeps growing with each release. 2011 has probably had the biggest year of his career thus far by releasing an EP on arguably one of the biggest Deep House labels globally, Freerange Records. The ‘Ten EP’ wass an instant classic with the underground masses, its deep soulful vibe yet still with an old school vibe that you would come to expect from Bas Amro – it should go without saying that it to was well received by the mainstream masses. Another great release was ‘Worries’ from his ‘This Is Me EP’, showcasing his vast array of producing talents.

But wait, there’s more… Bas Amro’s – ‘Soundkilla’ was released on a Defected compilation “Copyright in House Hong Kong ’11”. Oh, and the year is far from over so we can definitely expect more to come before the turn of the new year!

Although Bas Amro is 20, that clearly doesn’t reflect in his work. As if to say he has been in the game for well over decade. We can all but expect many more great releases from this young, highly enthusiastic talent that is Bas Amro. He can only have more to offer us House lovers. But one thing that is a certain guarantee is that he is most definitely going to be here for a very long time! 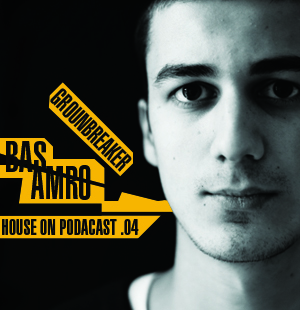 A ONE ON ONE WITH BAS AMRO

Houseonmag: How did it start for you?

I’ve always been really interested in electronic music, so at the age of 12 or 13 I found out about dj-ing and I loved it. At that age it took me a long time to save enough money for turntables and a mixer so by the time I got 14 I finally bought my first decks. At the same time I started experimenting with music production software.

About two years later, when I just got 16, it all still wasn’t that serious until I got in touch with Nils Pronk who offered me to do a remix, just for fun. I knew he wasn’t planning on releasing it, but still I put a lot of afford in the remix, and when I sent it, he was really surprised! He immediately congratulated me on my first release and so I got my first production out there. Since then things started to get moving for me. Even though it didn’t mean that much looking back, I’ll never forget how happy I was that day!

Houseonmag: Why House music and what does it mean to you?

Well even though house music is the main style I produce and play out, it isn’t all about house music for me. Lately I’ve been listening to all kinds of music, a lot of ambient, dubstep, techno, it’s all so inspiring. House music is still my main focus though. The genre is so diverse, you can find soft and sweet house music, hard and energetic, you can find every existing emotion in house music.

Houseonmag: Who are you signed to?

I’m not signed to any label. Though I do work with Bla Bla and Wolfskuil on a regular base.

Houseonmag: How did you manage to get noticed?

I think that’s just a combination of decisions that appeared to be good afterwards. But if I had to name one factor, it would be the releases. Each release got me so much good feedback and followers. It’s really amazing to see how it works!

Houseonmag: Name some of your influences.

In the beginning it was all about the oldskool house producers for me, the Chicago house in particular. I found it really interesting to listen to the way house was produced “back then”, thus it influenced the way I produced.

Nowadays I am more focused on the progressive side of electronic music. I think the same music is being made over and over again lately, and it’s actually killing the inspiration for me. Hearing some new experimental stuff is so much more fun than some new track that’s based on the thing everybody did 15 years ago. It’s cool to be oldskool of course but every now and then I just need to hear something new that immediately pushes me towards my studio!

Houseonmag: How would you describe your production style?

That has always been really difficult for me. I just produce tracks and as soon as I’m doing something completely different in a negative way, like working on something that’s totally not my thing, I’ll notice that before I even get close to finishing the track. So it basically comes to the routine that I’m only able to finish tracks that suit me.

At this exact moment, to name a few: MOVE D, Ben Klock, Marco & Dario Zenker, Steve Rachmad, Josh Wink, Christopher Rau, Lawrence, Mike Dehnert. But this could be totally different the next week…

Houseonmag: Who have you worked with?

I’ve never been that good at producing with others, so far. I did some stuff with El Mundo & Satori and Daniel Sanchez, but even though it wasn’t bad, it wasn’t exactly 1+1=3, if you know what I mean. I really need to feel at ease when producing, and to this day I never really felt at ease in the studio with someone else.

I have no idea! I would love to just sit with someone in the studio and observe his working flow. Those would be the people I named as my favourite producers above here.

Houseonmag: What are you working on currently?

I just finished my remix for Nikola Gala, will be the second release on Audio Tonic. My remix for Terry Lee Brown Junior on Plastic City will be released really soon. A new ep on Bla Bla records is coming up. It’s going to be a slow deephouse ep, and I’m really happy with it so far. I’m still working on another track, and there’s probably gonna be a nice remix on it! After that I’ll be working on yet another ep for another really cool label, I’ll tell you when it’s finished, haha.

Houseonmag: How did things change for you after your ‘Le Huitieme Arrondissement’?

Yes that was absolutely a big milestone.. Unexpected, to be honest. When I finished the track in spring 2010, I sent it to some friends and they really liked it, but that was it. Then when Darko sent me the feedback, I was stunned, I never expected that.

After the release I got so much nice feedback from music lovers all over the world. Also a lot of big labels and producers approached me for ep’s and remixes. It definitely changed a lot for me, people started to know my name. That’s really weird, and to this day I can’t get used to it. But yes, Le Huitieme Arrondissement was definitely the point where I realized big things were coming up!

Houseonmag: Your EP ‘Ten’ released on Freerange Records was a smash hit. How did it come about to do an EP on such an influential label in Deep House music?

That was even more bizarre! I remember back in fall 2010 I was thinking about what I wanted to achieve, and with some other goals, I really wanted to release on Freerange one day. I never expected it to take me only four months, haha! I finished Ten in December, and by that time I was in touch with Jimpster a bit, as he really liked Le Huitieme Arrondissement. So I sent him the track and just a few days later he replied saying that he loved it and asked me if I wanted to release it on Freerange. So that was really a dream come true.

Houseonmag: You’ve only been in the industry for a short period and already have a song featured on a Defected compilation. What was your react to that?

It was a big surprise for me. Defected is a enormous label and the cd is sold all around the world. It’s always cool to get appreciation for your music by people that you didn’t expect it from, like people that usually don’t listen to house music. My sound isn’t exactly like Defected’s, so that made it even more of a compliment for me, that my track was featured on their compilation.

Houseonmag: You’ve managed to achieve so much in such a short period of time, what is next for you?

That’s a hard question to answer. I feel like I’m still learning so much everyday, and I’m still developing myself. Because of that, it’s hard to see where I’m going. Right now I’m in a totally different situation than I thought to be one year ago. Also things keep going faster and faster every month. To be honest, I wish I knew a little more where I’m going, though its nice to just do what I feel like doing and not thinking too much about the future.

Houseonmag: Any plans for a South African tour in the foreseeable future?

Not yet! I did get a lot of requests from promoters over the last few months but nothing confirmed so far. Hopefully soon ofcourse…