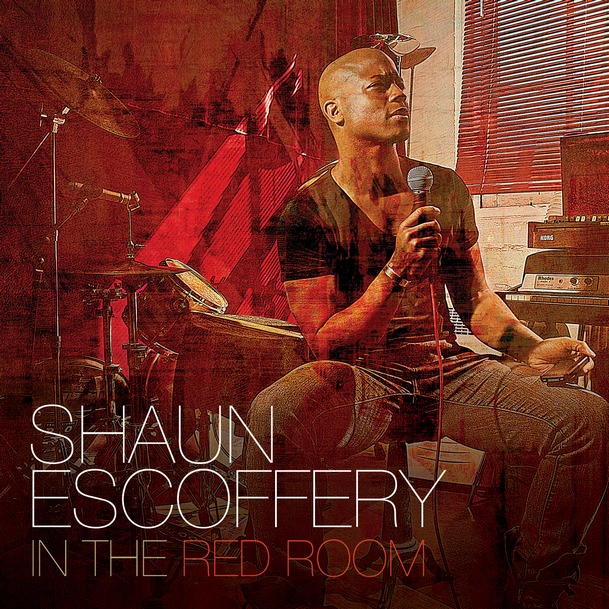 After the success of his two singles ‘Space Rider’ and ‘Days Like This’ and a brief hiatus working on his theater perfomances – Shaun Escoffery is back with another slice of luxurious Soul music – ‘In The Red Room’ – and with repeated listening you uncover more and more fascinating and shimmering layers of reflective mode of thought.

In the wake of the release of his latest album we managed to get hold him to find out what inspires him…..

Since your last album ‘Move into Soul’ in 2007 you have been away from the music scene – why the shift in focus?

The last few years I was solely focused on acting and theatre and my return to making music was prompted purely because I became inspired again. Also because of my love for music and the fact that I finally I had something to say I actually needed to get back into the studio and express myself and connect again with my first love.

It takes many established outfits a bit of time to come up with a strong value proposition for an album – at which moment did you feel you were ready for one?

It just felt like it was time. I was bursting to express myself through writing again and I’d had a few experiences that I learnt from and felt the need to express.

Gil Cang is considered to be one of the most astute producers in the music industry – what contribution and impact did you want him to offer to the album?

He is an amazing producer and songwriter. He has a wealth of knowledge and experience regarding the industry and the genre that we are making. So far it has been a magical combination working alongside him and there is so much music yet to come from our partnership. I’m very excited about the future.

Your sound straddles a lot of music styles – a blend of Soul, Jazz, Funk and RnB. How do you describe your latest album ‘In the Red Room’?

In essence, I best describe it as a Soul album but you will always hear other influences in my music. I see creating music as an ever evolving process. You can draw on so many different experiences and influences that the outcome becomes limitless – that’s what I love about music.

With all the surge of inspiration for creating the album – what feel were you hoping to achieve as a basis for it?

The ethos of this album was always gonna be from the heart – the core. I wanted it to connect with people and the feel was always going be old Soul Music.

I grew up listening to Marvin Gaye, Donny Hathaway, Isley Brothers….and I wanted those influences to come through on this album.

‘Space Rider’ and ‘Days Like This’ were successful in South Africa – did you ever get a sense of how these tracks did in the country?

I knew the tracks did well over there and I can’t wait to come over and do some gigs for you guys.

You and DJ Spinna have collaborated on quite a few projects – how did you come to work with each other?

DJ Spinna and I have worked on each other’s projects throughout the years. It’s great working with him. He’s a great producer and DJ. We first hooked up when I was in New York a good few years ago on our first track called “Music in Me”.

As a musician you must have gone through difficult times in terms of obtaining a record deal and recognition – how did you manage to navigate yourself through all of this and what advice can you share?

Most definitely! Going through hard times is a prerequisite in my industry. You must always have a plan B and C to have a steady stream of income.

You also need to work hard at your craft and be professional. I see people get into music with the sole purpose and motivation of just being famous and I’ve also seen many of them loose their way.

In the album, which song stands out for you?

There are a few tracks on the album that I love and it changes from week to week depending on the mood I’m in – but I just love “Natures Call”. It’s the first single off the album and the topic is quite apt for our times.

Tell us about your friendship with Idris Elba – how you motivate each other in pursuing excellence in your careers?

Idris and I have been friends since our teenage years. He’s one of my oldest and best friends. What I really admire about Idris is that he has achieved worldwide success and he hasn’t changed a bit. He’s as down to earth as he’s ever been.

We’ve always been extremely driven and truly believed in chasing our dreams and honing our crafts – that was always the thing among our circle of friends. We really push each other and Idris for one has been a real inspiration.

Are we going to see you perform in South Africa anytime in the near future?

I cannot wait to come to South Africa. I was last there a good number of years ago doing a mini tour with Mica Paris and Omar and I had a fantastic time. I remember stepping off the plane and feeling like I’d just arrived home.

We toured Johannesburg, Durban, and Cape Town – and because I’m currently playing Mufasa in “The Lion King” here in the UK; I’ve picked up a few words in isiXhosa and isiZulu. So I’m looking forward to exchange a few words and perform for you guys – hopefully very, very soon.

Editor’s Sidenote: Shaun Escoffery ‘In the Red Room’ album is out now on Dome Records.