I remember the first time we encountered the artistry of Sai & Ribatone; it was at The Vick Lavender Experience hosted on the rooftop of The Main Street Life 12 Decades Art Hotel in the Maboneng Precinct. An unforgettable live event produced by BBB Music, Houseonmag and Tessuto AVL. The date, 29 October 2011 not more than 3 months ago where this musically blessed duo stole the show. Initially the pair was due to perform at around 19H00 but due to their impressive gigging schedule they checked in at around 16H00. It’s an image that cannot escape ones’ mind, the duo plugged into the already pumpin’ system and kept us in anticipation to hear them perform the first song in style… they did exactly that and gave us more than we bargined for … yes, they pulled off a show stopper! So much for just warming the decks up for local house music maestro DJ Claude and international record producer Vick Lavender.

I stand to be corrected on this one but from what I can vividly recall from that day, it was on 2 CDJ 2000′s, a Pioneer DJM 700 – 4 channel mixer and an M-Audio KeyStation with a detachable microphone and a portable effects box with which the duo strutt their stuff. It was like a blissful sound coming straight down from the heavens; the mixing was seamless and their track selection masterful and Ribatone on the keys – words cannot describe what we experienced. They took us on a musical journey which included their broken beat version of ”Garden of Eden” originally produced by Black Coffee featuring songstress Zonke, and their repriced original soulful jam “Sunday Showers” which was made popular by DJ Kent and 5FM radio & Club DJ Euphonik. Oh what a day it was… but back to the future we go… and a months later the date is 11/11/11 – the day which signaled the arrival of Sandile Mavuso and Mahlatse Riba (real names) onto the SA mainstream music market. Under a.k.a’s Sai & Ribatone the duo presented their first release, a full studio album produced in creative collaboration between Black Coffee’s Soulistic Music and their independent production company MissedOut Productions!

The soulful urban house album is titled “Here & Now” it presents a mixture of eclectic broken beat sounds and vocal house jams with instrumentals and dub tracks seemlessly mixed in-between. I quote a well defining description of the album, “’Here and Now’ has boundless craftsmanship of digital and live music, including captivating and harmonious vocal magic that are provoking.” – Taken from the Sai & Ribatone official website. A statement I’m sure many revellers will agree with, to further quantify the anticipation of the big drop by the duo, it was said that “Here & Now” was to be one of the best house albums to be released last year, and sure-case – that it was! Another quote from their website best describing the duo and their talents – “One of Sai & Ribatones’ greatest attributes here is the originality; their songs showcase African qualities remarkably and they are all easy to listen to. Let it be said that “Here and Now” markets the duos exceptional production talents.”

The album is in stores so, go on and buy yourself a copy of this timeless and majestic sound. I mean a few singles including “This Love” (which has already made its way to the Hot 99 – Dance Chart on YFM) while other titles like “I’m in love with you” and “Been around (the world)” are finding favour with music lovers and receiving major prop’s from the likes of Vick Lavender and Vinni Da Vinci amongst other greats.

Sai & Ribatone talk to us about “Here & Now”, their diverse musical upbringings and expirences as well as their future in this ever changing game of music…

Houseonmag: Sure gents, we need to know, who is Sai and who is Ribatone?

Sai & Ribatone are a dynamic duo of music producers and performers.

No. Our real names are Sandile Mavuso (Sai) and Mahlatse Riba (Ribatone).

Houseonmag: Where do Sai and Ribatone originally come from? And where is the duo currently based?

We are both based in Soweto, Sai’s is from Mofolo and Mahlatse is based in Rockville and grew up in both Limpopo and Soweto.

Houseonmag: Sai, take us through your first encounter with house music…

My first encounter with house music was in 1989/90 when it was still called “International” and I got exposed to it through a neighbour. I would rush back from school just to experience this magical sound, Weekends were the best days… 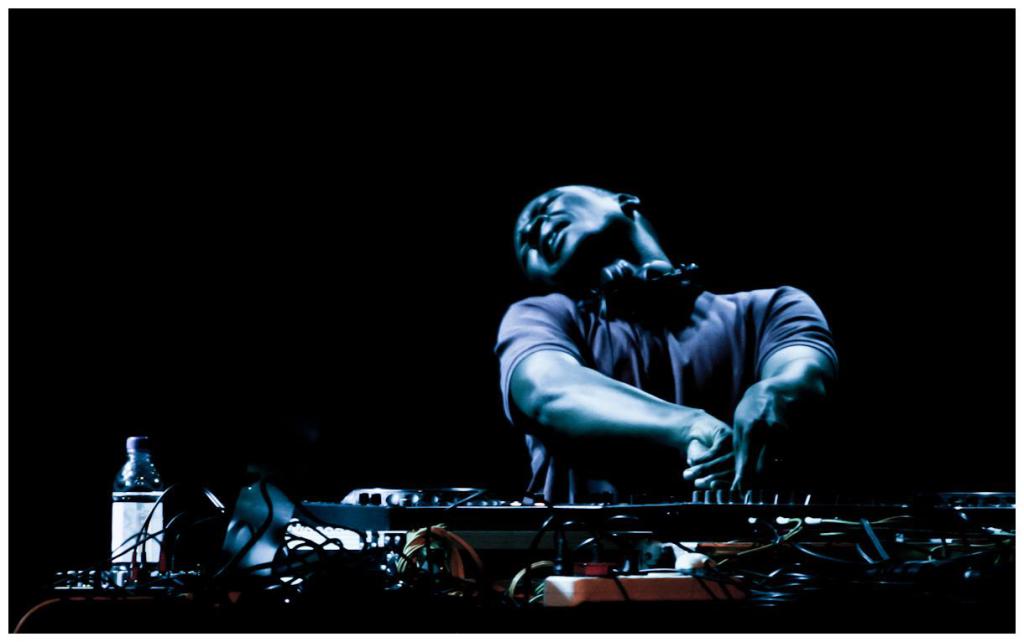 Houseonmag: Ribatone what emotions does house music evoke in you?

A quote that we like to use explains it all: “House Music is something we all can hear, but only the sensitive can feel it”. House music is a musical expression that evokes any emotion from happy to sad, depending on what type of house music you listening to.

Houseonmag: When did it all begin for you as individuals? Tell us briefly how your journeys began respectively…

Ribatone:  How it all began for me hen a was 12 years old and my uncle left his keyboard at home and have been glued to it since then!  I would play my favourite kwaito
basslines and started meeting music producers. Those interactions sparked an interest to go to a music school and I got involved in various bands such as Kwani Experience and it has been a very colourful journey since then and moving forward… 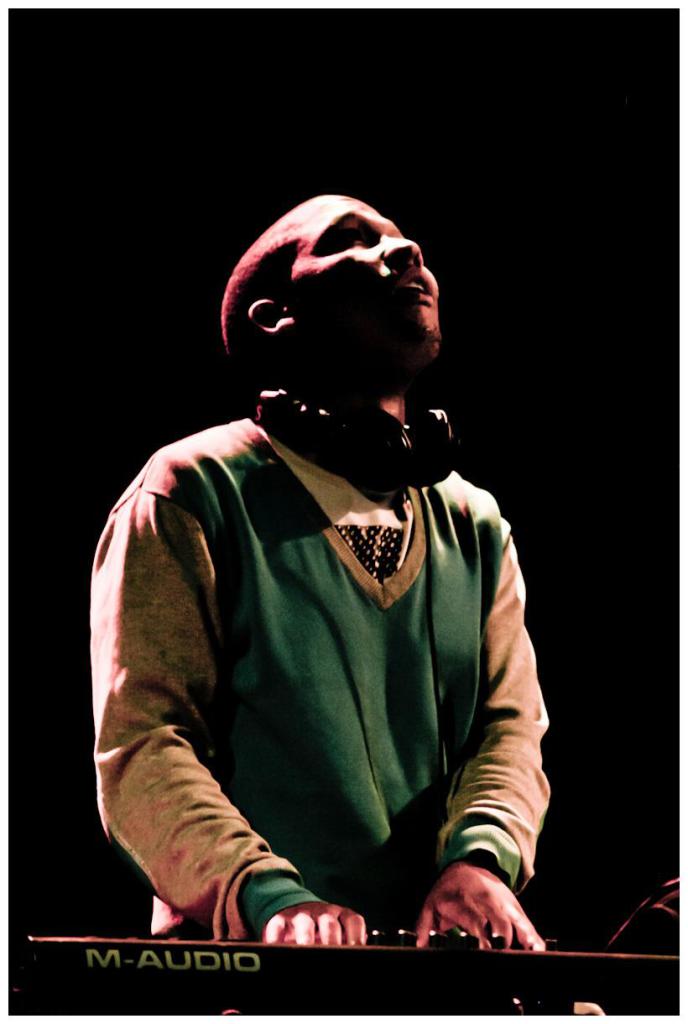 Houseonmag: How did the musical duo, we now know as Sai and Ribatone come to be?

Sai went to check out Kwani Experience in late 2006 and after the performance, Sai approached Ribatone about possibly working together on some of  his production. The following day the journey began with Sunday Showers…

Houseonmag: What is Sai’s role in the duo and respectively what is Ribatone’s role?

Sai is the DJ in the duo, who brings his sound engineering expertise in both the studio and our live performances while Ribatone is the keyboardist, vocalist and composer. We are both music producers.

Houseonmag: You are now signed to Black Coffee’s record label Soulistic Music, how did this come about?

We’re in a joint venture with Soulistic Music through our company, MissedOut Production. Ribatone & Black Coffee have been friends  for a couple of years and
the business relationship grew from the remix we did for “Gardens of Eden” off the “Home Brewed” album.

Yes it does and  we excited with the endless opportunities that it provides! 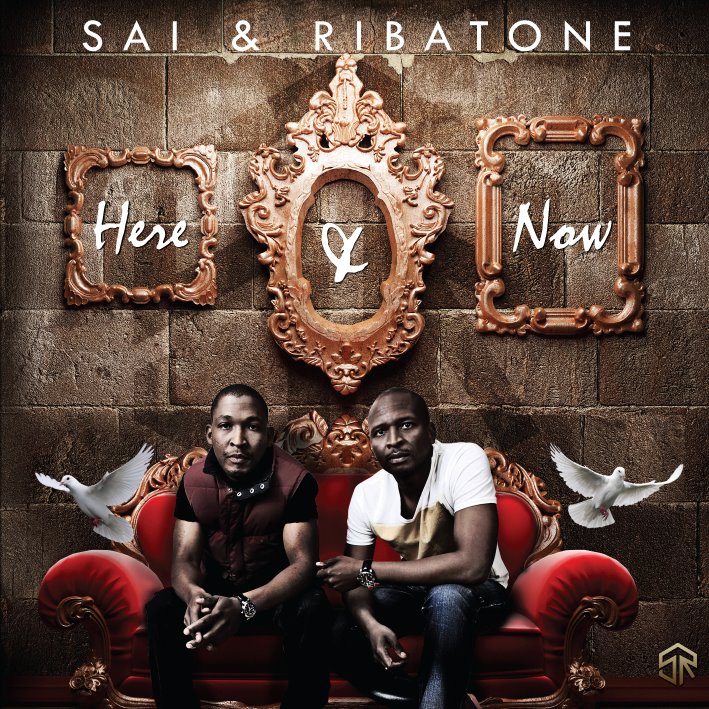 Houseonmag: Kindly give us a breakdown of your first studio album – “Here & Now”…

The theme is about love: Loving what you do, the various relationship situations that we have experienced personally or inspired by what we see around and being grateful for the blessings we receive! It’s a non-stop party that will take you on a journey around the world in 12 tracks! We have learned to make what we have work for us as opposed to complaining about what we ideally want!

It’s been a labour of love! The album has been worked (and reworked on) through our conversations with industry peers and various individuals. The end result has been an evolution that reflects our experiences including our surroundings, production growth and the brand that we excited about!

Houseonmag: Which would you say are your personal favourite tracks off the album?

The album is diverse; each song has its own character and becomes hard to pick just one!

Houseonmag: Which titles should we look out for?

Houseonmag: Why has it taken so long to release your first studio album?

We were refining our sound, live performance and the brand to make sure that it would be sustainable and always be fresh!

Houseonmag: Please tell us about the first single on the album?

The first single is “Tonite” and it’s about the greatest night out that you’ve ever had with your friends that includes a celebration after working hard!

Houseonmag: On this album which artists did you feature and enjoy working with?

Houseonmag: From all the tracks Sai and Ribatone have produced, which is your favourite and why?

We would say “Sunday showers” as it was the first song that we worked on the day after meeting and introduced the brand to the world!

Houseonmag: It is said that you are the original creators of Kentphoniks’ popular rendition of “Sunday Showers” is this true?

Houseonmag: Your sound is very soulful yet progressively groovy, what makes  Sai and Ribatone original?

Our eclectic taste in music. We listen to anything that sounds good! When we’re not listening to house, we will listen to anything from hip hop to jazz (and everything in-between)! What makes us original is our honesty in sharing our views on music and its delivery without holding back!

Houseonmag: As unique as your sound is many house music revellers have likened you guys as SA’s own Harley and Muscle, your thoughts on this notion?

It’s an honour to be compared to such a successful outfit  that’s proved to be about the music all the way, we still would  like to carve our own history!

Houseonmag: South Africa has an extraordinary league of legends in house music… Which of these legends would you say inspired you to do what you do today?

Houseonmag: You guys are the creators of the theme score, for the popular television series Society, how did this come about?

Ribatone, through his involvement with Kwani Experience, met KenZhero over the years and they worked together with the collective in eventing that has included Oppikoppi and Party People. Through their contacts an opportunity arose for scoring for this series and they did justice to it…

Houseonmag: We are sitting on the dawn of the festive season, where can we see Sai & Ribatone live on the wheels of steel?

For all the info on any future events catch us on Twitter: @SaiRibatone or LIKE our page on Facebook under Sai & Ribatone.  For bookings please email: bookings@soulisticmusic.com or visit our website: www.saiandribatone.co.za for general info email: info@saiandribatone.co.za

Houseonmag: What do you have planned for 2012?

Taking our sound to the whole world and refining ourselves and sound to grow our brand to be world-class!