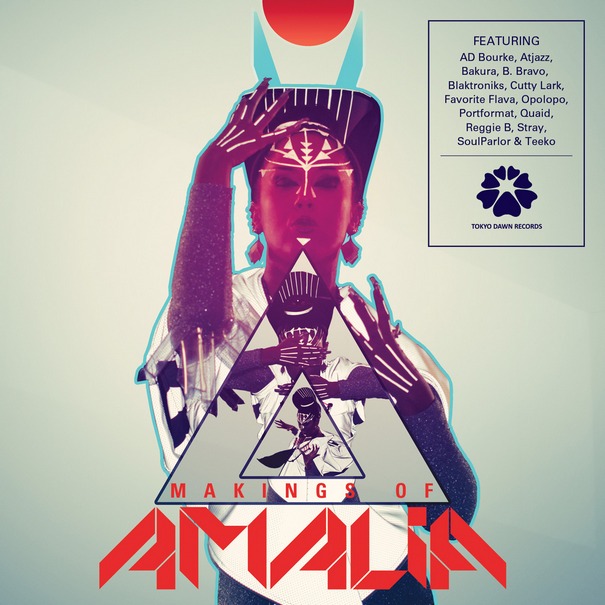 Amalia is an artist better heard than described and naturally; you’ll be forgiven for scratching your head when asked about who she is. But make no mistake, she is as real as they get.

And with that said; I’ll make an attempt to articulate her album ‘Makings of Amalia’ in my little pretzel logic to try and help you create within your ‘music sense’ a somewhat comprehendible ‘sonic mapping’ of her sound.

Although the album is very much saturated by each producer’s insignia (that contributed in the album) in terms of sound/beat arrangement and there is quite a few of them. Her artistry nevertheless (out of that creative deluge) comes out.

The album is deliriously unpredictable. It’s punctuated with jerky fits and starts, drifting at times into mellow moments, only to get yanked back into a modern/futuristic ‘funked up’ flow.

It unfolds in a breakneck spontaneity that if you blink, you’ve missed something important.

I’ll understand if none of this makes sense, but on record, I think she’s a compelling artist and I’m sure you’ll agree with me once you take a listen to her on an Atjazz track ‘One’.

Perhaps, it’ll also jolt your memory to remember who she is; as I believe it’s one of popular (or commonly played) tracks she features in. I think this album is a testament of her talent that Im looking forward to see more of.