Pixie Bennett – Save Yourself (BBB Music) 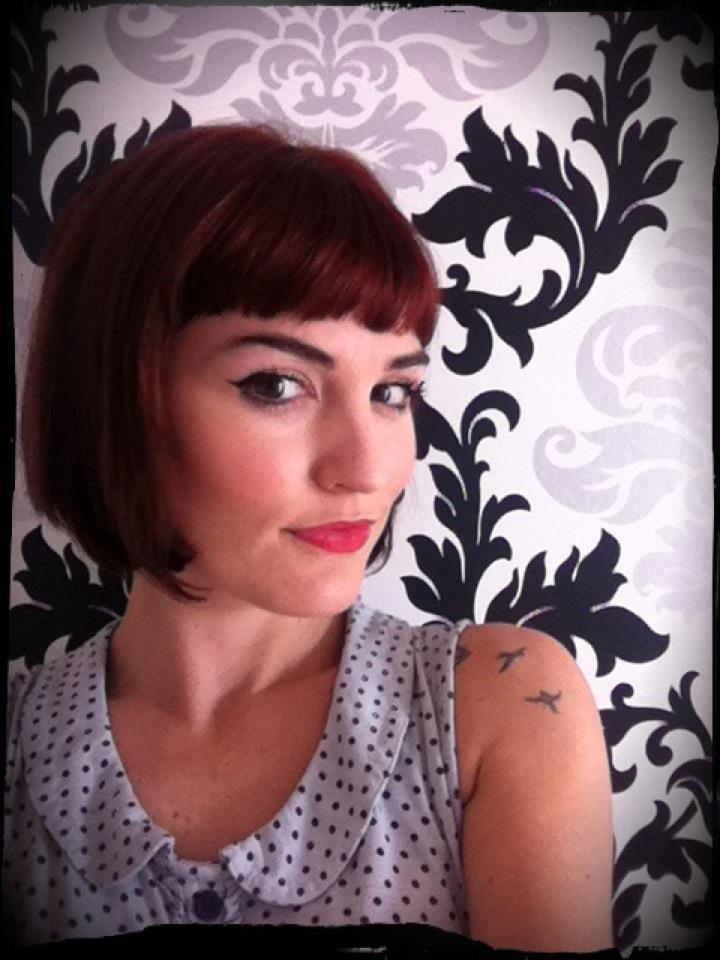 She has come very far since the SA Idols TV Show [season 5] where the SA audience was seduced by her soulful, jazzy voice combined with an energetic and magnetic onstage performance.

You will also recognise her from a Pop Rock outfit ‘The Pixie Bennett Band’ that garnered local success and was nominated for an ‘MK award’ in the “Best New Artist” category for their début video.

She has now come full circle; back into what she intimately loves the most – Dance/House music. We chatted to songbird Pixie Bennett on what has brought her back to her long-time passion and her latest single ‘Save Yourself’ (BBB Music), produced by Craig Massive.

So Pixie, you’re a singer and a song writer, what creative process goes into your song writing?

I write to a rhythm or a bass line. So all I would need basically is a beat to start the process. Also, depending on the key of the beat; I feel out the melody and then add lyrics to match the mood I get from the two together. I often write phrases in a notebook and would use those lyric ideas sometimes years down the line.

Every artist or musician is influenced by something or someone. What are your influences and which music trend has inspired you the most?

Older lyrical Hip Hop and Jazz influenced my writing when I started out. I listen to the likes of Mos Def and my icon from a vocalist perspective or influence is still Jill Scott. My exposure to ‘Down-tempo House’ on the other hand sparked my love of House beats layered with soulful vocals; similar to Blue Six. That has shaped my current musical direction.

From a Pop Rock sound to Deep House, how did that come about?

I had actually started out with Chilled/Down-tempo House; signed to a small label in Ibiza while I was travelling, working in Ibiza, Italy, London and Turkey. When I came back to South Africa; I started the Pixie Bennett Band which was initially more Melodic Rock with jazzy vocals.

After entering Idols I had a huge Pop following so I adjusted my sound and band material to cater for that market. After two years with the band I realised my love of music was with House music and things came full circle bringing me back into the Deep House market.

What are some of the challenges you are faced with as an artist and a musician?

As an ex Idol; I faced a challenge of getting other musicians to take me seriously because of my overnight fame. After five years however of me still being around; I managed to show some longevity and I earned respect again in that way.

When I broke away from Pop Rock it was a challenge making new fans in a new market. And regardless of your level of success, you are only as good as your last single; so every new release is a challenge in that you have promote it as if it is your first song.

How do you plan to differentiate your sound from what is currently and already in the market?

To my knowledge, there are no other ‘white South African’ female artists consistently performing and releasing Afro influenced dance music currently in the South African market. That in itself is a different product for the audience.

I have not planned to be consciously different and I haven’t planned to sound similar to any other artist’s. I have just tried to be true to elements that are my reflection and I know there is only one of me.

So I hope that my voice blended with my love of bass lines and rhythm, sets me apart in a way that is fresh but also familiar.

Tell us about your experience with Idols, what kind of impact did it have on your career?

It had a massive impact on my growth as a person which helped me grow my career. Being vulnerable and opening oneself to criticism of millions of South Africans makes you tough. It teaches you to stay true to yourself because you will never please everyone.

The media exposure was also a huge asset in establishing the foundation I needed my career to leverage off. It gave me a foot in the door to the industry.

You’ve spent some time in Europe, how did it influence you personally and your interpretation of music in general?

Working in Ibiza had a big influence on my ideas of what a stage performance should incorporate and the theatrics of it. My other experiences gave me a lot of perspective and material for my lyrics. I also realised that it is way more possible to get recognition overseas when you are a big fish in your own country first.

People always like to look after their up and coming locals before they consider an up and coming international artist regardless of how good your product is.

How different is the European music scene from the local South African one?

In my opinion, it is not as different as people may expect. Musicians are still going through the same challenges as here in South Africa. They are fighting for recognition and airplay.

International music and their music culture is used to seem very far removed, and now with the internet and social media there is way more cross pollination of ideas, strategies and systems which help will SA grow our scene to similar standards.

You’ve worked a lot with Soulcandi Records yet you’ve decided to release your album with BBB Music, any particular reasons for that?

I will always be close with the label but ‘BBB Music’ has fewer artists, an inspiring vision and they offered me the best deal for the album. Universal Music have subsequently partnered with us on for the release.

After years of ‘The Pixie Bennett band’ with great achievements; what made you go solo and has it altered your relationship with other band members?

In the last six months of our band; the guys got a contract for a long show over the World Cup Finals, so I had to take on new members to session for me and to fill gigs. I loved performing in the band but I really missed House music. I then decided to relocate to JHB to follow my true passion in a new market.

Funnily enough those new band members went on to form “Gangs of Ballet” which are taking SA by storm and we hang out whenever they are in Jozi.

With your latest offering, what kind of traction (with your audience) do you anticipate?

I am hoping that it appeals to my idols fans in the commercial market as well as my House fans in the main market and that people will fall in love with a crossover blend of Afro inspired beats with catchy vocals.

And lastly, how would you describe your sense of style when it comes to fashion?

People have described my style as bold and edgy. I love to throw in statement items like a loud print or striking colours/jewellery and just have fun with it! I guess it reflects my personality and music because it shows my creativity, courage and ability to not take life too seriously.