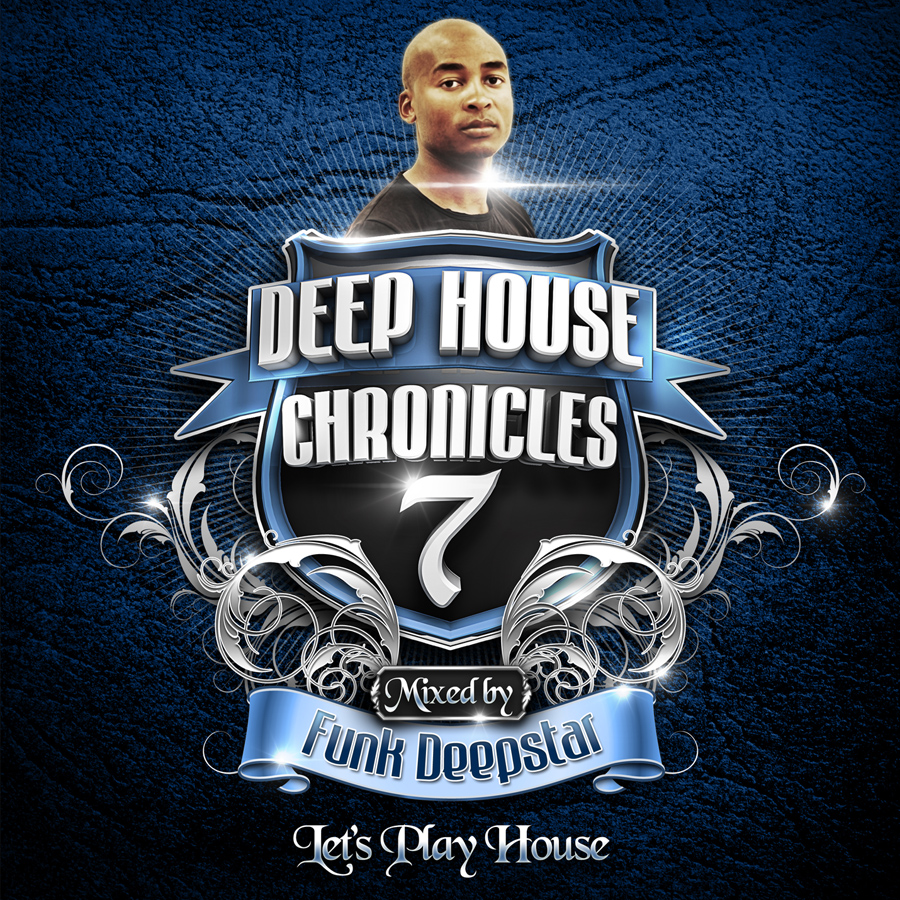 From what started out as one man’s passion for the Deep House sound has evolved into what might just be the Urban House compilation of the year.

We’ve [Houseonmag] firmly placed this 13 track offering amongst our favourites, a reminder of what a Classic Deep House album is all about. In comparison to compilations by DJ Claude and the Musikology Series, DJ China’s (Deep Inside Series), Miggs (FoReal House Styles Series) to DJ Terance and his classic Music Box series –  ‘Lets Play House’  is one that has something unique and truly refreshing.

I personally, cannot wait to hear how Funk DeepStar is going to follow-up on this epic release!

It’s taken some time to piece together this album review. So instead of giving you my thoughts of the album, we decided to get the man behind the music to tell us all about Deep House Chronicles 7 “Lets Play House”.

Houseonmag: You recently released a compilation under a signature Soul Candi Series – Deep House Chronicles 7. How did this all come about?

Funk DeepStar: It’s funny how things turn out sometimes. You set out do one thing and what comes out the other end is something altogether different. It started out as a simple platform for one man to unleash his love of house on the unsuspecting public. The project came together through my podcast Deep Groove Sessions – Let’s Play House.  I have been receiving huge requests for doing a compilation by my followers on the show & fans.  As you know the show has been very successful, in the past ranked No.1 worldwide in the house music category. I then approached Soul Candi and made an appointment with Kid Fonque, we discussed few things and after a couple of weeks, He dropped me an email, stating that they (SC) will like me to do their next DHC7.

Houseonmag: What can we expect to find on DHC7?

Funk DeepStar: DHC7 resembles all the previous releases of the series by the likes of Malankane, Lulo Café, Miggs, G-family and Phat Jack in offering nothing else but deep house sounds, I have compiled materials from amazing talent across Europe and locally, the likes of Jimpster, The Soul Renegades, Atjazz, Jullian Gomez, Andys & Nteeze, Darque & Lele X, Infinite Boys, Frankie Feliciano, Mr O & Ckenz Voucal, Pablo Fierro & Spirit Chasers. It’s a real mish mash but at the heart of all the tracks are good vocals and proper deep house songs that can be appreciated by all deep house lovers.

Houseonmag: Would you say your DHC7 resembles the sound followers of Deeper Groove Sessions have come to know you by?

Funk DeepStar: Most definitely, I was lucky to have worked with an individual who understands the kind of music I am known for playing on my podcast and my guest mixes on DSOH, so Kid Fonque gave me the platform to choose my own tracks for the album. Moreover I didn’t want to cram the album full of obvious dance floor tunes, the main aim was to create a body of work that I could be proud of, and would hopefully stand the test of time.

Houseonmag: We heard that you back in studio producing have you included any of your productions of on DHC7?

Funk DeepStar: Yes, I have included my debut single that I have worked with Mr O feat Ckenz Voucalz “I Got This Feeling” sitting on track no.6, I have seen some of Ckenz Voucalz’s work on YouTube, and Kid Fonque, managed to have a good relationship with him so he got as in touch, We got together at the Soul Candi Studios for a session alongside Mr O & TabzUngerground . He was fabulous to work with. He was very focused and confident but also humble with it; I could tell he is destined for great things. It was the same sort of passion I saw in TabzUnderground and Mr O too. It was Kid’s idea to try something that had that Charles Webster’s flavour in it and the song came together really nicely.

Houseonmag: Which is your favourite tune off this compilation?

Funk DeepStar: I have to say that I’m enjoying every single song off this album, I can’t pick!!! They’re all so great – Nah, I want to make people choose. I feel that when you have to choose just one, you tend to listen to every song more closely and more times to decide on the number 1 favorite, so “Let’s Play House”.

I’m hoping that every urban house-head has this offering as part of their ever growing collection, as it is surely – one for the ages.