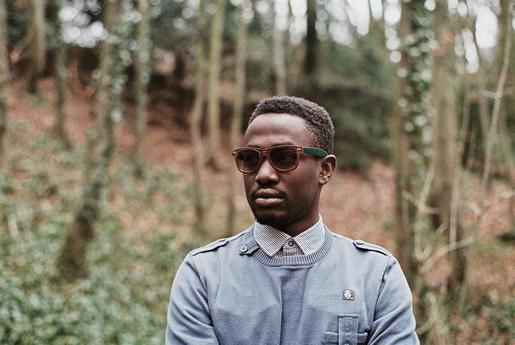 Lazarus Mathebula [known to his peers as The LazarusMan] has earned himself a reputation of setting the atmosphere on fire when he performs live. His dexterous performances have earned him accolades and a spot amongst decorated electronic music producers. I got in touch with The Lazarusman to tell us more about some of his performances and his ideas on the current SA scene.

You’re a slam poet first and foremost. In your opinion how does the current SA poetry scene look like?

The SA poetry scene is filled with a lot of texture. It’s interesting to see that every area in SA has a particular style. The boys from the Vaal have their way of doing things which is different from the Pretoria massive and what the Soweto kids are throwing down. KZN is very vernacular and it’s awesome.

We’re very punch-line based. That sets us apart from our American counterparts. They like to tell stories. We use a lot of puns and rely on word play and metaphysics to get our stories across. I like how we do things here at home. There’s a lot of competition in the industry which is at times healthy and sometimes absurd but the scene is growing happily.

How does is make you feel to be a contributor into the scene?

It’s a superlative feeling really. I have been part of it for almost eleven years now have seen its rise, popularity and fall over the years. It’s now steady with regular shows around the country. I hope it stays this way so it can grow more.

We need to focus even more as I truly feel that some of the artist in the country are on par if not better than some international poets out there, you can take that to the bank!

Your work is highly recognized abroad but hasn’t received much recognition here in SA. Why do you think that is?

I think it’s due to the rapid pace of the music scene in Europe proved by the number of releases out daily in there and we don’t really have constant regulator in the country. I also think that internet access is a factor – most people hear my music but can’t access it.

The guys I also work with operate in an ‘underground scene’ and SA is very much interested in the commercial aspect of House – recognition in that area is hard to come by. What’s interesting is that the tracks I released a year ago are starting to get air play now. I hear them in the hood and people’s phones, which is cool. It means someone out there is listening – maybe there’s a shift occurring in the music scene.

I would however like to thank YFM and Metro FM for playing my stuff, it’s a great feeling. 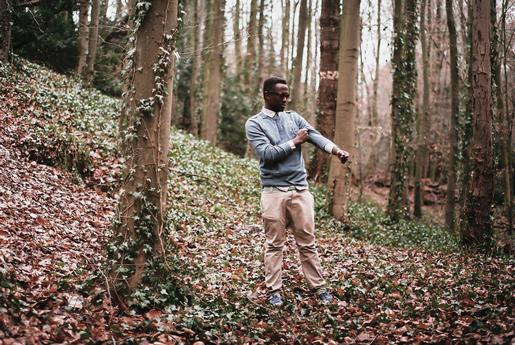 Into which direction do you see this shift moving?

I think we need more Internet Radio shows, Podcasts and magazines covering the scene. We can’t have one or two entities governing the scene because there’ll be a bit of a monopoly. Currently, there’re certain personalities and institutions deciding what’s hot and what’s not. The music belongs to the people. We consume House music like no other nation and I’d like to see that mean more than just a topic at a bar, nightclub or a tag line at a party.

Your collaborations with DJ/Producer Martin Stimming have been successful. How did you guys meet?

Honestly, it was a series of coincidences and mostly luck. The internet has made the world a smaller place and I think at this moment there’s no person who appreciates the existence of the internet more than I do.

We met on Facebook, after stalking him for some time. He appeared one day on my chat window thingy. I introduced myself. I informed him of what I did and my love for his music and offered him my works. He agreed; in principle.

At the time when I offered him a sample of my work I hadn’t recorded anything – well not for House music that is. The next few days [after our chat] were a frantic run around trying to find a studio to do vocals for the man. That’s how ‘Funk With Me’ was born. We followed up in 2010 with ‘Change’ which did well and by March 2012 ‘The Song’ was also charting.

Stimming’s vision and guidance played a big role in getting me to where I am today. I’d be nothing in this industry without him. I’m very grateful and lucky to have had him in my corner.

What’s your approach on writing poems and writing in general?

They way I write for stages and live shows is different from my songs. My stage works are whimsical and a little funny. I try to convey serious or thought provoking issues through the humour. This is not the case when I write for music. There’s a lot of emotion there. I get a connection with the music that I find it hard to be anything but real, emotive and [for lack of a better word] deep. 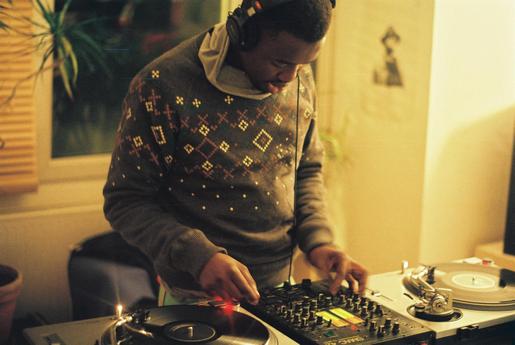 You were invited to perform in Denmark by the Danish Council for Cultural Development. How was that like?

The festivals were amazing. I attended a festival called ‘The World Wide Words’; a spoken word fest and shared the stage with some of the world’s best writers and wordsmiths. It was a like a retreat for writers. I then also attended the ‘My World Images’ festival. I travelled Denmark sharing my artwork from barnyards to Denmark’s National theatre. I was worried that they wouldn’t know how to relate to my work. English however is Denmark’s second language so it went well. To this day I get people ‘inboxing’ lines from my poems. I think after the festival I was able to take myself seriously as an artist, which I hadn’t done before.

How was it like working at Solomun’s studio ‘Diynamic’? Did it change/ inspire your outlook of the idea of Slam Poetry and Electronic music especially Deep House?

Meeting Solomun was really and honour. He’s really a great guy. The interesting thing is that Martin’s [Stimming] and Solomun’s studios are situated above club ‘EGO’ (which Diynamic owns) – so there is so much energy in the air, creativity is easy to come by.

The studio setup was simpler than I had anticipated. I was expecting ‘Starship Enterprise’ type controllers and ‘Robocop’ working the tech equipment. It was however all very personal and everyone had their preferences.

When I met these chaps I was like… this is it! Solomun knows me by name now. I got to sleep on Stimming’s couch – people I idolized and drew inspiration from. They now see me as an equal. That week changed my mind. They even had Seth Troxler play at ‘Ego’ on the weekend and he heard our new song at the time ‘Change’. He loved it – Seth Troxler (bats man…… freaking bats man!). I was humbled.

I chatted to Dani (Daniel Kyo) not so long ago; he’s pleased with the results of your collaboration with him. What did you work on?

I initially was hoping to release a Dance track with Dani; but he was like… yeah dude I have a Hip Hop’ish vibe track I would like you to check out. I was like ok. The minute I heard the track, I thought about all the cities I’d visited and what I’d seen and what they all had in common – from Brussels, Hamburg to Johannesburg. I’m also very happy with the outcome.

How do you envisage a perfect fusion of electronic music with Slam Poetry?

My approach right now is for my lyrics or my poems to be more than just a dribble of words that enhance the track and make it commercially viable [not that it’s a bad thing]. A perfect amalgamation however [for me] is when the track and the lyrics complement each other not just musically but in meaning. It all has to flow.

In the future I hope to see people recognizing the lyrics even without the music. That’s what I’m trying to do; that is the fusion I’m striving for and it’s working so far. I get people asking for the lyrics. I hope to see more of this and not just dance, shake move your body type lyrics. A track that you’ll rewind or play it again just to hear your favourite line – I want people do to that.

Have you been performing SA lately?

Honestly, I haven’t been performing lately as I have had other priorities for most of this year. I did however win the prestigious T.W.O.P slam earlier this year which was amazing because the competition was so tough. I have been doing a few shows for my sponsor Supremebeing clothing alongside the likes of some great local DJ’s Whitey D’vine, Nick Essential, and Robbi Sloan. So for now people will catch me at ‘Supremebeing’ parties and functions.

Where to from here, musically and personally?

I’d like to release an album in a year or two. I just need to find the time and work on it. That’s a dream and a personal goal mine and I’m confident I’ll fulfil it. There are a few SA acts I’d really like to work with, Black Coffee and Jullian Gomez. I’m hoping to drop something with them. I’m also working on an EP that hopefully should be out later this year. I’m excited about that.

All the tracks will be my own original works. I have a few more releases due this year, with Tigerskin on ‘Get Physical’, something with the Cosmic Cowboys and Aki Bergen later this year too. It’s been a good year thus far.